This sequel to Westworld is the next stop on the Sci-Fi Chronicles book. It sees Yul Brynner returning, ever so briefly, and in the oddest way possible, as the Gunslinger, while two reporters, Chuck (Peter Fonda) and Tracy (Blythe Danner)investigate the strange theme park, Futureworld, after another reporter is killed while trying to get a story out.

We get a quick reminder of the events of the first film, before our two stalwart reporters are shipped off to the new, revitalised park. But you and I both know what’s going to happen – a top of the line theme park, with robots wandering around helping people live out their fantasies, it’s going to go south really quick.

A lot big wigs, and VIPs are invited to take a look at the park,there all paper thin characterisations, and we know they’re all fodder anyway (or are they even important to the story?), and only Chuck and Tracy are of any real importance with the barest of character arcs drawn out for them – he’s a newspaper man, she’s a television reporter, and they have a past together.

As before the park has four worlds, Romeworld, Medievalworld, Westworld and Futureworld, but this time the action takes place in the latter, as the guests are launched on a space shuttle and travel to a starship (all of this is staged) and from there they are allowed to indulge any whim they have with any of the humanoid robots that populate the park.

Chuck and Tracy enjoy the treats of Futureworld, but they are also permitted to take a look at what goes on behind-the-scenes, which only fires their imagination more when it comes to tracking down why their fellow reporter was killed. 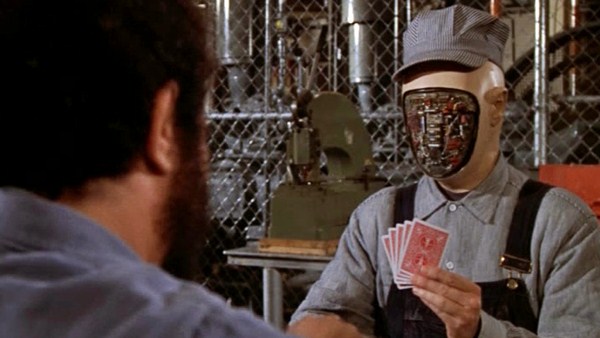 There are some cool ideas, and effects, some done very well for the time, including a chess game, skiing on the surface of Mars, and the copying and creation of new robots based on the theme park guests for nefarious reasons.

The Rockford Files’ Stuart Margolin makes an appearance, just in the nick of time for Chuck and Tracy.

The reveal isn’t entirely unexpected, I mean it’s right there on the movie poster, and it’s a story that has been explored, seemingly countless times before.

For my money, I prefer the original, futuristic park, park goes sideways, chaos and action beats ensue. This time around, it seemed like they wanted to get away from the first story, while staying in the same universe, and explore another idea, spoiler for a 40 year old film, that of robotic replacement to better control the human populace.

Seeing as the company itself isn’t expanded on, its politics, its intentions (except for when the reveal comes along), it doesn’t feel like so much of a thriller, or even that much of a threat. I think if they had built up the atmosphere a little more, hinted that the company wasn’t as up and up and Disney-esque as they appeared to be, there have been more menace.

And Danner and Fonda seem quite happy to traipse through the scenery, trying to anchor the film, but neither of them are given enough to do character-wise to elevate this one higher than a B-movie.

Stick with the original, or get excited for the new HBO series instead! 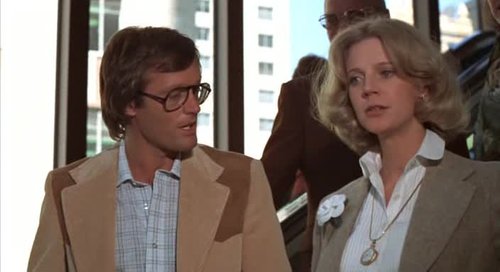