As we move back to the Romance and Melodrama genre in the Great Movies – 100 Years of Film book, we get to revisit one of my favourite films (many people share that opinion, and who can blame them?!) – Casablanca.

It came along at just the right time, had just the right cast, music, script, direction, design, and it resonated, echoing through the decades with a tale of love in a time of war.

Rick (Humphrey Bogart) is a man without a country, running a fairly successful bar in Casablanca, far from his home in America, and far from his broken heart, which he left in France. But fate, and the war finds a way to intrude, as a group of Nazis arrive in anticipation of the arrival of resistance fighter Victor Laszlo (Paul Henreid) and his wife, Ilsa (Ingrid Bergman).

There are rumours that Rick has a pair of letters of transit on hand that would help Lazlo and Ilsa get out of the country and away from the Nazis, but the past between he and Ilsa weighs heavily upon him, one that Ilsa recalls, indulges, and perhaps falls for as well.

With a brilliant supporting cast, including Claude Rains as Captain Louis Renault, Peter Lorre as Ugarte and Dooley Wilson as Sam, the film, laced with dialogue that is still very much in the everyday vernacular, gorgeous music by Max Steiner, took home three Oscars, Best Picture, Best Director, and Best Screenplay, and has found a way into film lover’s hearts everywhere, and a staple for any cinematic education.

I discovered this one, much like many of the films I missed when I was young, in my time at university, and was once again stunned by the film-making, the story, and the iconic moments and dialogue. To this day, it stands the test of time, remaining a beautiful film, solidly paced, engaging in its romance, melodrama, and its wonderful sprinkling of humour.

Bogart is charming as Rick, who upon discovering Ilsa is in his bar, turns melancholy and brooding, while Bergman is simply radiant and beautiful.

There is nothing I can say about this film that hasn’t been said before, I can only recommend it and revisit it, and love it over and over again. From the glimpses of a black market at work in Casablanca, to Rick’s morals and heart (no matter how well he keeps them hidden), to Ilsa seeking out Rick to persuade him to help to Louis gambling habit, there is nothing here that isn’t well thought out and a level of reality, even if it leans towards the melodramatic.

There are poignant moments; the young wife pleading with Rick, the heartbreak Rick hints at as Sam plays, the ending… there doesn’t seem to be a miscast role in the film, no matter the size, the dialogue, lords the dialogue in this film is so sharp, so smart, so layered…

This is one of those films that if I come across it somewhere I can’t help but watch it. It’s one of those perfect movie experiences for me, I love watching it, I love sharing it, and I don’t think I watch it enough (I used to throw it on all the time when I worked at a video store).

Me and Casablanca, to paraphrase Louis, has been a beautiful friendship. 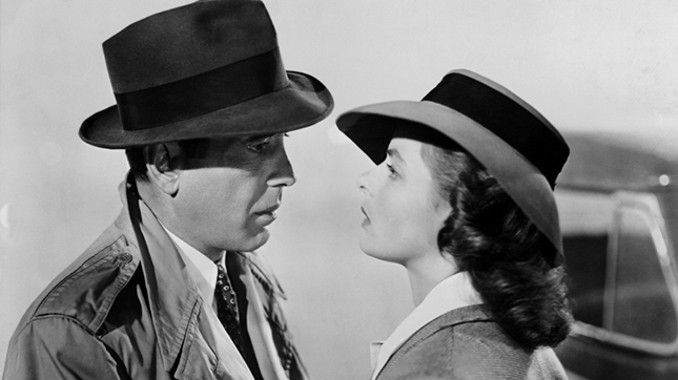