Deborah Pratt writes her first episode of the series, What Price, Gloria? and becomes one of the strongest voices of the show, so much so that when the new introduction is put in place, it’s her voice selling the show.

Airing on 25 October, 1989, the episode finds Sam Beckett (Scott Bakula) leaping into the body of Samantha Stormer (his first woman) on 16 October, 1961. He has to deal with sexual harassment, as he works as a secretary for Buddy Wright (John Calvin), a married man who has been having a relationship with Samantha’s roommate, Gloria (Jean Sagal) and hitting on Sam.

Sam is there to save Gloria’s life, as Buddy never plans to leave his wife, and heartbroken, and used, Gloria committed suicide.

Al (Dean Stockwell) is having problems because he finds himself attracted to Samantha, and is having difficulty dealing with his lust, and his relationship with his closest friend.

The series also introduces the project psychiatrist by name, Verbeena Beeks, but we don’t get to see her for a season yet.

This one, as can be expected from this series, is smart, poignant, entertaining, funny, and gives a very intelligent commentary on sexism, not only in the 60s, but today.

Sam has some problems of his own, as he tries to deal with hands, uncomfortable clothes, heels, and unwanted advances. Through it all he tries to help Gloria, and help the young woman find a better way, and not defining herself by her relationship.

Pratt knows these characters and writes them so well – Sam’s revenge on Buddy is just about perfect! What a classic ep! 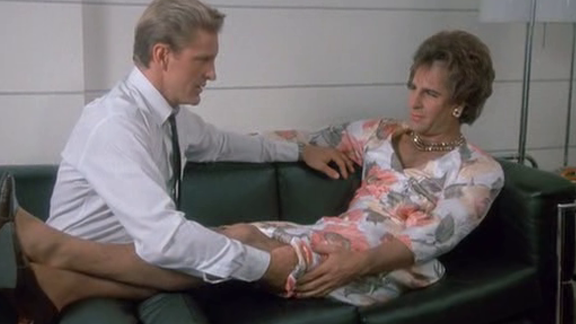 Blind Faith is up next. This episode aired 1 November, 1989, and was penned by Scott Shepherd.

It’s 6 February, 1964, The Beatles are about to play the Ed Sullivan Show, and Sam is a blind concert pianist named Andrew Ross. He’s leaped in to to help the relationship between Andrew and his assistant girlfriend, Michelle (Cynthia Bain). But there are complications, Michelle’s mother, Agnes (Jennifer Rhodes) is overbearing, and when she finally meets the pianist (as Sam) she doesn’t like him and there’s a serial killer stalking the streets. He’s already claimed three victims and Michelle may be next.

Agnes begins to suspect that Andrew is lying about his blindness, and Sam is in fact able to see, until he’s temporarily blinded in his pursuit of Michelle on the night she’s supposed to be murdered. Agnes is a cold character, and it’s very hard to feel sympathy for her, especially with the way she treats Michelle.

With his seeing eye dog Chopin at his side (who seems a little unsure about the Leaper), Sam and Al work to keep Michelle safe, as well as the relationships in her life. But it’s not easy, especially with the fact that Sam has to play another concert!

This one is a gentle episode, with a lot of the humor coming from Sam’s interactions with Chopin and Al, but it’s still wonderfully enjoyable, the final resolution of the story is solid, and sets Michelle free.

On a character note, it’s revealed that our time traveler has played Carnegie Hall before as himself.

The leap at the episode’s end sees Sam as a DJ! 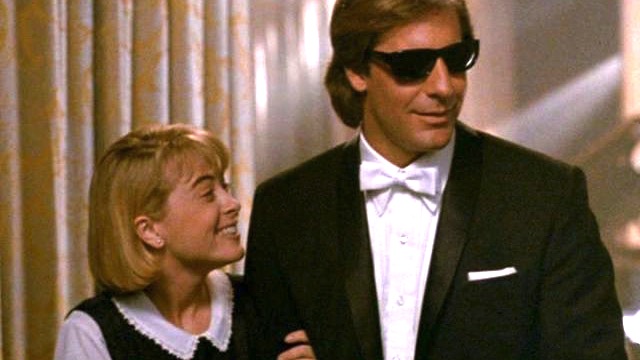