Dwayne Johnson takes to the field in the new HBO series, Ballers, from creator Stephen Levinson, which was released on June 14. I dug into the series on blu-ray to have a look.

My first instinct, and I stand by it, is that it’s more of a dramedy than the pitched comedy, and it plays like a football version of Entourage, if it was told from the perspective of Jeremy Piven’s character, in this show, played by Johnson.

He plays Spencer Strasmore, a retired pro football player turned financial manager, who works with Rob Corddry’s Joe. He’s trying to find his way in the world after football, dealing with medical worries, and trying to keep the young up-and-comers inline, as well as their money, careers, and lives.

There are a wide variety of characters throughout the show, there’s the retired man-child, Charles Greane (Omar Benson Miller) who isn’t happy off the field and is tempted back by it as well as the <ahem> perks of The Life, there’s the perennially in trouble Ricky Jerret (John David Washington), and Vernon Littlefield  (Donovan W. Carter) can’t seem to get rid of his hangers-ons and is too loyal to his friends to boot them out, even if they are bleeding him dry.

Spencer and Joe, over the course of ten episodes, try to keep their clients out of trouble brought on by their actions. It takes a look at the world of football, agents, money and the life, in a fairly realistic way, sprinkling in lots of comedic moments throughout. 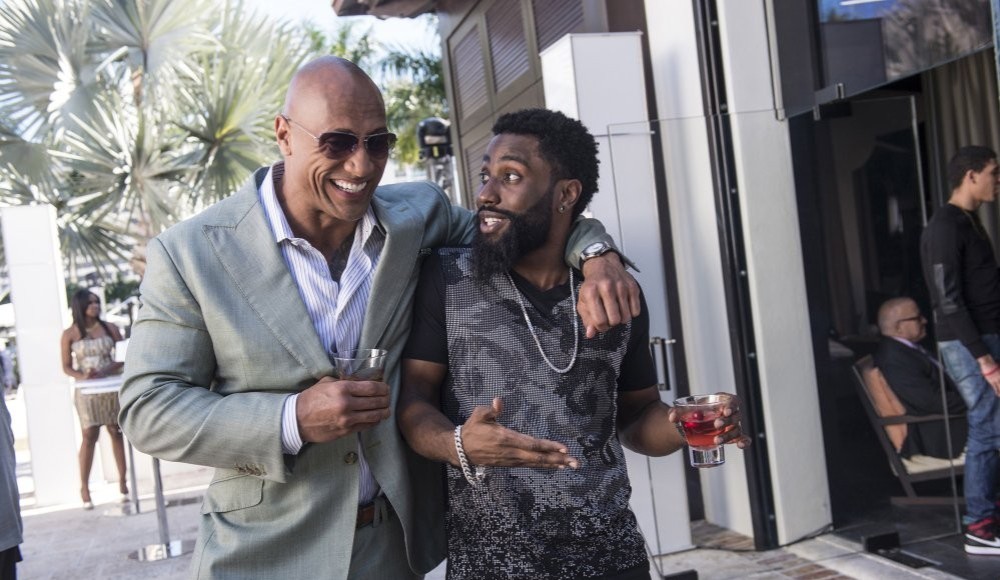 It deals with the audacity, the excess, and the human faces behind the it all, and it does it through some sharp, funny, and dramatic writing.

Johnson is more than capable to carry a series, and it’s nice to see him not mugging for the camera but portraying a role earnestly and honestly, without the solid base he provides, the show might not work as well as it does. By the halfway mark, the season has really found its feet and starts to have some fun with the characters, it makes for some funny moments.

The blu-ray is crisp and gorgeous, bringing the backdrop of Florida to life in glorious 1080p. It’s shot beautifully, and paced strongly, with a glossy sunshine state look and feel.

In terms of extras there isn’t as much as I would like, a look in the writers’ room, interviews with the cast and creators, but it does have peeks inside each episode with executive producer Evan Reilly and cast members.

Season 2 gets underway July 17, so you’ve got plenty of time to catch up on the series, each episode is only 30 minutes long, which seems to be the perfect runtime to spend with these characters, as they barrel from incident to accident to pr nightmare to scoring contracts.

Go long, and check this one out, Ballers is available now from HBO.