Season 20 (!) gets underway for the Doctor (Davison) this week, and each story this season has a nod back to the stories before it, as they celebrate the show’s anniversary. This four episode story ran from 3 to 12 January, 1983, and was written by Johnny Byrne, who brought back the ancient, villainous Time Lord Omega (Ian Collier).

Omega’s plan is to cross back over into our dimension by bonding with the Doctor, which leads to a drastic plan from Gallifrey! And on Earth Teagan (Janet Fielding) left behind by the Doctor at the end of the previous series (and we learn has lost her job in the meantime), finds herself caught up in events anyway, when she investigates the disappearance of her cousin in Amsterdam (he’s seized and controlled by an alien species known as the Ergon)… and finds herself in Omega’s way.

The Time Lords plan is drastic, but sure to work. The only way to prevent Omega from bonding with the Doctor is for our favorite Time Lord to die!

There are some things I do like about this story, Nyssa (Sarah Sutton) and the Doctor are working on repairs to the TARDIS, and he’s quite happy to only do a couple of things, and move on to more adventures, but Nyssa seems to have a huge list of things to get through. I also love that Michael Gough (he was Alfred for an entire generation) is one of the Time Lord council, Hedin. And of equal notice is the casting of Colin Baker, the next Doctor, as Commander Maxil, one of the security officers of Gallifrey. Romana (Lalla Ward) gets a mention, as does Leela (Louise Jameson) on his return to Gallifrey, they really are embracing their continuity! 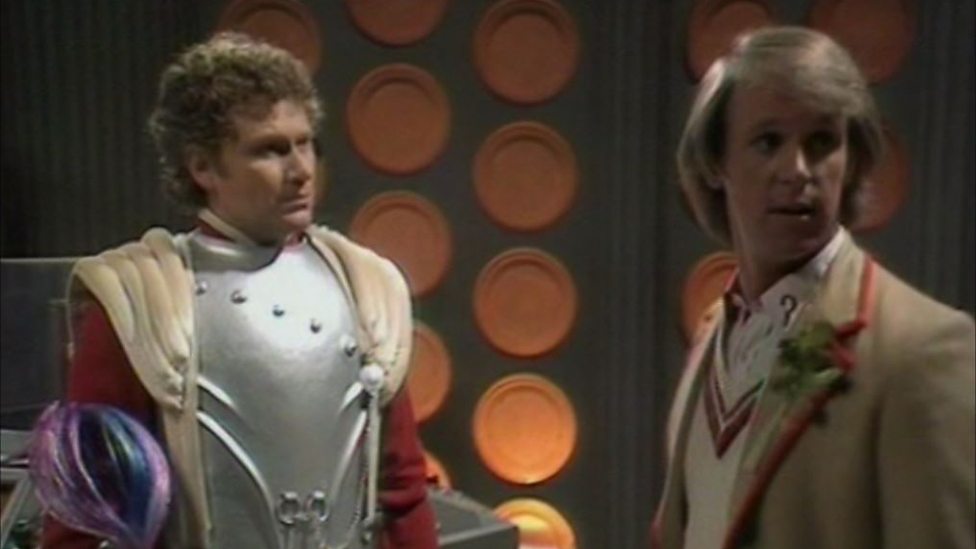 We also learn that one of the Time Lords is helping Omega in his plans, sending the villain bio-data on the Doctor to better facilitate bonding.  On Gallifrey, the Doctor investigates, to try and discover who the spy is, while on Earth, Teagan continues looking for her cousin, and encounters the Ergon, who are working with Omega.

The Doctor must discover the spy, stop Omega, and rescue Teagan who has been taken prisoner!

This is a fun, entertaining story, that starts off the anniversary season very well, and I’m sure a number of fans were wondering if they could retcon the series, and make an argument that Maxil was actually the Doctor, trying to help out a previous regeneration in someway.

Once the Doctor stops Omega, he reunites with Teagan, who, now jobless, is more than happy to come along the Time Lord’s travels.

I always like when the Doctor goes back to Gallifrey, and how we’ve seen it change over the years, (or will see it change – timey-wimey).

Next time around its a Snakedance! 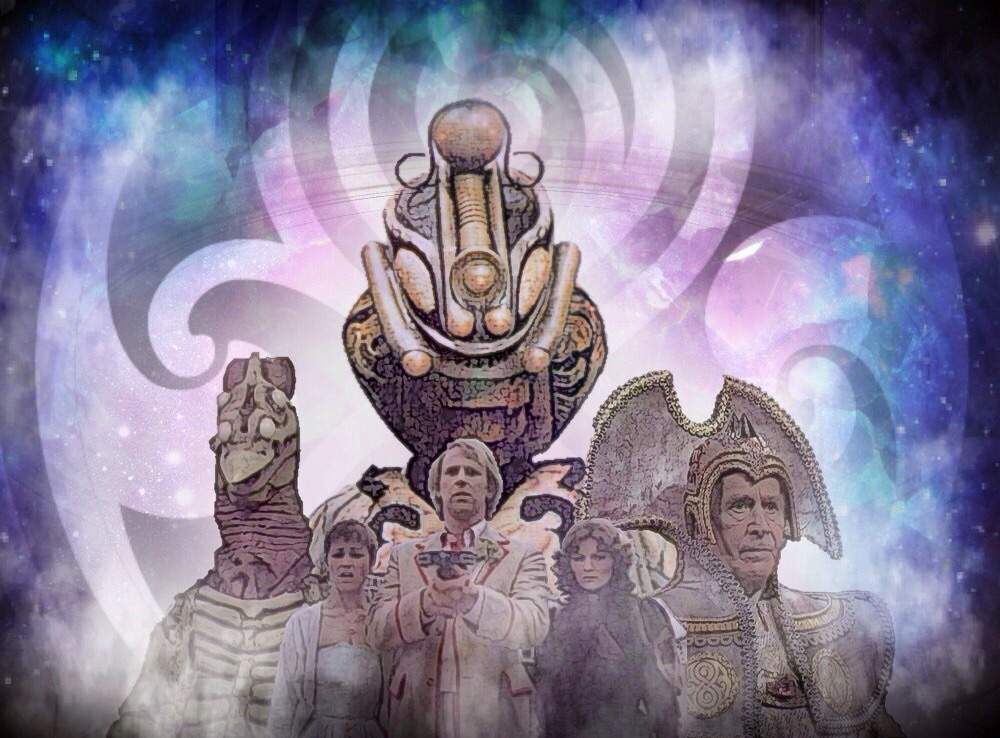