Most everyone who knows me knows that I love Ridley Scott’s work, and Blade Runner was my introduction to not only the talented English director, but also to the world of noir films. I didn’t necessarily understand it all at 12, but I know I was blown away by the look of the film, and the rather ambiguous grey shades to the characters. I had loved special effects and had read tons about the making of Star Wars, Empire and Jedi, not to mention the Indiana Jones films and Close Encounters, but when I finally saw Blade Runner, in 1984, when it took off on home video, I just had to know how they did some of it.

I had the Blade Runner movie magazine, but never knew all the stories behind the film, and when this book first came out years ago, I had done my best to get my hands on it, but missed it on a number of occasions. Now, I finally have my hands on it, and I loved every moment of it.

Future Noir follows the creation of the movie’s source material, Philip K. Dick’s Do Androids Dream of Electric Sheep, how the rights were bought, after much struggle, and how Ridley brought his own vision to the film.

We follow the various incarnations of the script, the creation of some of the film’s most memorable and quoted lines, Ridley and the producer’s struggle to secure financing, and the grueling shoot that generated friction between many of the departments, including Scott and star Harrison Ford.

Journeying through post-production we learn the problems that came up in editing, Vangelis’ scoring the film, the critical reviews that met it upon its initial release and then, of course the struggle to make a definitive cut of the film – and that it has to have a unicorn in it, and settles once and for all whether Deckard was a replicant.

From the tee shirt wars, to the restoration of the film, to the discovery of the workprint, there is nothing that isn’t examined under Sammon’s documentation. And it reads exceedingly and entertainingly well, even though technical terms are not eschewed.

Everything is covered in depth, and each is followed to a satisfying conclusion. And honestly, after having finished the book, all I can think of now, is putting my feet up for like ten hours, and watching all the versions that I have on the Blu-Ray 5 disc set.

Books like this only serve to increase my love for the film, knowing how things were done, and how things came together to put those amazing images, characters and storylines on the screen only excite and amaze me.

If you love this movie, or simply interested in film making in general, this one is worth reading because, all of the effects are created practically without the use of computers, it’s art. No matter what you think of the film, and noirs aren’t for everyone, it is gorgeous, and it is ART. 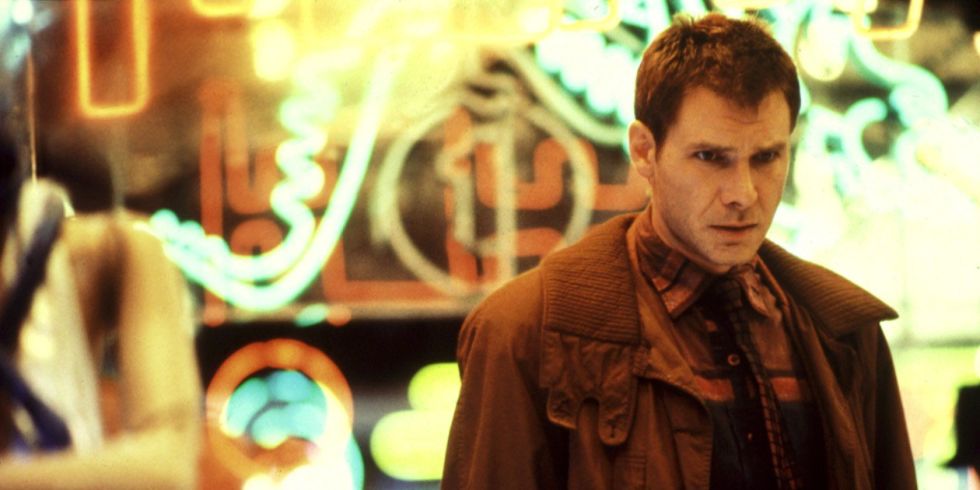