Not sure why this one ended up in the family genre section of the Great Movies – 100 Years of Film book, but I guess, it ties in with the Wizard of Oz in terms of a fantasy world, and a young girl. Doesn’t matter, because I love sitting down and watching this one!

del Toro wrote and directed this gorgeous film that was nominated for the Best Foreign Language Oscar in 2007, but sadly lost out (how is that even possible, I don’t know). Set in Spain in 1944, the story focuses on young Ofelia (Ivana Baquero) who has come, with her pregnant mother, Carmen (Ariadna Gil) to live with her new step-father, the sadistic colonel, Vidal (Sergi Lopez), who wants Carmen nearby so that he can claim his son as soon as he is born.

The setting, a gorgeous home, is set near the forest, and the mountains beyond, where Vidal is attempting to rout out the rebels, unaware that they are receiving aid from within his own house, in the form of Mercedes (Maribel Verdu), who forms a strong bond with Ofelia.

Ofelia, a young girl who loves her fairy tales, and whispers them to her mother’s tummy, for her brother’s enjoyment, soon gets caught up in a world of fairies, a Faun (Doug Jones), giant toads, quests, magic, and the terrifying Pale Man (also Jones).

The Faun sets a quest for her, telling her that she is actually a princess and that she must finish her quest before the moon is full… but how much is real, and how much is imagined, as a way to deal with the sadistic cruelty that is rampant in Vidal’s house. 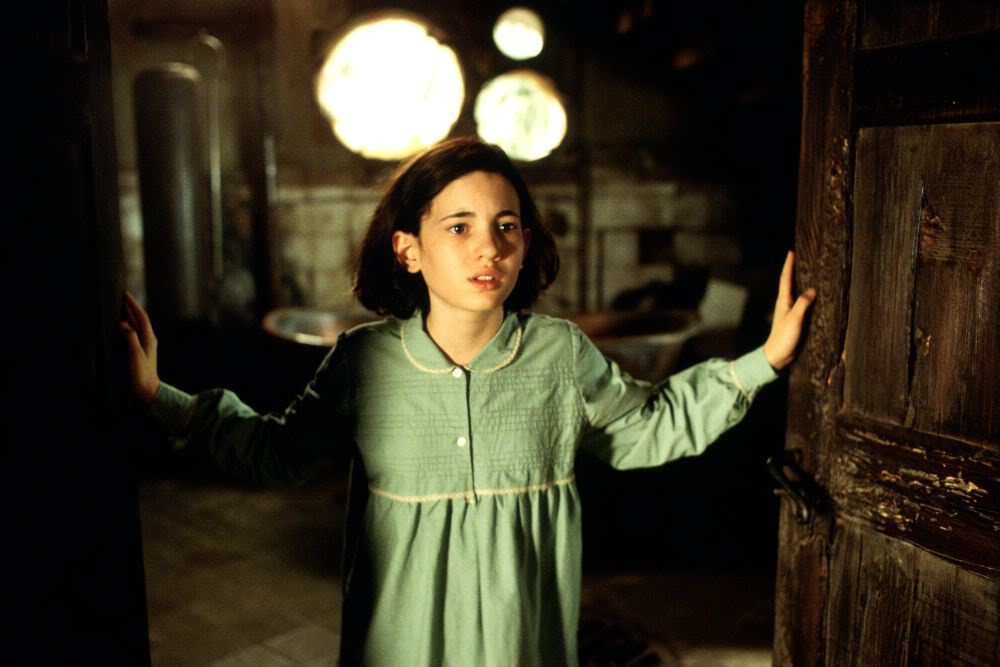 Violent, bloody, beautiful, and heartbreaking this film gently marries the harsh world she lives in with an eerie fantasy world, which may in fact be no safer than the one she is trying to escape from.

Gorgeously scored by Javier Navarrete, there is nothing about this film that doesn’t work, and may in fact be del Toro’s greatest cinematic accomplishment. Everything is in balance, and works to move the story forward, the visual effects, the costume and character design, the editing… it all flows perfectly, and can’t help but resonate with the viewer.

The beautiful moments are made more poignant by the brutality of Vidal, and you want him to get his just desserts long before the end of the film, and the ending itself is so touching, you are left to wonder, hope even, that what Ofelia sees is real.

The film continues to stun, and wow, 9 years on, and even when I knew what was coming, the film still broke my heart, and left me weepy-eyed, and that is the best kind of film. One that draws you in time and again, sharing its magic, making you hope, laugh, clap and cry…

This one definitely ends up in my list of all time favorites.

What is your favorite del Toro film? 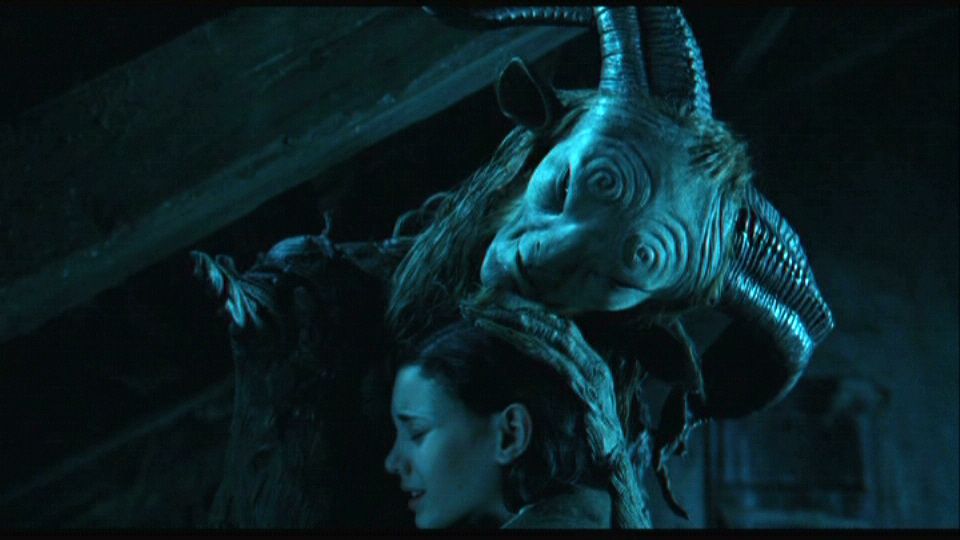