Some people love the happy joyous type of films at Christmas, and while there is something to be said for all that good-will, happy endings and schmaltz that seem to highlight most of them, that morbid, macabre underside of humor and the holidays seem to be more appealing… As much as I loved Scrooged, White Christmas, The Muppets Christmas Carol and Christmas Vacation, I love those darker films that are only set at Christmas, and then by extension become Christmas movies… Lethal Weapon, Die Hard, Kiss Kiss Bang Bang, and of course the seminal horror classic, Black Christmas.

Releasing from Anchor Bay today in its 41st Anniversary edition is this classic Canadian film. Long before Michael Myers came home, before the Voorhees killed camp counselors, Billy terrorized a sorority in this film that has stood the test of time and still can creep you out.

Starring Olivia Hussey (Who I had a crush on since seeing her in Romeo & Juliet when I was in high school), John Saxon, Margot Kidder, Nick Mancuso, Andrea Martin, Art Hindle and a shaggy haired Keir Dullea the film set the standard for almost all the slasher films that followed it, establishing the style, camerawork, and use of holidays in the title, and there were a slew of them!

Hussey plays Jess, a young sorority member as the Christmas holidays draws closer, amongst her fellow sisters, is Margot Kidder as the funny, flirtatious Barb, and the entire house is overseen by Mrs. Mac (Marian Waldman) who has bottles of booze hidden all over the place to get her through her trials and tribulations with the girls.

Dullea plays Peter, Jess’ boyfriend, who is focusing on his work at the conservatory, and is not giving Jess the time she needs with him. She has something very important to discuss with him, and the subject matter is handled extremely well considering when the film was shot.

With all this going on during the holidays things take a turn for the worst, when the sorority house starts getting terrorized by explicit and violent phone calls from Billy (Mancuso) – and these calls are chilling, even now they have the ability to unnerve.

He also promises to kill them. 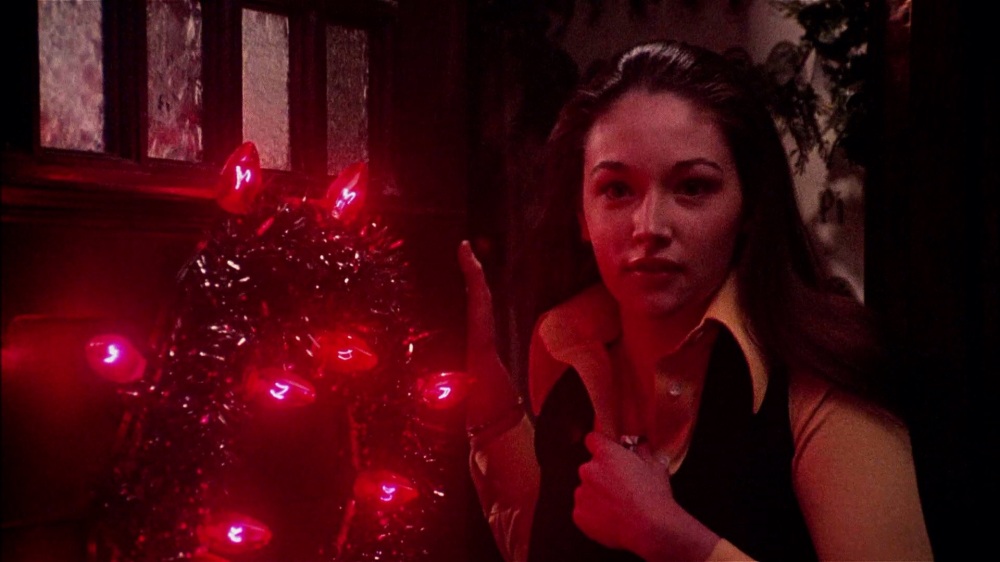 Now the body count isn’t high, but each death is important, because these aren’t interchangeable, cardboard characters, the time has been taken to flesh them out and give most of them a few layers to play with. Speaking of the body count, the film isn’t truly bloody either, but that doesn’t make it any less enjoyable, it plays off quick shots, reactions, and tight editing.

This is a film of firsts in the genre, and has been imitated by the best since then, but that doesn’t detract from the experience of watching this film… it’s still spooky, and the shots of Billy’s legs or shadows moving about the house, his face unseen, except for that classic shot of his eyeball, are really creepy.

What did surprise me, as it had been forever since I saw this film, is how funny some of it is, intentionally of course, some of the dialogue is so great (Barb giving the sorority number to the police), some wonderful visual gags (everything with Mrs. Mac is priceless) and just the fact that they come along at the right time to relieve the tension.

This edition comes packed with all the previous extras, as well as a commentary by Mancuso as Billy (I haven’t listened to it yet, but think that could be really terrifying) and a new comprehensive documentary about the film, its impact, its influence and its enduring legacy. I was also delighted to see some familiar faces in the interviews…