The next sports recommendation  from the Great Movies – 100 Years of Film book for my screening of Raging Bull is this British family film, that isn’t very deep, but is a lot of fun, and focuses on football. And by football, I mean proper football, you know, soccer…

Paminder Nagra stars, alongside Kiera Knightley and Jonathan Rhys Meyers, as Jesminder, the daughter of a traditional Sikh Punjabi family on the outskirts of London, who dreams of playing football professionally like her idol, Beckham. But her family, her cultural upbringing and the lack of interest in female football stands in her way.

Though she outshines all of her male friends, playing in the park, no one thinks she can play seriously, until Jules (Knightley) approaches her about coming to tryouts for the local team she plays on the Hounslow Harriers, managed by Joe (Meyers). Though she doesn’t have the necessary kit to play, everyone is impressed by her skills, and she’s offered a position on the team. Something her parents don’t know about, nor would they approve of.

Jules has her own problems with her family. Her father (Frank Harper) is delighted with his daughter’s infatuation with the sport, while her mother (Juliet Stevenson) wants her to have more ‘feminine’ pursuits.

Both Jes, and Jules are modern women, trapped by traditional family and cultural roles, and it frustrates them to no end when they both know they can be so much more.

Jes’ own life is practically overshadowed by the imminent wedding of her older sister, Pinky (Archie Panjabi), whose one goal in life if the love match she has with her husband-to-be, she just wants to be happily married, and be content as a housewife. And she doesn’t understand how Jes doesn’t want the same thing.

Jes keeps things a secret, including a growing relationship with Joe, until it all blows up in her face, and causes problems within and for her family.

None of them seem to understand Jes’ passion for the game, and just want her to fall into line with the expectations of her culture and family. She’ll need to find a way to convince her family that not only can she play, but she can play well. She could turn pro!

The end result is a vibrant and colorful film filled with great music, some well shot matches, as well as some fun characters. It doesn’t play up any stereotypes and simply tries to convey beliefs and cultures equally, between the families involved, as both women deal with family obligations and expectations, especially when they come into conflict with their own personal dreams.

A joyous, happy family film that puts a lot of energy and fun on the screen, and puts the highly enjoyable sport of football, front and center. 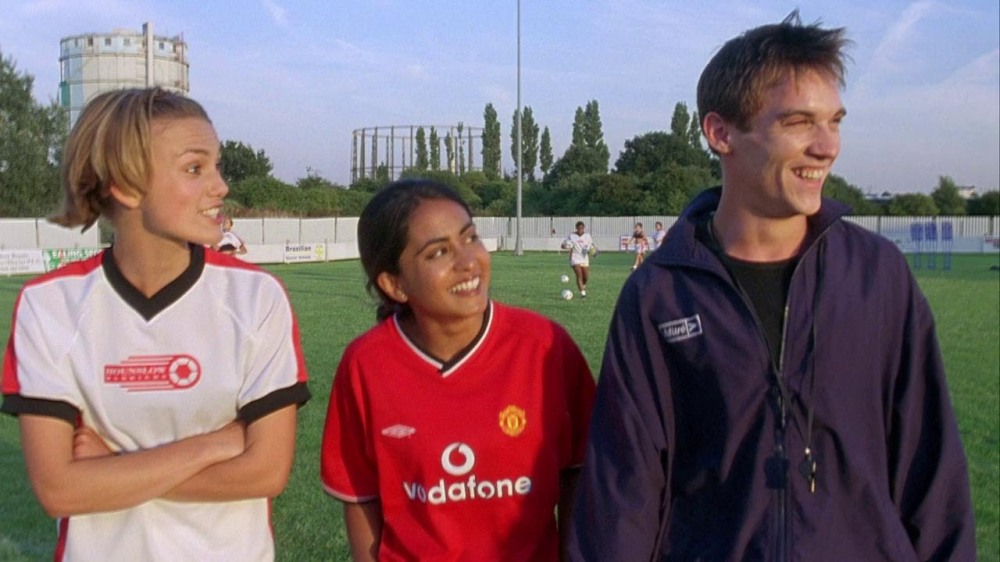