The 13th season of Doctor Who, and Baker’s second, starts off this week with this four part story that was written by Robert Banks Stewart and ran from 30 August to 20 September, 1975. It’s a bit of a mixed bag, but overall pretty enjoyable, though doesn’t have as many fun lines or moments for the Doctor (Baker)

The Doctor, Sarah-Jane (Elisabeth Sladen) and Harry (Ian Marter) arrive back on Earth, in Scotland, having been summoned to aid UNIT and Lethbridge-Stewart (Nicholas Courtney). It seems three oil rigs, out in the ocean, have been destroyed by an unknown force. Shortly after their return to the planet, a fourth is attacked, even as a survivor from one of the previous attacks washes ashore. Even as Harry stumbles across the survivor, the man is killed, shot, by someone intent on keeping a secret, they even take a potshot at Harry, that leaves him injured and re-evaluating his place in the TARDIS.

Sarah decides to do some investigating around the tiny village they are in, and makes time to talk to the landlord. Angus (Angus Lennie from The Great Escape) of the inn/pub that UNIT is using as their base of operations. Angus reveals that none of the folks are happy about the oil companies moving in and taking over the the area, and they were happier when they had just a quiet village. Harry finds a survivor who is shot and killed, Harry gets nicked as well.

All of this is observed by the shape-changers known as the Zygons. They have the entire town under their watchful eye, and are controlling everything, they even have some of their forces posing as townspeople..

The Doctor through his own investigation, recovers some of one of the rig’s wreckage and finds evidence of a sea monster! In fact, given their proximity to a certain lake, it’s possible this is evidence of the Loch Ness Monster,and it’s using underground waterways to travel from the lake to the ocean!

The Zygons, abduct Harry, sending one of their own in his place, and do their best to remove the Doctor and Sarah from their plans, but our heroes escape, allowing Sarah to continue her research. When she does, she actually finds a way onto the Zygon ship, and is able to rescue Harry.

Unfortunately, the Doctor, is in turn, captured, and the Zygon ship takes off with him aboard. But, that puts the Doctor in the unique position to rescue the Zygon’s prisoners, and stop their plans of world domination, once and for all.

But first, he, Sarah, and the Brigadier will have to all lend a hand to stop the monster before it can wreak anymore damage to cities, villages, and countless innocent souls. 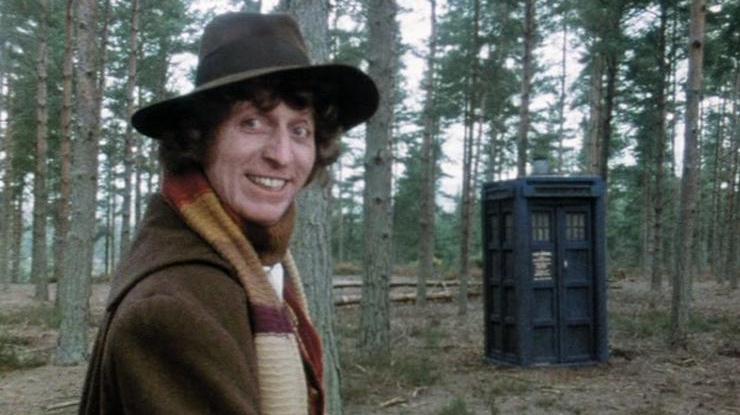