Intensely loyal, wonderfully creative and collaborative, down to earth, and constantly setting new challenges for themselves.

With their new feature, 88, hitting theaters, we thought it would be an ideal time to reflect on the progress, and our association with Wango Films, known to us as April Mullen and Tim Doiron.

Sue was there from the start, taking in their delightful, low-budget comedy, Rock, Paper, Scissors: Way of the Tosser, to which I was introduced a short time later. Shot in the mockumentary style, using an actual annual event as its basis, it’s filled with eccentric characters, quotable dialogue, and a big heart. A send-up of sports films that has become a cult favorite.

Taking on the buddy cop genre with their next outing, Gravy Train is set in a quiet town, Gravytrain (Doiron) is partnered with the sexy Uma Booma (Mullen) as they try to track down Jimmy Fish Eyes and avenge the death of Gravytrain’s father. Again, this one embraces its eccentricities, its quotable dialogue, and its sheer irreverence.

Their next film, leaps and bounds beyond their previous works, took on the horror genre in the comedy, Dead Before Dawn 3D. Starring Devon Bostick and Christopher Lloyd , Mullen and Doiron take a step back to supporting roles on camera while still writing and directing. Doiron writes, and Mullen directs, and it seems like a perfect balance. This film looks better than their previous, but still highly enjoyable, efforts. And for the first time in our relationship with the Wango, Sue and I were front and center in a couple of the film’s sequences, and in fact we were delighted that we were even in the trailer! It was also the first 3D film completely financed by and shot in, Canada.

Even as they were finishing that one, wheels were turning for their next project, subtly hinted at during our far to rare, but always delightful breakfasts. They hinted at the fact that they were crafting something unlike anything they had created before, the words revenge thriller were tossed around over pancakes and bacon, and we were intrigued.

What were our friends coming up with next?

The answer was 88, again a huge jump from their previous films. It stars the lovely Katharine Isabelle, who, I’ve been a fan of since Ginger Snaps, and who recently shot a film with our pal Jeremy Lalonde, As Gwen, she is seeking revenge on those who killed her boyfriend while in a fugue state, the film jumps back and forth through her timelline as she confronts villains, including Christopher Lloyd, while being kitted out by Lemmy (Mullen) and assisted by Ty (Doiron). And while there are a few things I would tweak or change (the action beats could have been tighter and stronger), though one can say that of any film, I have seen my friends learn, develop and create, pursuing their dreams, and telling their stories. They let Isabelle shine, and have shown how they too have grown, all in the public eye as they craft one film after another, experimenting, expanding and creating.

Speaking not only of my friends but of a fantastic creative team, I can say I’m proud to know them, happy to be involved in their work when time permits (for all parties), love Tim’s quirky characterizations and writing style and love that April is carving a name for herself as a strong female director. 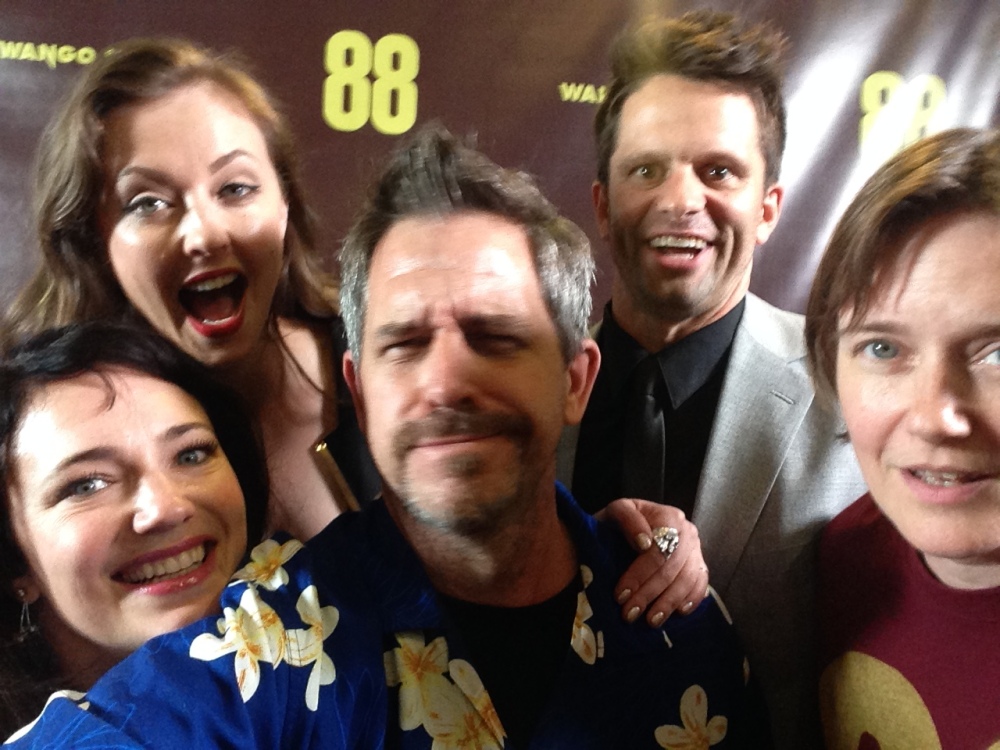