First up is Ki’I’s Don’t Lie, a crossover episode featuring a pair of mainland detectives (and another series I may have to hunt down and add to my list of things to revisit), Rick (Gerald McRaney) and A.J. Simon (Jameson Parker), known collectively as Simon & Simon, in this episode written by Bob Shayne and Philip DeGuere, Jr. This episode aired on 7 October, 1982, and features two endings. One in which the baddie is caught, tying up the episode nicely, and the other featuring a getaway to carry over into the next episode of Simon & Simon.

Higgins (John Hillerman) volunteers Magnum’s services to be in charge of security at a charity auction on the estate, while Rick and AJ are trying to track down a stolen and possibly cursed Hawaiian artifact. The carved wooden statue is in the hands of Catherine (Morgan Fairchild) who is offering it up for auction, while flirting with Thomas, who gently rebuffs her. Rick (Larry Manetti) and T.C. (Roger E. Mosley) get roped into helping Thomas run security, and eventually, private investigators begin to bump heads and cause one another grief.

As things unfold, not everyone may be who they seem to be, and speaking of Gillian Dobb, who will later start recurring as Agatha shows up in this episode, but is called Mabel!

By episode’s end, Rick and A.J. are heading back to the mainland, and our Hawaiian trio are returning the Ki’I to its cave home, because it may not be cursed, but it definitely seems to have a lot of bad luck around it! 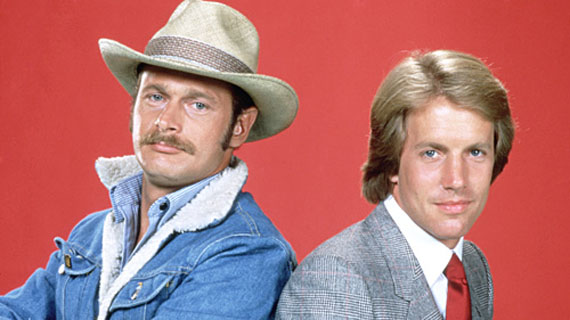 The Eight Part of the Village aired on 14 October, 1982, and was penned by George Geiger. Everyone in this episode seems to be wanting to cash in on favors, Higgins asks Thomas to pick up a crate of books from the dock, for which Thomas needs T.C’s Island Hopper van, for which Thomas has to serve as his personal driver for a day, and Rick wants Thomas to do the book-keeping he owes him.

Using T.C.’s van, he arrives at the dock to pick up the crate, only to find a young Japanese woman, calling herself Asani (Kim Miyori). She asks to be taken to Higgins, as her father, Sato (Danny Kamekona) was an old family friend. At the estate however, she relates a different version of the man Higgins knew, and how she has been ignored and shunned by her father for marrying a man he didn’t approve of, and now, needs Thomas’ help to find.

Something about the case rubs Thomas the wrong way, even as he begins his investigation. As he and the boys run down more leads, trouble strikes when Asani is kidnapped, and a phone call to Japan on Higgins’ part brings Sato to the island. Which apparently was the plan after all, as revelations are made, and death may be closer than anyone thinks…

There’s a couple of breaking the fourth wall moments that I particularly enjoyed. It seems I can never get quite enough of this show.