Screening today at the ROM theatre at 7:00pm is this amazing, important, and emotionally involving film that introduces us to the Tripathi family.

In the early months of 2013, their youngest son, Sunil, a Brown University student left his home in Providence one night, and disappeared. The family was distraught, but organized, and welcoming the help of friends and volunteers they launched a full-scale hunt to find him, a young man who was suffering from the mental illness of depression.

Intercut with the history of Sunil and his family, both the happy and the sad, is shots of a phone on the floor, and messages from news outlets all over America asking if the family would like to comment or tell their side of the story as their hunt spun viciously out of control plunging them into a hell few of us can imagine, nor likely weather.

Using social media to drive their search, they create a Facebook page, YouTube videos, they tweet, they approach the media, trying to make use of every avenue to find their beloved family member. A brilliant use of new media. Then, a month into their search, the Marathon Bombing in Boston occurred, and someone there amongst the ether of the internet suggested that Sunil bore a resemblance to Suspect #2.

Like that, social media, and even news outlets turned on the family, there was no true examination of the pictures, just merely rabble-rousing, the banding together of a virtual mob and a cyber-age witch hunt got under way, where facts don’t matter, only the will of the mob. In this case a large group of scared and angry Americans who let their xenophobia show as the Tripathi Facebook page, Twitter and Reddit came to life with message not only of hate, but of violence, directed against a beautiful and strong family who simply wanted to be whole again.

Help Us Find Sunil Tripathi is a heartbreaking tale of loss and hope as a family journeys through the crucible of social media, while also raising relevant issues about media’s responsibility as journalists and human beings, and at the film’s center is one person’s struggle with the reality and life threatening crippling disease that is depression.

Help Us Find Sunil Tripathi screens twice more during the festival, Thursday April 30 at 11am at the Isabel Bader theatre and Saturday May 2 at 9:00 at Scotibank Theatre. 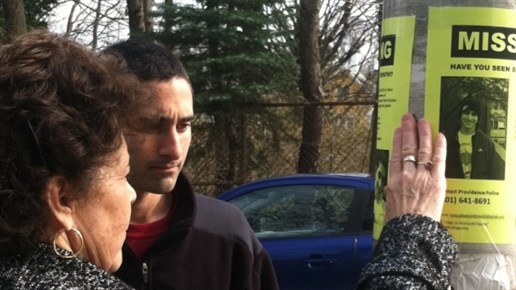