This evening at the Isabel Bader theatre there were laughs and applause at one of the most entertaining documentaries surely to grace the screen at Hot Docs this year had its first screening.

Paired with the delightful, Born To Be Mild short directed by Andy Oxley, which showcased some rather intentionally uninteresting people in England.

The Barkley Marathons is an endurance race in the heart of Tennessee, its organized by a couple of interesting characters, the most prominent of whom is Gary Cantrell. It’s secretive, tough to find, and even tougher to get through. Out of the hundred of applications, only forty people are accepted.

There are 5 loops, over 20 miles each, with changes in ascension and declination, through some tormenting and trying terrain, with names like pillars of doom, testicle spectacle and rat jaw. On top of that, it needs to be completed with 66 hours, all of it launched by the lighting of a cigarette.

One could mistake Cantrell as somewhat sadistic, but there’s a sense of humor that runs through him and consequently the entire film, as the 40 competitors struggle through a trail race that over the past 25 years only 10 people have completed. He jokes with his runners but, he also has the utmost respect for them, cheering them on, supporting them, and offering encouraging support when they waver, and every time they make their loop. 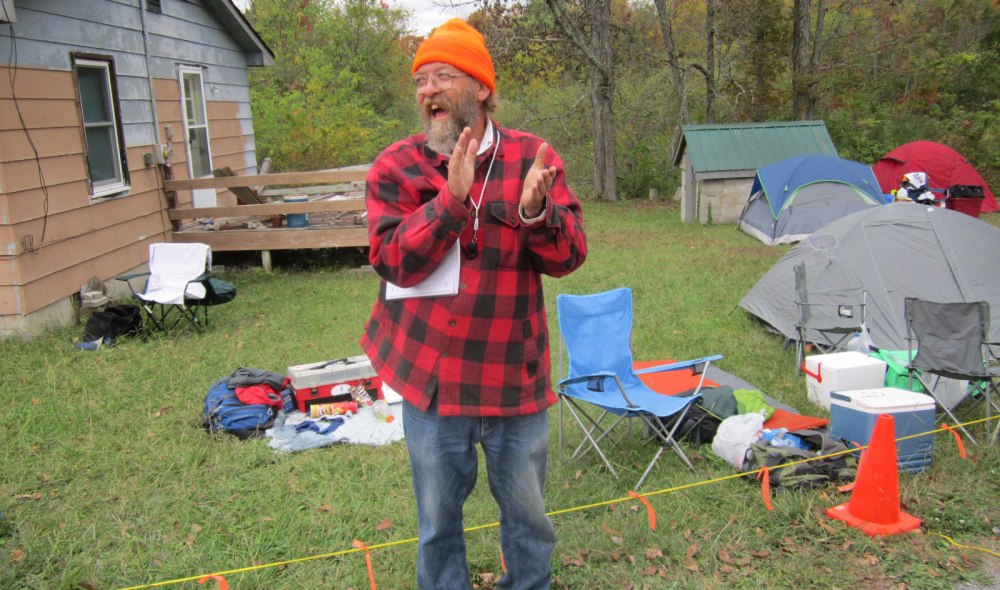 As we follow the competitors, who pay the $1.60 application fee, as well as the additional requirements which made the crowd laugh, they push themselves beyond their limits, both physically and mentally and with the mixture of humor and the sheer determination of the human spirit, the entire theater was completely wrapped up in film. We all were so moved, we ripped up in applause at a number of moments in the film, it was simply that involving.

Filled with laughter as well as pain, pride and sorrow, this film encapsulates the sheer drive of humanity, it’s inspiring and stunning. The way the film has been put together moved everyone in the audience, it was an incredibly joyous experience to take part in, and you still have a chance to get out and see it!

Rush tickets are still available for the screenings on Sunday 26 April at 4:15pm at the ROM Theatre, and Sunday 3 May at 7:45pm at The Revue.

Hot Docs is well under way now… what have you seen so far and what are you recommending?