It’s time to go back to Oz, and it had to happen sooner or late. This is the fifth book in the Oz series, the fourth featuring Dorothy, and it ends up being her most disappointing trip yet.

Happily, she arrives in Oz this time without having to go through a natural disaster first, and this time is accompanied by the Shaggy Man (who may be a vagrant of some sort, I’m not sure), who is in possession of the Love Magnet, so everyone loves him, the less than astute young boy, simply known as Button-Bright, and Toto.

Travelling through the fairyland on the outskirts of the desert surrounding the land of Oz, she meets up with King Dox, the ruler of Foxville, who, you guessed it, are all foxes, as well as King Kik-a-Bray, of Dunkiton, a city of donkeys. Both of whom implore Dorothy that if she is travelling to Oz, the shortest way to get back home because of the magical powers of Princess Ozma’s belt, will they please implore the princess to invite them to her birthday party.

So it’s off to Oz again, but first she meets up with the most interesting new addition to the Oz stable of characters, the rainbow princess Polychrome. They have a rather scary encounter with the Scoodlers, but as they escape the Shaggy Man handily takes care of them, probably once and for all by the sounds of it. 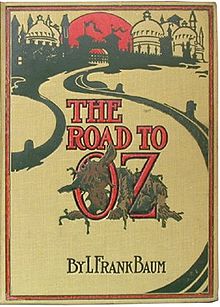 The road movie, sorry, story continues, as our friends wander the byways of the fairyland until they come to the desert, happily enough, despite never having been to Oz before, the shaggy man can summon some magical help in the form of Johnny Dooit (who in my mind looks a lot like Felix, from Wreck-It Ralph).

Once arriving on the other side of the desert, it’s time to bump into every other character we have met in the Oz books, Tik-Tok, Billina, the Hungry Tiger, the Cowardly Lion, Scarecrow, the Tin Woodman, any and all are present. And we find out why Dorothy was brough to Oz this time, and why it didn’t take a natural disaster.

She was brought there by Ozma, to attend her birthday. Though why Ozma didn’t bring her all the way to the Emerald City in one swoop of magic, I don’t know.

No enemies to fight, to witches to face, everything is just so Dorothy can attend a party, In fact that last quarter of the book is nothing but the celebrations and catching up with all the characters from previous books. Which would be fine if it felt earned, but this time around, I was a little let down by the lack of real story and adventure. I get that these books are not necessarily aimed at me, but I expected a little bit more of a story. Oh well…

Perhaps in the next one, The Emerald City of Oz! 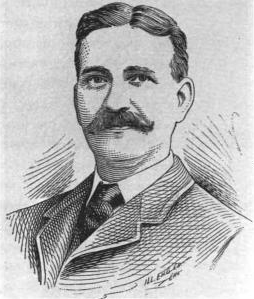