Sue and I tackled day 2 of the Toronto Screenwriting Conference at Daniels Spectrum today, and through the course of the day started to come up with the bare bones of a short film we’d like to do, and my brain broke a story that I’ve been thinking about as three sperate tales but actually may work better as a cohesive whole… looks like I’ll be pulling out the screenwriting software on my tablet soon…

The morning session got underway with a funny and intimate look at the hit CBC series (renewed for a second season before its first episode aired) Schitt’s Creek with stars and creators Dan and Eugene Levy, a fantastic son-father team. There was a lot of laughs, as well as an earnest discussion on how casting the series played out in addition to how an actor’s style and delivery may in fact change the entire character itself.

The pair were a joy to listen to, and as they warmed to their topic, and their audience as well, the morning became rife with laughter and priceless moments. It was a lot of fun watching this duo share their stories and their processes. 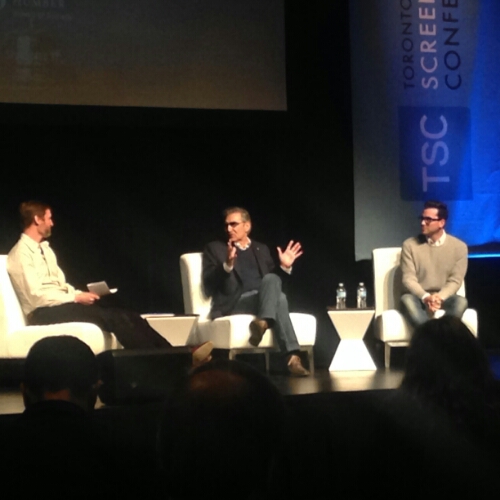 The second session was run by  Jeff Melvoin, a writer and show runner, who’s credits include Northern Exposure, Army Wives, and Picket Fences amongst others. He’s also involved with the Writers Guild of America, running their training Show Runners sessions.

What he gave his very attentive audience was a crash course which was a combination of two presentations he gives on behalf of the Guild. He packed his 90 minutes full of knowledge, humorous asides, personal stories from his own career, as well as a brilliant breakdown of writing for television and show running for television. It was incredibly informative and probably featured the most notes I took through the course of the weekend. 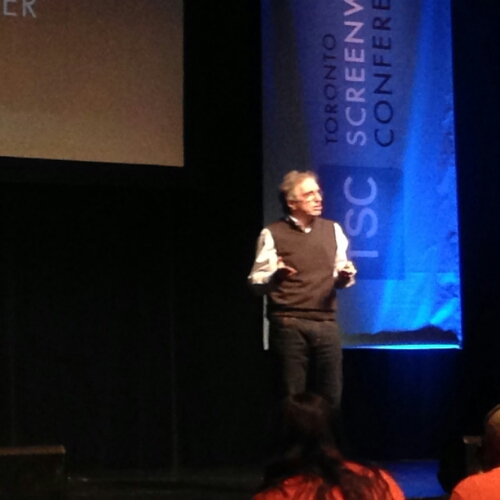 After a lunch break , we settled in for what would be our last session for the weekend. The always enjoyable feature of the conference, Notes on Feature X. The premise is, a script is sent out to all of the attendees to read before the conference, and then, the panel, this year moderated by Glenn Cockburn, is brought out member by member to give their notes on the script before introducing the writer.

The panel was composed of a distributor from Entertainment One, Christina Kubacki, producer David Miller, director Warren Sonoda and actor Aaron Poole. Each of them gave their thoughts, their constructive notes and impressions of the script. Through it all the writer sits amongst the attendees, listening to these people talk about his work, until he’s brought up to join them.

It actually is a fantastic workshop, as you hear the concerns and ideas of those involved in the screenplays transition from word to screen.

And now, with the conference over, and story ideas running around in my brain, I have to once again express our thanks for being invited to the event, and hope I can find time to start outlining these scripts and story ideas that are itching to get out… 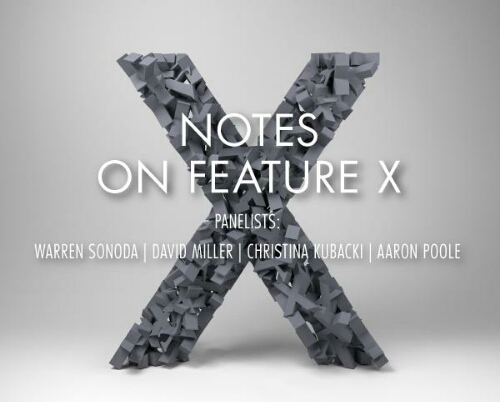