I’m quite enjoying my time spent with the Sci-Fi Chronicles book so far, I’ve enjoyed watching different iterations of the same story and seeing how it’s updated, changed, or adapted. After my viewing of the 1961 version of Mysterious Island, the only other theatrical version of note to take a look at was this 2012 offering from Brad Peyton, made as a bit of a sequel to Journey to the Center of the Earth. Brendan Fraser is absent from this one, replaced by Sean’s (Josh Hutcherson, back again) step-dad, Hank (Dwayne Johnson).

Sean, now a Vernian, has received a coded message that he believes is from his grandfather, Alexander (Michael Caine) and may in fact lead them to Verne’s Mysterious Island. The film does one thing here that I really liked, it suggested that the island itself has been written about by other authors as well, and that Swift’s Gulliver’s Travels, and Stevenson’s Treasure Island refer to the same location.

Hank, a retired code-breaker in the Navy, helps Sean decode the message, and the two of them are off to locate the island! Stopping at a small island country on the way, they hire a pilot and his daughter, Gabato (Luis Guzman) and Kailani (Vanessa Hudgens) to help them on their journey. Kailani also adds a love interest for Sean, as this film is obviously aimed at the younger set. When they crash on the island, they encounter all manner of creatures, and Alexander (Caine seems to be having a good time, anyway), but discover that the island is under the imminent threat of sinking, once again. So, they’ll have to find the legendary Captain Nemo’s Nautilus (which looks terrible in this version. To be clear, I like most of the interior, but the exterior looks ridiculous), and hopefully a plan of escape!

While this sequel doesn’t quite fully embrace the gimmicky gags of the first 3D film with things jutting out at the screen at the viewer (although the less said about the ridiculous bee sequence, including its effects, the better, because… ugh.), this one doesn’t seem to be quite as strong, or enjoyable for that matter as the 1961 version. It lacks any true sense of fun and adventure and wonder, which to me, are essential to a Verne story. Instead, everything seems ridiculously toned down, safe and properly homogenized for family viewing, instead of playing it for adventure, wonder, excitement and danger, things are played for laughs, and goofy looks.

That is too bad, as I would love to see a modern update of classic Verne tales, or incorporating the Vernian way of thinking, but be truthful to the source material, play up the discovery and the excitement, instead of a quickly forgotten popcorn ride. 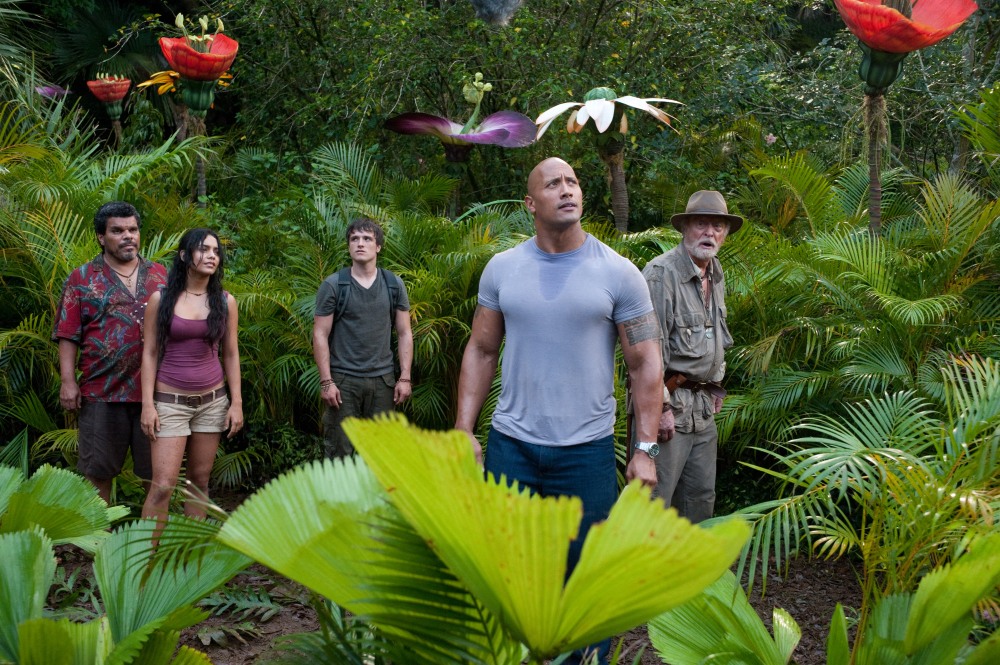