The Bloor Cinema/Hot Doc’s 2014 – 2015 Doc Soup is coming to an end, and I couldn’t imagine a better picture to close out this year’s run than this amazing documentary.

Back in the early 70s, somewhere between my introductions to Star Wars and Star Trek, my young brain processed the fact that at some point, just before I was born, we, as a species, had left the confines of our planet, and set foot on the moon. That huge globe I could see from my bedroom window. My mind boggled at the thought, but with thoughts of the Enterprise soaring through the star-filled darkness, I heartily embraced the idea. Of course we’d gone to the moon. When we want to be, our species can be unstoppable in achieving our goals.

As I lay on my top bunk, I would gaze at two posters that I’d swiped from my classroom’s copies of National Geographic, one was of the moon itself, its craters labeled, and indexed along the side of the image, the other was an artist’s rendering of the Apollo and Mercury astronauts, and their crafts. I would gaze at them with wonder and admiration until it was lights out.

The Last Man on the Moon, a wonderfully edited and crafted biopic about astronaut Gene Cernan, fires that wonder and admiration inside me again. Moving chronologically through his life, with film and photos from that brave era, now long past, mixed with modern-day interviews, we learn of Gene’s own passions, his career and revisit from his perspective, those life-defining moments. Filled with the shamefully forgotten wonder and excitement of the space race, it can’t help but fire the drive for exploration and discovery in the viewer. 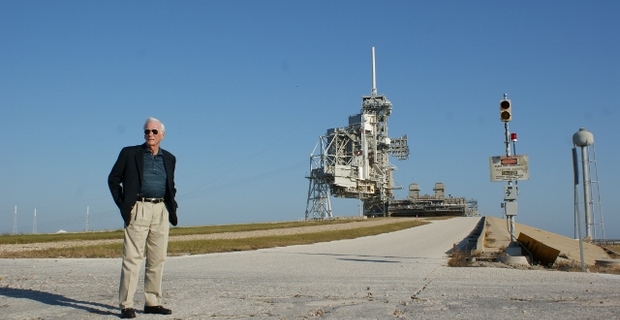 The film follows Cernan from his youth, to becoming a naval aviator to being tapped for NASA’s blossoming Astronaut program. With fantastic recreations of his Gemini 9 flight, we follow Gene on his exploratory Apollo 10 mission, and his night lauch of the Apollo 17 Saturn V rocket.

Beautifully and lovingly made, the time spent with Cernan shows him to be an open, humble man, who is incredibly thankful for the time he’s been given and the career he has had.

Whether the viewer knows anything about the Apollo program or not, this is a documentary that holds the attention, captivates the viewer, and fires the imagination. Cernan is right when he says, we, today, walk amongst people who will set foot on Mars. The drive, the need for human exploration is still there, and maybe this film will help give it a much-needed kick in the butt.

I walked away from my viewing of this film, looking up at the moon and stars again, hearing a quiet theme in the back of my head, and felt that wonder, amazement and admiration rising inside me again.

We can be such an amazing species when we want to be, and it’s films like this, that hopefully, remind us when we start to forget.

Last Man On the Moon, begins screening today at the Bloor Cinema. 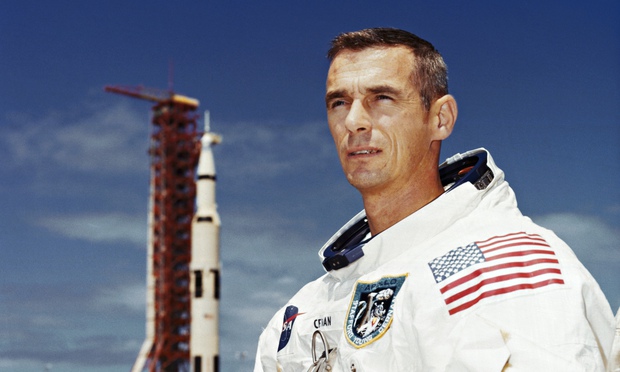