Cannell himself wrote the first episode up this week, and it may in fact be my favorite one of the season, as it sees the return of Tom Selleck as Lance White, and James Whitmore Jr. as gumshoe obsessed Freddie Beamer. Nice Guys Finish Dead originally aired on 16 November, 1979, and featured a phone gag from some poor fellow who took electrical advice from Jim (James Garner).

At an annual private investigators convention, we learn that both Jim, and Lance have been nominated for an investigator of the year award, everyone seems to think Lance, the popular choice is the sure thing, but James Scott Rockford wins out. We also get to meet Larry (Larry Manetti!!), the nephew of the man running the convention, Vern St. Cloud (Simon Oakland).

Beamer, eager to get to the convention, needs a stop off in the bathroom first, and stumbles across the murdered body of a senator, who was going to cause some serious problems for the investigator business… Beamer flees the scene, making him the prime suspect. Both Lance and Jim begin to work the case, both convinced of Beamer’s innocence, and watching this trio together is truly enjoyable. There are glimpses of the Magnum to be, and Selleck plays everything he’s given so charmingly straight, letting Beamer know that people like the way he talks and acts (I actually laughed aloud at this reveal).

This is a very funny and entertaining episode, which actually pokes a little fun at the genre of TV detective as well as the way clues and story beats play out. A lot of fun!

The Hawaiian Headache was also written by Cannell, and aired 23 November, 1979. The phone gag this time around features a phone call from the LAPD, apparently they are having a surprise party for Chapman (James Luisi) and they need $5 towards the present.

The show opens with both Jim and Rocky (Noah Beery jr.) arriving in Hawaii. It seems the won a free, all expenses paid trip, something Rocky won’t let go, reminding Jim constantly that he was the one who fished Jim’s mail out of the trash.

No sooner do they arrive at the airport than Jim is grabbed by an old war ally, Colonel Smith (Ken Swofford) who has another familiar face beside him (well at least to Magnum fans) Dwight Whipple (W.K. Stratton). It seems Smith is the one who arranged for the tickets, and did it so that Jim can do a little job for him, top-secret and off the record.

Jim finds himself mixed up in a deal with the Vietnamese government, brokered by a man named Dutch Ingram (Christopher Cary), and all of this just gets worse when Whipple ends up dead in the trunk of Jim’s rented car.

But it’s out of the frying pan and into the fire when Jim learns that Becker (Joe Santos) is holidaying in Hawaii, and Angel (Stuart Margolin) shows up as well!

Things are strained between Rocky and Jim, as his dad just wants to spend time with him, and Jim is always going off somewhere and getting involved in trouble… it’s a rather light and fun episode, and Hawaii, as always looks beautiful. 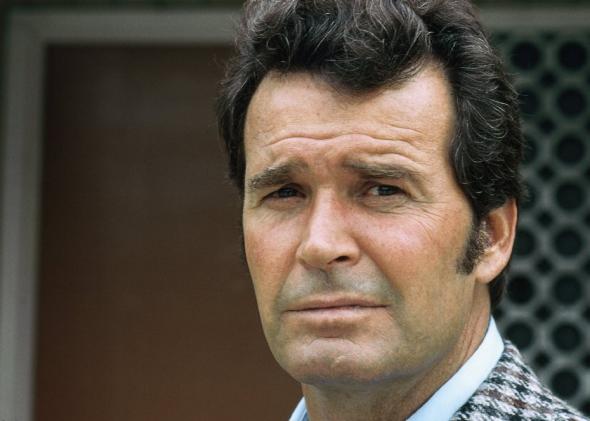