The next section of the Great Movies – 100 Years of Film book is Historical, with the first one being this epic-sized film, running three hours, that interweaves four stories through the ages. This is a lavishly produced, but lumbering film that was one of the first films that seemed like a real trial to get through.

Interweaving four different tales, all of intolerance, the film slips backwards and forwards through time, as in the present, a young woman, the Dear One (Mae Marsh) finds love with The Boy (Robert Harron), but events conspire to cause them grief, caused by the intolerance of others, resulting in prison, a death sentence, loss of a child because of an unfit mother, all because of a group known as the Uplifters.

Surrounding this tale is the assault on Babylon, caused by warring religious beliefs, and jealousy. This ended up being my favorite of the four tales, as one of the characters, The Mountain Girl (Constance Talmadge), joins in the fight to defend her city from the attackers, all because she harbors a love for the city’s leader, Belshazzar (Alfred Paget). The sets are expansive, the amount of extras, and sheer lavishness are stunning. Something like this had never been seen on film before. And honestly, there was enough in this part of the story for it to stand on its own; which was what was apparently done with it, when the original film failed to generate revenue. There is also some very nice stunt work!

There is a story set in Jerusalem, which follows the life of Christ (Howard Gaye) and his teachings against intolerance, culminating, of course in his crucifixion. This one played it safe, and didn’t really try to do anything exciting or new. 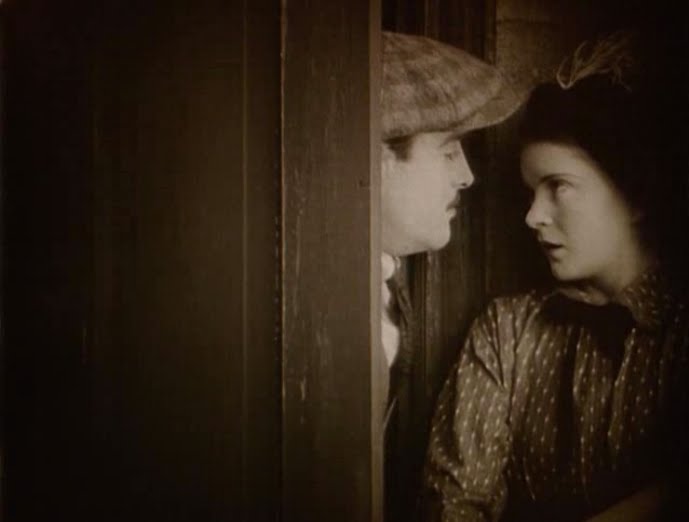 The third story featured the Catholics against the Huguenots, and ends tragically for a lovestruck couple on opposite sides of the religious conflagration.

This is by no means a boring film, it’s just a little overlong, but from a cinematic viewpoint, seeing how everything was crafted and put together, shot, and created, it’s incredibly impressive. The sheer production of this film is staggering, such a thing would never be done nowadays, it would all be computer generated set extensions, and computer generated crowds. The Babylon sequences are simply stunning, and for the most part were the bits that kept me watching.

This film is incredible to watch, standing as a fantastic cinematic achievement, Griffith does a brilliant job with his material, it just wasn’t as completely engaging as I would have liked.

The attack sequences in Babylon however are top-notch, there are some great camera tricks, including a beheading, as well as impalement, it’s a brilliantly executed bit of film.

The modern story, alongside the occasional Christ segment, are the least entertaining of the four threads, and almost all of the things that happen in the modern story seem to hinge on contrivances and coincidence.

Still, it’s a fascinating introduction to the genre of historical film, and there are a number of classics coming up that I’ve heard of but never seen… until now!!

Have you seen this one?