One of Canada’s most beloved sitcom had a theatrical release this month, and now, it’s been released to DVD and Blu-Ray.

Corner Gas: The Movie, takes us back to Dog River, and catches us up with all of our old friends, Brent (Brent Butt), Lacey (Gabrielle Miller), Hank (Fred Ewanuick), Oscar (Eric Peterson) & Emma (Janet Wright), Davis (Lorne Cardinal), Karen (Tara Spencer-Nairn) and Wanda (Nancy Robertson)… they’re all here, and it’s a joy to see them all again.

Unfortunately, Dog River seems to have fallen on rough times. With the revelation that the mayor has lost all of the money in the town’s coffers, and with Lacey desperately trying to negotiate to keep the town’s water and power on, everyone realizes that Dog River may be on its last legs. Yet, no one really seems to go above and beyond to save it.

Until Brent realizes how important it is to Lacey.

From there, the two of them try to get the town ready and entered into the Quaintest Town in Canada contest, while Oscar prepares to live off the grid. Davis deals with a forced retirement, leaving a pregnant Karen as the only cop in town, but that’s ok, they can’t afford to patrol anyway. Wanda is running illegal operations out of Davis’ man cave, and Hank has the idea of bringing in a corporate owned coffee shop to make money, and is upset when Brent won’t back him. 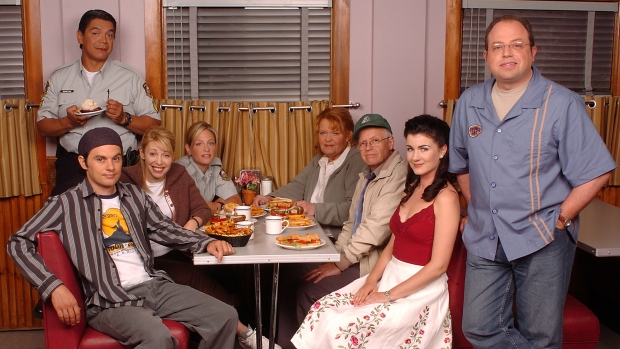 The jokes, both visual and spoken, come fast and furious, and I laughed aloud constantly and consistently, making me realize how much I missed this show and these people. They’ve also never looked better, the Blu-Ray kindly sent to me, looks fantastic, and the wide and aerial shots of Saskatchewan are simply gorgeous.

The extras are a lot of fun, and the gag reel is a hoot. There’s a commentary, a sing-a-long (which comprises a large portion of the end credits anyway, and it’s fun to see how many people of how many walks of life have taken Corner Gas into their heart).

I’ve been fortunate enough to meet and chat with Tara Spencer-Nairn during our Marathon Broadcast, and if you missed it, she is just as funny and charming in person as her character. And that is the impression Corner Gas gives me, yes, these are actors, but they all come across as people you would call friends, and may even remind you of people you know.

This one is a bit of a must for fans of the series, there are some great gags, and it’s hilarious to see how the apocalyptic Dog River we see near the beginning of the film becomes that way. Not to mention the awesome dream sequence. And there’s also a wonderful little plug in there for Canadian cult film Wolf Cop – I’d love to have a pinball machine like that!!

So, now that you’ve had your turkey, opened or returned your presents, maybe you should pick up a copy of Corner Gas, settle in, welcome some old friends back into your life, and have a good laugh. 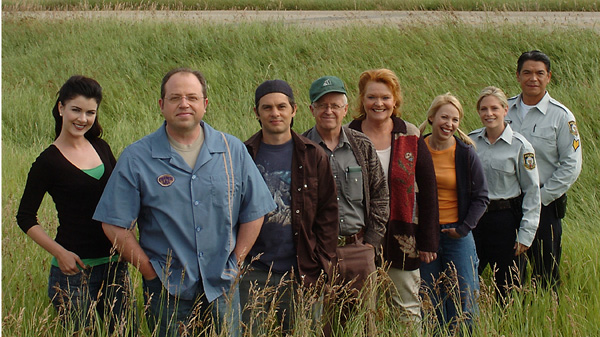