The first musical recommendation from the Great Movies – 100 Years of Film book following my screening of The Jazz Singer, is this highly enjoyable romp starring Bob Hope, Bing Crosby and Dorothy Lamour.

Hope and Crosby play Ace and Josh respectively, a couple of sailors, and chums who love to crack-wise, drink, chase women, and occasionally get into scuffles. When the pair of them get way too close for comfort to the altar, Josh by a socialite, Gloria (Judith Barrett) who is looking to marry into his successful shipping family, and Ace with some gal he only took to the movies, they decide to skip the country and swear off women for a while.

So it’s off to Singapore!

Once there, they set themselves up in a shack on the beach, and decide to just enjoy life for a bit, until they catch a show at the local café, featuring Mima (Lamour) and her whip-wielding co-star and boss, Caesar (Anthony Quinn). Finding themselves in a scuffle, they escape, with Mima in tow, and the three of them find themselves in romantic comedy territory as both guys start falling for her, and she starts turning their little shack into a home.

Things could go smoothly, but they don’t, Gloria and her family show up, and hearts are won, broken, lost and gained as the dialogue, songs and jokes come fast and furious. The chemistry between the trio, and especially Crosby and Hope is excellent, and you can see why this was just the first in a series of now famous Road movies that they made. 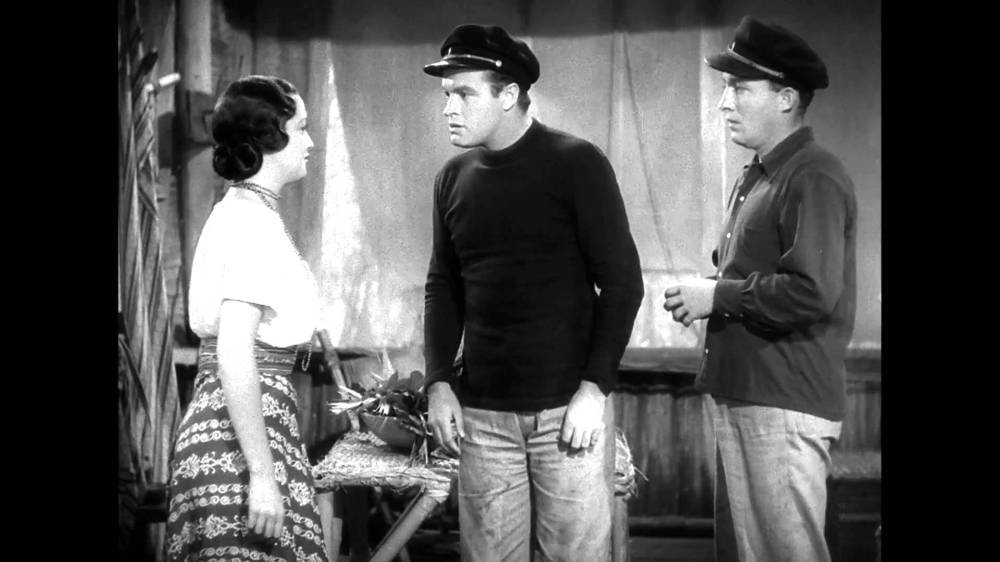 The songs are fun, though none of them are particularly memorable or showstopping, they do however give each of the stars a moment to shine, do double takes and have lots of gags.

Singapore does not look like Singapore, nor are the ‘natives’ portrayed in the most enlightened way, but taking it all in stride, i.e. goofy romantic musical comedy with great star appeal, and they win themselves a little leeway. It just feels like there is a friendship and history there that extends back to the characters’ youths, this is particularly noticeable when the pair are fishing, trying to reel in a marlin, completely forgetting Josh’s engagement party, or anytime they are about to get into a fight, you can see them brace themselves, and then, fall into an enjoyably familiar patty-cake routine.

Schertzinger keeps the film moving along at a brisk pace, never letting the story, such as it is, ease up, it’s just one funny incident after another, and Hope and Crosby simply shine. The soap bit is hilarious, and some of the dialogue is brilliant, and eminently quotable!

This made a very nice follow-up to The Jazz Singer, and I am quite looking forward to seeing how the next recommendation plays out, and I almost may end up hunting down the rest of the Road movies as well.

Have you seen them? Which is your favourite? 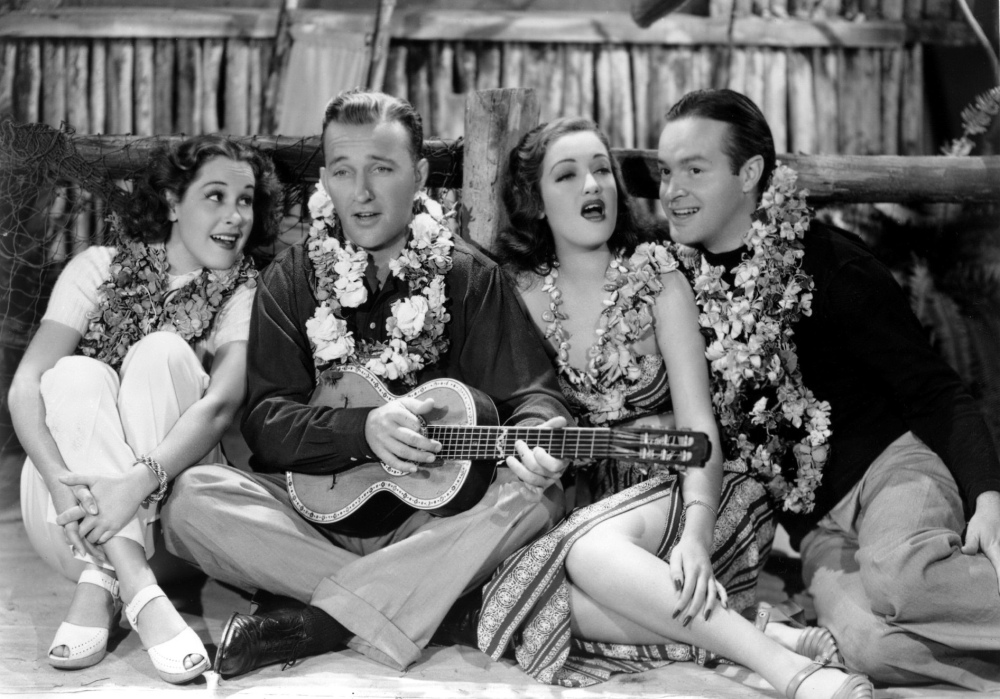