My foray into romance and melodrama following my screening of The Blue Angel for the Great Movies – 100 Years of Film book continues with this film starring Marlene Dietrich in her first Hollywood picture opposite Gary Cooper. It was also von Sternberg’s movie

Our characters all arrive in Morocco, Gary Cooper as Tom Brown, a member of the French Foreign Legion, Dietrich as Amy Jolly, a vaudeville performer, and Adolphe Menjou as the well-to-do Monsieur La Bessiere.

Brown is a bit of a womanizer, but despite that he falls under Jolly’s spell as she performs on stage, her first number was probably considered a little shocking at the time, remember this was 1930. She’s dressed as a man, and after claiming a flower from a young woman in the audience, kisses her to much applause and laughter.

It becomes fairly clear that both parties, Jolly and Brown are developing feelings for each other, but Brown’s philandering seems to prevent any real relationship from developing, especially when he’s caught out sleeping with his superior’s wife!

La Bessiere, on the other hand, is rich, and quite take with Amy, promising to give her anything she might desire. She does, in fact, seem tempted by this offer, and toys with the idea, while Brown is sent off on what he’s sure will be his final mission, under his cuckolded superior’s eyes. 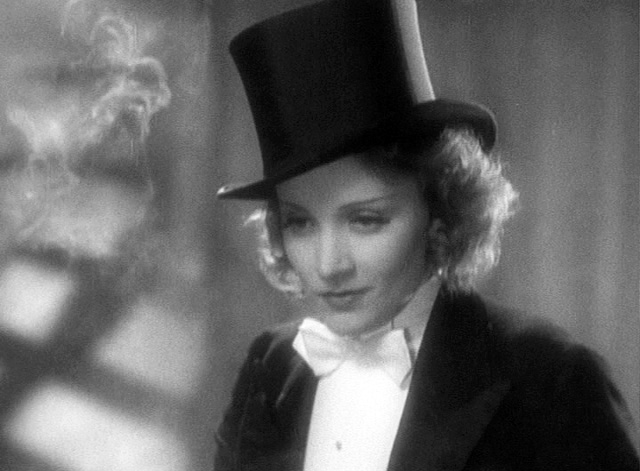 The film is quite enjoyable, and while I think Dietrich’s performance started out very strong, seeing the way her character turns out at the end of the film is a bit of a letdown, especially with the fact that no matter how Brown feels about her, he hasn’t really changed any of his habits in the womanizing department.

And it may have been me, but I felt there was a severe lack of chemistry between Cooper and Dietrich, and honestly, some of his delivery felt completely wooden.

As much as I hate the way Jolly’s character, or rather the resolution of her character turns out at the end of the film, I do like those final shots, especially the ones of her in silhouette in the archway, watching the Legionnaires walking away over the sand dunes.

It’s a well-made film, and von Sternberg and Dietrich work very well together, and Cooper seems suitably arrogant and charming, except where Dietrich is concerned, throughout the film, not exactly thumbing his nose at his superiors, but definitely taking them all in stride, and not really worrying about them… that is until he’s sent out on what he thinks is his final mission.

I also love the recurring comment you hear anytime anyone asks about Brown… there’s a constant reminder that he owes them money.

Yet another film I would never have seen without the aid of this book, so I call that a win, and can’t wait to see what comes my way next! 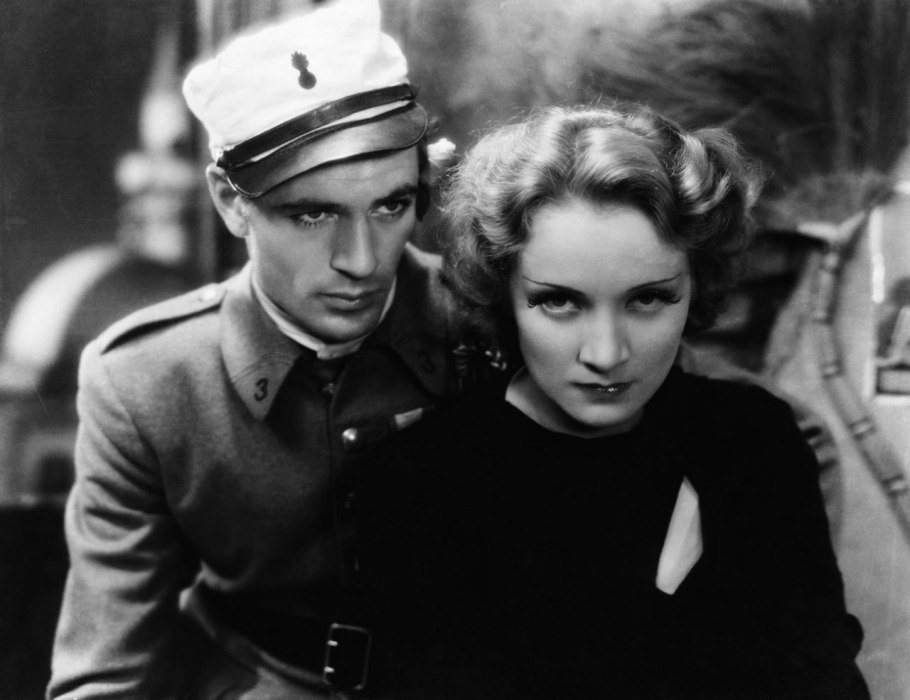