The always so cool Lance Henriksen stars in this creature-feature, cabin-in-the-woods horror film that was the directorial debut of the late, and much-missed Stan Winston.

In a film packed with people I recognize, two of them from my favorite television show ever, Quantum Leap, the film plays within the typical B-movie tropes, but with a brilliant monster designed by Stan Winston studios that elevated the film above the usual fare.

Lance is Ed Harley, a single father, living in a tiny, to say rural community would be polite, hill-people may be more appropriate (watch for a very young Mayim Bialik as one of the local kids), whose son, Billy (Matthew Hurley) is accidentally killed by a couple of dirt bikers, he seeks out the old women of the mountain, Haggis (Florence Shauffler) to invoke a local legend, a demon of vengeance, Pumpkinhead.

Raised from the earth with only one goal, kill those responsible, the frightening creature is unstoppable, and has a frightening connection to the soul seeking vengeance.

Amongst those being hunted down by the demon are Jeff East, who plays Chris, but for me, will always be Smallville Clark Kent in the original, Superman: The Movie, John D’Aquino who has done a huge amount of work, but for me, is Frank from a pair of Quantum Leap eps, and Cynthia Bain who played Michelle in the Blind Faith episode of Quantum Leap. 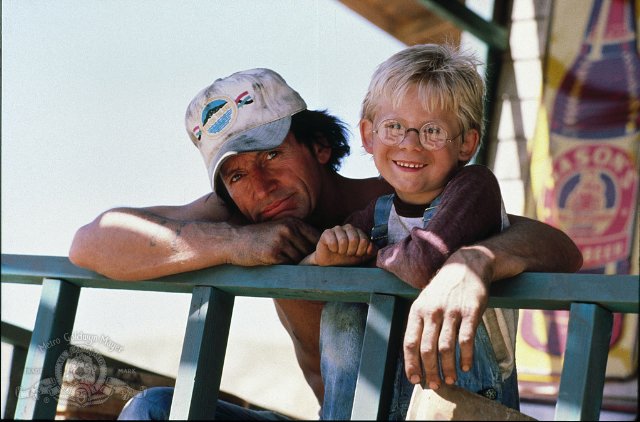 Forced to experience the killings the demon commits, Ed becomes increasingly distraught, as the creature’s victims plead the fact that it was only an accident over and over, even as the monster claims them. And while it’s kind of flakey that D’Aquino’s character, Joel, the one most responsible, and a bit of a douche, has a change of heart right before things start to go sideways, Winston has created an evenly paced film, that while doesn’t do anything new with the genre, definitely demonstrated that he understood it.

Henriksen turns in a fine performance, and he and the monster are the biggest reasons to take a look at this. The monster is simply fantastic looking, and all practical, so there is no CGI-fakery that asks you to believe something is there, this thing is there, visible, and interacting with its environment, and it feels real.

This is a fun, monster movie, very much of a B-level with only the effects work and Henriksen lifting it above that level, but both of these are exemplary reasons to watch it, if you haven’t, or to watch it again, if it’s been awhile, like it had been for me.

I love the ending, and what it means about the nature of vengeance, and the cycle it creates. It’s hinted at throughout the film, and becomes more apparent during the climax as Pumpkinhead begins to change, and those last few moments of the film, it’s kind of sad if you think about what it means for the poor soul involved.

Don’t bother with any of the half-hearted sequels, stay with the original and just enjoy… 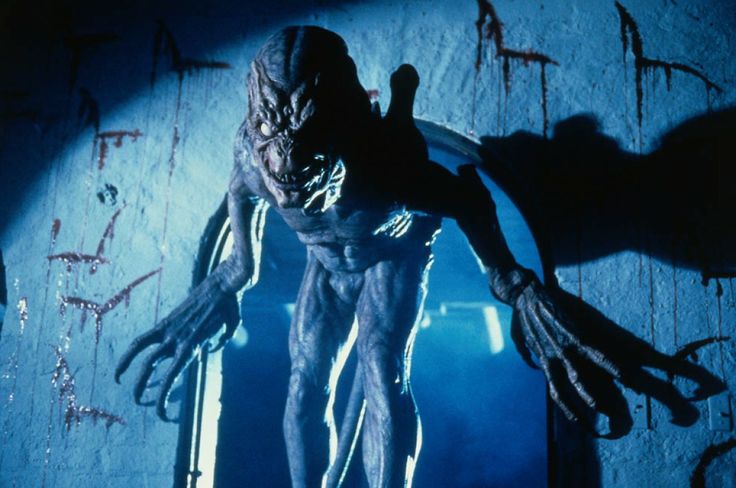