Thomas Magnum (Tom Selleck) is in for a lot of fun this week, as he has to face off against a curse, and then try to help a friend who is in way too much trouble!

First up, is The Curse of the King Kamehameha Club, which was written by Babs Greyhosky and aired 19 February, 1981. Trouble strikes the club as they prepare for the annual Surf Ski race, which Thomas has entered, a local kahuna has placed a curse on Rick’s (Larry Manetti) – who in a nice call back, complains about the disco he had in the first episode, club, causing he and Higgins (John Hillerman) to butt heads and argue, while attendance drops, and mysterious accidents take place.

Thomas investigates, and finds himself chatting with the original land owner, Sidney Dollinger (Lew Ayres), and at odds with a headline seeking news reporter, Christine Richards (Rockford Files’ Gretchen Corbett!), and her camera man is played by Selleck’s stunt double!

There are, as always, hints of real magic, right at the end of the episode, causing Thomas to break the fourth wall, and a lot of fun.

There are also a lot of fun bits as Thomas is hoping that his friends will bet on him during the surf ski race, and they all seem to laugh at his chances.

The second episode, Thicker Than Blood, was written by Bellisario, and aired 26 February, 1981. This one features a strong story centered on friendship, and specifically on T.C. (Roger E. Mosley). It also features a new title sequence, and Mike Post’s theme is front and center for it!!

T.C. flies his chopper out to land on a ship to pick up a former Marine, deserter, and druggie to whom he owes a favor. And this one will make them even, he’s going to smuggle him back into the States.

Unfortunately, the ship owner, has another plan in mind for them, and alerts the local authorities, T.C. is arrested, his business and helicopter up for grabs, and doesn’t want any help from Thomas or Rick.

Tom refuses to give up though, and is willing to give up his place on the Estate for good just to get Higgins’ help in tracking down the ship.

I love the dynamics that are on display in this episode, the friendship Magnum, T.C. and Rick share are first and foremost, although Higgins’ has some nice moments as well, especially by the episode’s end. I love the conversations all of them have about serving, about courage, and the things they have all gone through. It also has another by Jeff MacKay as McReynolds.

The monologues are getting to be a little more playful, and everything we’ve come to expect and love in this series is front and center in this episode. No wonder I love this show so much!! 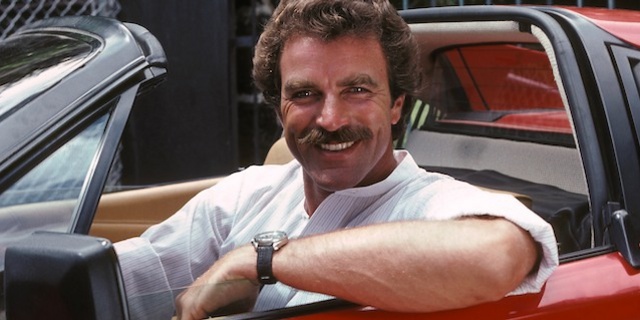