The next recommendation from Great Movies – 100 Years of Film for my screening of Women on the Verge of a Nervous Breakdown, is this increasingly surreal French film.

Three couples seem to have insurmountable problems in getting together for a dinner party. Amorous couple, the Senechals, Alice (Stephane Audran) and Henri (Jean-Pierre Cassel), the Thevenots, Mister (Paul Frankeur) and Simone (Delphine Seyrig), her sister Florence (Bulle Ogier), who has a problem keeping her alcohol down, and Mirandan Ambassador Rafael (Fernando Rey) – who is having it on with Simone.

From misunderstandings to full-out military coups, something seems to constantly get in the way of this group getting together to share a meal. It ends up being very difficult to figure out what is real, and what is not, as it seems almost everyone is having a dream throughout the course of the film.

There’s a restaurant that is out of tea, coffee, milk and water, where a soldier shares a tragic story. An incident where lunch is called off because the hosts fled for a quickie, but Rafael fears they fled because there is a police raid imminent. Another point when an army on maneuvers interrupts everything.

Things just get odder and odder, and the driving point of the film is just to see if they can get these six characters to sit down and simply share a meal together.

It’s odd, charmingly acted, and filled with fully realized characters, dreams or not.

Whenever there’s an important point, or bit of technical stuff to share, the white noise on the film is amped up to block out what is actually being said, and that, actually made everything that much more entertaining.

The film moves from scene to scene, and dream to dream, smoothly, and in a completely engaging way, Bunuel has made a film that has the simplest of plotlines, and even that gets tied up in the barest of ways. Characters cause problems, share strange dreams of death, pain, murder, and longing, all in the hopes of sating any appetites that may actually have.

There are a lot of great moments, Rafeal reaching up from under the table for another bit of lamb, the confusion over a Bishop who wants to be a gardener, the Senechal’s sneaking away for a bit of private time, and ghost stories…

I think it’s always interesting to see cinema from other parts of the world, because you’ll learn they see things in different ways, tell their stories differently, and may even move the camera in different ways to tell their tales. This one was a delightful example of a film that I had never even heard of, giving me an interesting look at the world cinema of France in the early 70s.

What other international films would you recommend that I may not have heard of? 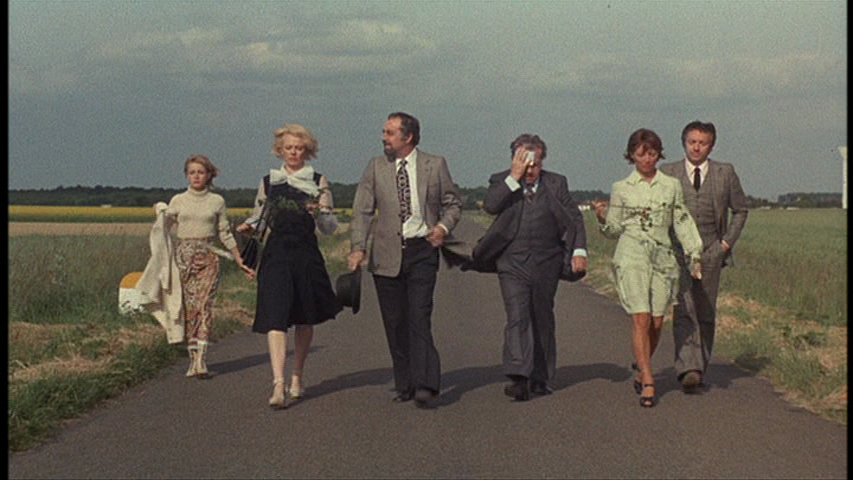