To round out the remake/reboots I’ve been watching this week I thought I’d take a look at the latest Jack Ryan film. Based on the characters (not any of the books) created by Tom Clancy, Chris Pine steps into the shoes previously filled by Ben Affleck, Harrison Ford and Alec Baldwin.

What starts out fairly decently, sadly devolves into a typical chase story by the end of the film, despite the sure hand of director Kenneth Branagh, who also plays the villain of the piece, Viktor Cherevin.

One of the things I did love, especially if you are going to go back to the beginning, is tell the whole story of how Jack Ryan became involved in the CIA, and I was happy to see that they incorporated the crash during his time as a Marine, and that he served out the rest of his tour from his wheelchair.

When the film included stuff like that, which as a Clancy reader I was familiar with, I got excited that this would be a really good techno-thriller (I’m partial to all 4 previous Ryan films).

From the hospital he’s in, wherein he meets his future wife Cathy (sad to say Keira Knightley is miscast here), Ryan is recruited to the CIA by Harper (Kevin Costner). We jump ahead in time to find Jack working as an economic analyst on Wall Street for the always awesome Colm Feore, and Jack starts to see discrepancies coming in through a Russian account.

It seems there’s an economic plan to topple the American dollar, timed with a terrorist attack, and plunge the States into the Second Great Depression. Not a bad story as far as I’m concerned…

…Unfortunately, the film is only given about an hour and forty five minutes of screen time, with a lengthy end credit sequence detracting from actual story time. It also makes it the shortest Jack Ryan adventure to date. I have a problem with that, because techno-thrillers and action films work best when you can develop your characters and have an involving story. This one could have been completely engaging, but instead seems to hit all the usual action notes, including bringing Cathy in on the mission as an asset. Something I don’t think John Patrick Ryan would ever do. I could be wrong, but it just didn’t feel right to me.

Branagh is good as the villain, but as a director and an actor, I’m sure he was wishing there was more to work with in terms of the script.

Still, of all the remakes/reboots I watched this week, this is probably the one I enjoyed most. I could totally see Chris Pine taking on this role again, as long as they give him a stronger story to put him in.

Although, halfway through the film, I started thinking… maybe it’s time to reread the Clancy books…

What one is your favorite Clancy film? Book? 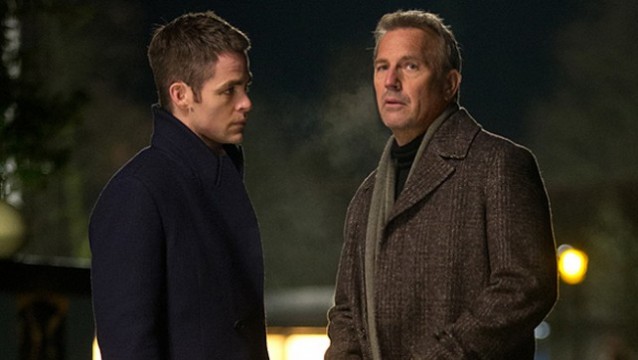