This week, the TARDIS travels far into the future, and happily, I didn’t have to watch a reconstruction of it! This time all of the episodes survived, and it was a fun tale. The Ark was originally aired from 5 March to 26 March 1966, and was written by Paul Erickson and Lesley Scott.

Over the course of 4 episodes, The Steel Sky, The Plague, The Return and The Bomb the Doctor (Hartnell), Stephen (Peter Purves) and new companion Dodo (Jackie Lane), whom the Doctor wishes to teach to speak proper English.

The trio arrive on a generational ship that left Earth on a 700-year trip to a distant planet called Refusis III. They discover that the ship is populated and filled with all variations of animal and plant, overseeing it all is a small group of humanity (the rest are in microscopic storage) and the cyclopean, Beatle-haired, species the Monoids. A class structure has overtaken the two civilizations and the humans are using the Monoids as a slave species.

Upon arriving, Dodo inadvertently infects both races with the common cold, something that was eliminated millions of years before, and they start dropping like flies. Angered, the people hold the Doctor and his companions responsible, and are threatened with death. The Doctor, however, working with one of the Monoids, concocts a cure and saves the day.

The trio boards the TARDIS to leave, but when they dematerialized, they end up back on the ship, and discover the ship is now at the end of the journey, but things have changed… 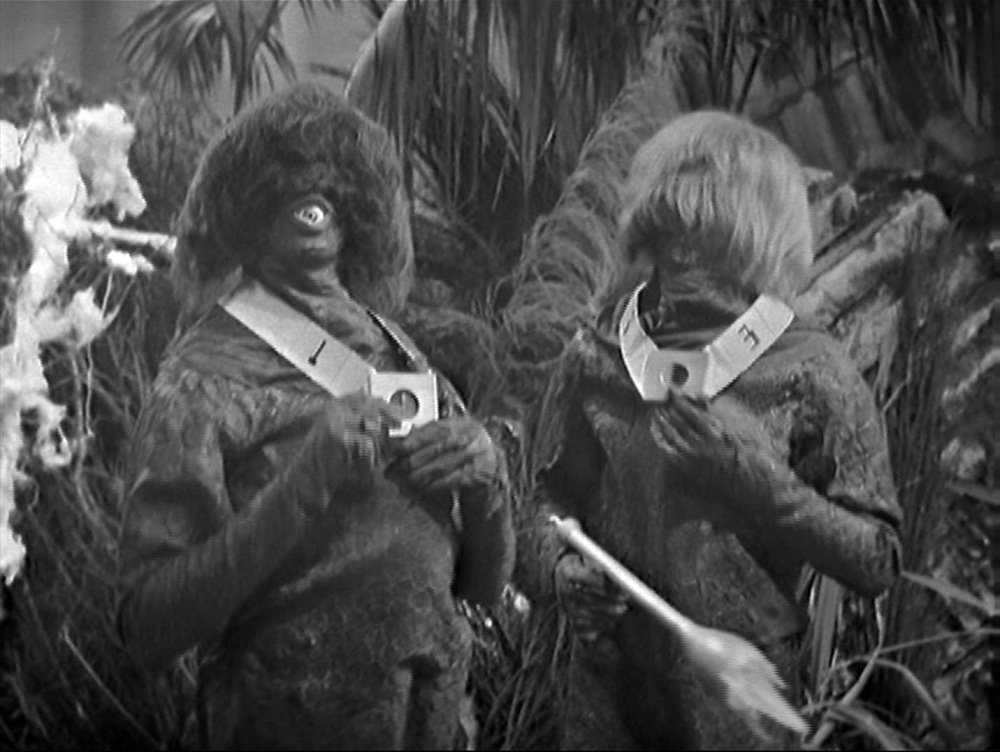 The Monoids have taken over, it seems the fever that they thought had been cured, swept through more people, and the Monoids seized control, creating automated voiceboxs to convey their orders. The group is stunned to see this turn of events, and tries to convince both sides that they should live in peace and work together.

Unfortunately, neither side seems to want to listen. The Monoids are planning on taking over the planet Refusis III, but the inhabitants, invisible to the eye, and immensely powerful, aren’t willing to share with a greedy and war-like species, Monoid or man.

The Monoids aren’t planning on letting up though, and they also have a plan to eliminate all the humans on the ship with a giant bomb, encased in a centuries old statue.

There are some nice effects (for the time) in this episode, some forced perspective, some fun model work (and yes you can see the wires), but it was nice to actually be able to watch the episode this time around.

It was a fun story, and I like the idea of the generational spaceship. The Doctor, Stephen and Dodo all leave at the end of the episode, after the Monoids, the Refusisians and the humans come to a ‘shake hands and be friends’ moment, so it would be interesting to see what happens to them. Though I do believe the original inhabitants of Refusis would keep them in check.

Next week… more trouble for the Doctor when they encounter the Celestial Toymaker!