The second season of Doctor Who comes to an end with this fun tale scripted by Dennis Spooner. It originally ran from 3 July to 24 July, 1965, and introduced another time traveler, the Monk (Peter Butterworth), from the same place as the Doctor, though Gallifrey isn’t mentioned by name yet.

The four parts, The Watcher, The Meddling Monk, A Battle of Wits and Checkmate, are a fun romp, with the TARDIS’ new companion bringing a sense of humor, and the story itself bounces nicely between historical fiction with an impending Viking invasion, and time travelling science fiction.

Vicki (Maureen O’Brien) and the Doctor discover their stowaway Stephen (Peter Purves), who initially has a hard time believing the TARDIS is a time machine, and set out along a pebbled beach to discover that they are in 1066, England.

The Doctor learns from one of the locals, that the local monastery has been taken over by a group of monks, but when the Doctor hears an odd lag in their singing, he has his own suspicions about the new residents. So, he sets out to discover the truth, but is captured by the Monk at the tail of the first episode.

Stephen and Vicki keep missing the Doctor, who warns the local villagers that there is a Viking fleet not far off the coast, arriving in the next few days, the Monk asks the villagers to prepare to set beacon fires for help he is expecting… happily, the villagers come down on the side of the Doctor.

Vicki and Stephen discover the Monk’s TARDIS, its chameleon circuit still intact, and it all comes together in the final part, as the Doctor squares off with the Monk, temporarily fooling him into thinking the Doctor has a gun pointed at his back.

Watching the Doctor and the Monk bicker with one another about his plans, about changing time, is a lot of fun, and shows a hint of the Doctor we’ve come to expect,

We also see that after warning the Monk off from his plan, the Doctor summarily renders judgement, though the Monk has a hard time believing he’s done anything… until he tries to access his TARDIS.

This was a great story, as it really brought a real sense of play, had a good story, and finally shifted the onus of the story onto the Doctor. My problem with the early stories was that Chesteron (William Russell) always seemed to be under the delusion that he was in charge, and the Doctor seemed to be marginalized, now, he’s much more prominent, and is beginning to be a lot of fun!

And just like that the second season has come to an end, and we’re about to launch into our last full season with Hartnell, as there is a regeneration on the horizon! 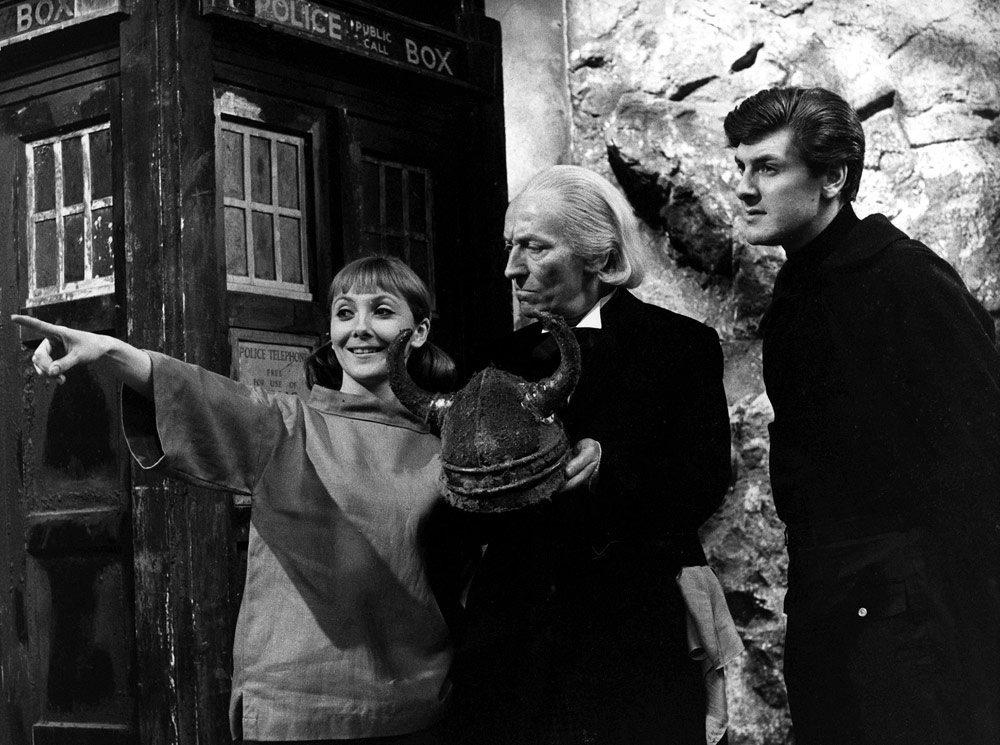