The recommendations following Pandora’s Box in Great Movies – 100 Years of Film is this romantic fantasy drama starring Ava Gardner and James Mason in the titular roles and both of them are seeking a form of redemption and salvation.

Gardner as Pandora, for me, is extremely unlikable character, cold, manipulative, and quite willing to use her looks to get men to do what she wants. She reveals a little later in the film that it’s a lack of love that makes her behave this way, but it’s hard to love someone who is so calculating.

Despite that, she has a number of suitors, a race car driver, Stephen (Nigel Patrick), a matador, Juan (Mario Cabre), and others.

She lets them pursue her, but when a Dutchman, Hendrik (Mason) arrives in the small town of Esperanza that is her home, she only has eyes for him, but that doesn’t mean she’s going to break off her relations with her intended, Stephen.

A local historian, Geoffrey Fielding (Harold Warrender), is the first to suspect who the mysterious sailor really is, and the two of them become friends as Hendrik realizes he has an ally in Fielding. We learn through a flashback that once, Hendrik wasn’t so different from Pandora, vain and manipulative, but insanely jealous of the idea that his wife may have been unfaithful. In a fit of passion he murders her, but at his trial he damns himself in god’s eyes, and remains adrift on the ocean, until he finds a love so strong that she would be willing to die for him. 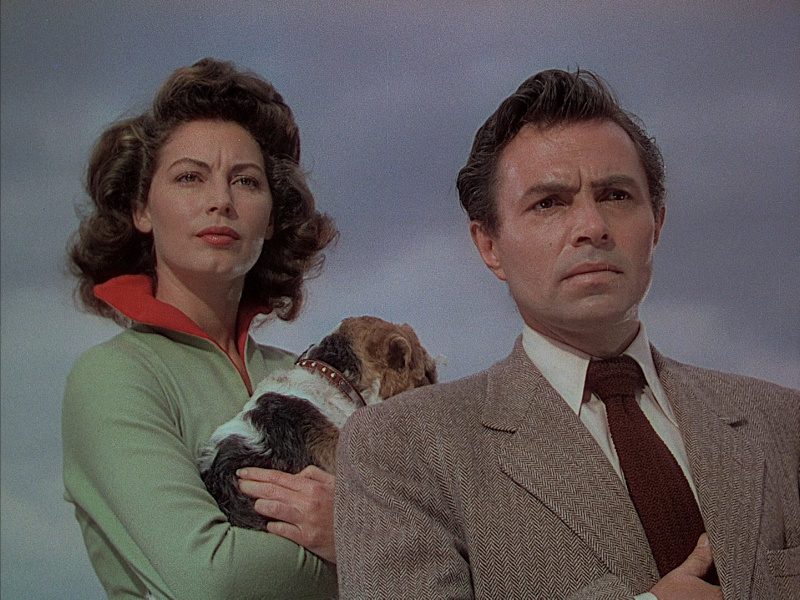 When he realizes this woman may be Pandora, he tries to push her away, valuing her life more than his salvation. yet fate, and love, will have their way, as we know from the tragic beginning of the film…

The story takes its time, letting the situations around Pandora develop, and honestly, made me dislike her all the more, and wondering if even with her inevitable sacrifice if her character could be redeemed, and for some reason, Hendrik seems drawn to her.

The film is well put together, and uses some exotic locations, and while there are some fantastical elements to the film, mainly Mason’s character, the film doesn’t feel like it delves into any extremes, rather quite happy to remain a simple romance about sacrifice, redemption and salvation.

Which leads me to wonder, what would I be giving up for love?

An interesting and enjoyable romantic drama. Have you seen it?