The Daleks are back in this week’s story written by Terry Nation and airing in 6 parts from 22 May to 26 June, 1965. It also, at the end of the story, sees the departure of Ian (William Russell) and Barbara (Jacqueline Hill) from the TARDIS as they finally find a way home.

After their adventures in the Space Museum, the Daleks have begun tracking their greatest enemy, The Doctor, and with a time machine of their own, they are intent on hunting him down and exterminating him once and for all. They pursue him across space and time in a story that gives us glances of Lincoln delivering the Gettysburg address, the Beatles performing, Shakespeare toying with the idea of Hamlet, the legendary Mary Celeste, a visit to the Empire State Building (possibly setting the stage for a later base of operations by the Daleks) and a spooky fun house.

The Dalek’s machine is a little better at pinpointing points and time and space, and zeroes in on the Doctor and company no matter where or when they are.

Through the six parts, The Executioners, The Death of Time, Flight Through Eternity, Journey Into Terror, The Death of Doctor Who and The Planet of Decision, our heroes flee across the galaxy, until arriving on the planet Mechanus, with its menacing Fungoid plants and the Mechonoids.

There they are confronted by a robotic facsimile of the Doctor, programmed by the Daleks to kill the companions and the Doctor himself.

This story moves along very quickly, and despite some odd music at the top of the first couple of episodes, it’s a highly enjoyable race. It’s also a delight to see the first appearance of a pair of glasses in the Doctor’s possession, as well as seeing how upset he gets when finally afforded the opportunity to go home, Barbara and Ian choose to do just that, leaving the Doctor and Vicki (Maureen O’Brien) to continue their travels alone.

Ian and Barbara get a nice send off though, through a series of black and white shots showing them cavorting about England, obviously delighted to be finally home. However, there is a stowaway aboard the TARDIS in the form of Steven (Peter Purvis), who slipped aboard shortly after Ian and Barbara left following the events on Mechanus.

Once again, the show demonstrates that the series can exist with a constantly changing cast, though the biggest obstacle to surmount is still over a season away, the regeneration of the Doctor!

Hartnell’s Doctor can be a lot of fun, and he’s occasionally playful, and definitely likes to giggle as he outwits his opponents and demonstrates how clever he is to his travelling companions.

I’m looking forward to the next story, we’re about to meet another Time Lord, one is known as The Monk, in the next story… The Time Meddler! 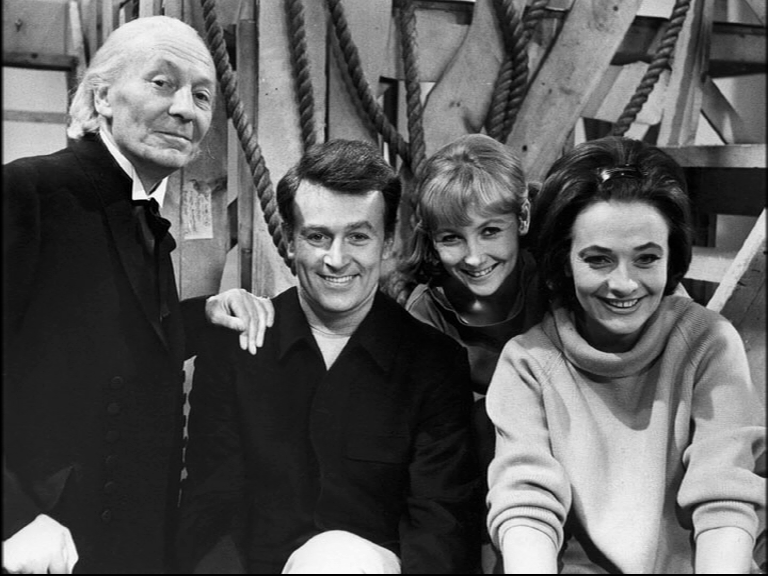