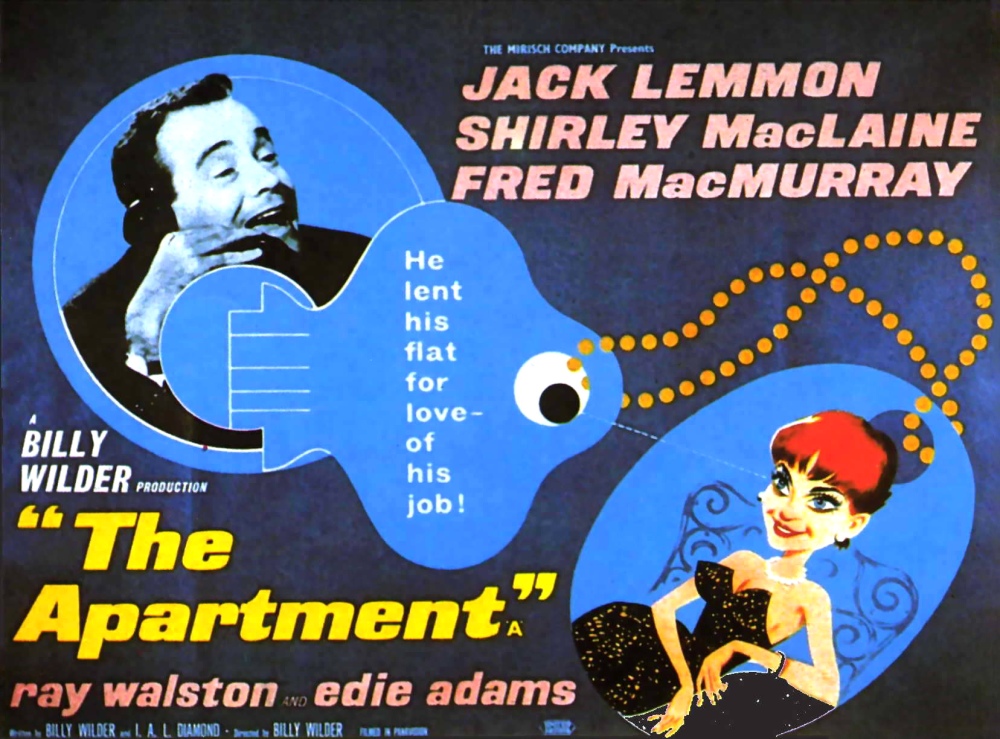 The Great Movies – 100 Years of Film recommendations following Some Like It Hot keep coming with this highly enjoyable romantic dramedy with Jack Lemmon, Shirley MacLaine, Fred MacMurray and Ray Walston. It is also the last black and white film to win the Best Picture Oscar until Schindler’s List.

Lemmon plays C.C. Baxter, a non-nondescript employee, who is making his way up the corporate ladder, not by his skills, though he is very smart, loyal and imaginative, but by letting his supervisors and superiors, including Dobisch (Ray Walston), use his bachelor pad for their little extra-marital affairs.

In fact Ray Walston’s first scene is with a woman affecting a Marilyn voice, who was put in there due Wilder’s previous work with, and opinion of Monroe.

Baxter, as he makes his way up the ladder, develops a bit of a crush on one of the building’s elevator operators, Fran Kubelik (MacLaine). And while he begins to make overtures towards her, the big boss, Jeff Sheldrake (MacMurray) cottons to what has been going on around the office, and wants to use the apartment for his own affair… with Fran.

There’s a brilliant moment when Baxter realizes that the woman he is in love with is having an affair with Sheldrake. All the fun, humor and joy that he had a moment early completely drains from his face and body in one heartbreaking moment.

Then at the mid-point of the film, when we’re really starting to love Lemmon’s performance, when he’s funny and when he’s heartbroken, and desperately hoping that Fran comes to her senses, Baxter arrives home to find Fran in his bed, having downed a bottle of sleeping pills.

Baxter is shocked, and begs for the help of his next door neighbor, Doctor Dreyfuss (Jack Kruschen), who along with his wife, believe that Baxter is leading a bit of a hedonistic lifestyle.

With the Doctor’s help, Fran recovers, but is forced to stay with Jack while she recuperates, and Jack, of course falls more in love with her, despite the fact that she continues to love Sheldrake, who is Baxter knows is just using her. 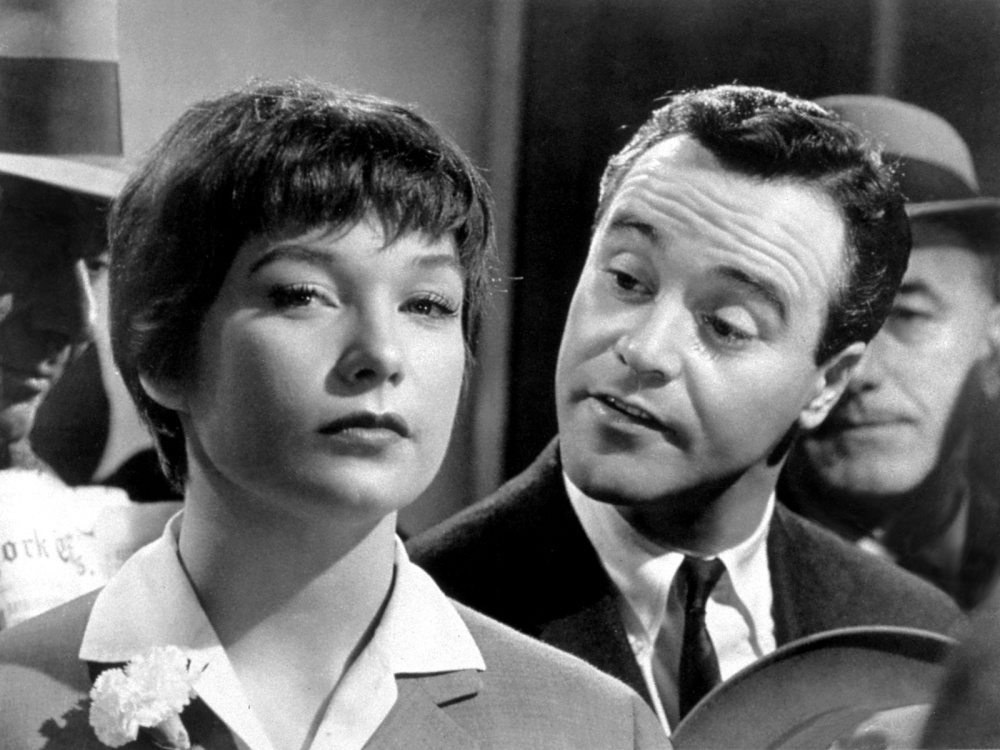 The film ends up being a perfect balance between comedy and drama, with a healthy dollop of romance thrown in, and some wicked and brilliant dialogue!

I was caught up in the film within moments of it starting and watched every scene, enjoyed every nuance of the performance, and loved the way Lemmon and MacLaine got along on-screen.

This film doesn’t miss a beat, and really wraps you up in the story and the characters, and honestly, for a few minutes I wasn’t quite sure what the ending would be, I knew what I was hoping it would be, but I wasn’t sure it was going to happen. That’s something that doesn’t happen so often for me in romantic dramedies nowadays.

I can’t recommend this one enough for any who haven’t seen it, this is fun, sad, smart and romantic…