The book, Great Movies – 100 Year of Cinema brings me it’s next big title under the comedy genre. This time talented physical artist Buster Keaton is center stage as the film’s lead and one of its directors. Based loosely on a true story, this one for me fell more into the acion-comedy genre than flat-out comedy (although the final bit when he’s helping a general direct a battle is rather comedic – featuring mishaps with his saber, and the tag is rather funny as well), and the stunts Keaton pulls off are amazing.

Johnny Gray (Keaton) has two loves in his life, Annabelle Lee (Marion Mack) and his locomotive, The General. When the Civil War encroaches on their southern town, Gray attempts to sign up with the Confederate army just as his sweetie’s father and brother have, but he’s denied as his position as an engineer on the railway line is deemed too important.

Annabelle refuses to see him, until he’s in uniform and Gray is left feeling rather dejected.

Flash forward one year, and the war is in full swing, Gray is still driving his train, and Annabelle will have nothing to do with him. The Union army, however, has a  plan that leaves our hero smack-dab in the middle of adventure. 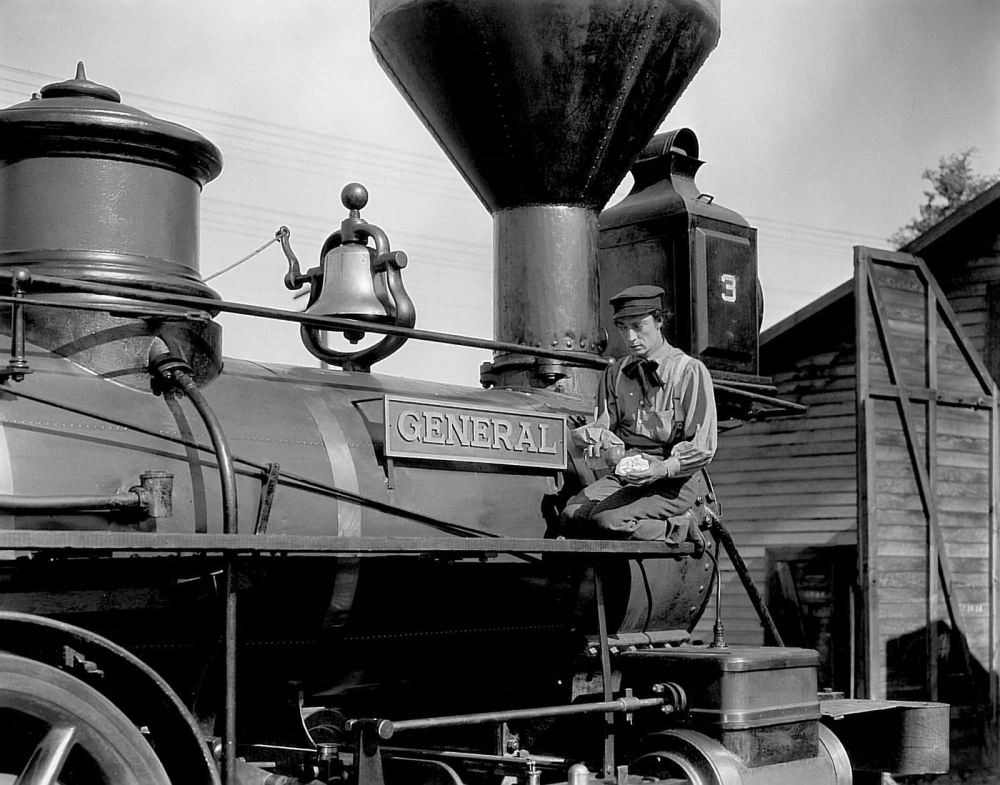 The Union sends a small group of spies south to capture a locomotive, and as they head back north with it, disrupt telegraph lines, destroy bridges, and ruin railway track, completely upsetting the Confederate forces. When the Union grab the engine car and a cargo car, they discover Annabelle inside, and take her hostage.

Gray seeing that his train has been stolen, not knowing that his love is held aboard as well, sets off on foot, by hand-car and by another train to catch up to his beloved train, and reclaim it, putting a stop to the Union’s plan.

The physical stunts that Keaton does himself are simply amazing, climbing all over a train while it’s in motion, pratfalls, standing in the middle of a rush of horses as men rush to battle. It’s stunning!

The story movies incredibly quickly, and is very engaging, showing that silent films still have the ability to captivate. Keaton plays it as straight as he can, and in fact comes across as quite heroic in many of the sequences. 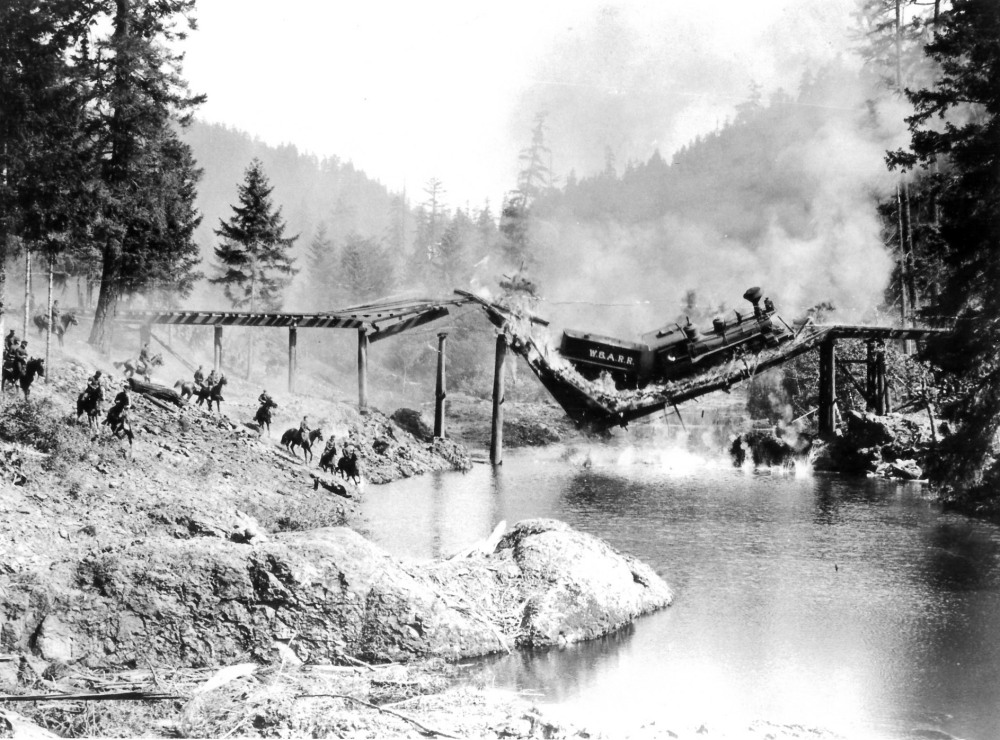 There are some simply stunning moments, the most impressive of which is when one of The General’s pursuing trains attempts to cross a burning bridge, and plunges into the water below – this was done for real, and the stunned reactions of the cast are legitimate.

The most amazing thing is how natural some of the gags seem to be set up, everything looks like it’s done completely offhand, and then boom, payoff. It’s really brilliantly executed.

I’m looking forward to seeing what the associated recommendations with this title are, but right now, I see them having a tough time equaling the joy I had at watching this film.

Have you seen this one? What were your thoughts?