Last night, at select theatres across Canada, the zemons arrived!  Half zombie, half demon, this new brand of terror has slowly but surely been taking the world by storm, and last night, it was our turn.  A homecoming, if you will, since the halfbreeds were essentially created right here in Canada – in Niagara Falls, Ontario, to be precise – by the creative comedic team of April Mullen and Tim Doiron.

Dead Before Dawn 3D marks the 3rd feature film venture for the pair (and they are almost done shooting film #4 as I write this), and Tim and I are fortunate enough to count them as friends from back in the days of their grassroots indie first film, Rock, Paper, Scissors: The Way Of The Tosser.  As such, we were invited to be extras in this much larger production, and wound up being able to shoot overnight in a school football field in Niagara Falls, to witness first hand some sweet zemon-y action for ourselves!

Jump ahead to last night, in a well-attended though not full theatre in downtown Toronto, as we settled in with our 3D glasses to see “our” film on the big screen, the way it was meant to be seen.  Dead Before Dawn has the distinction of being the first live action 3D film to come out of Canada.  It was shot in 3D using 2 cameras on a giant rig that I sort of fell in love with, and while it would have been easy to play to typical 3D gimmicks like having stuff flying off the screen at the viewers all night, Mullen and Doiron went instead for a more immersive effect, and it shows.  Right from the start, you forget you are even watching a 3D film, and instead feel like you’re standing in the same room as the characters on the screen, surrounded by all of the same objects in space.  Each frame of film is used to pull the viewer in and make them a part of the overall experience, rather than push them out by throwing things at them throughout the movie.

Dead Before Dawn follows the shy and somewhat jumpy Casper Galloway (Devon Bostick), who lives with his widowed mother (Ellen Dubin), and harbors a not-so-secret crush on pretty cheerleader, Lucy (Martha MacIsaac).  When Casper and his friends accidentally unleash an ancient curse, the zombie demon (aka zemon) hoardes quickly begin to ravage the town, and it’s up to them to stop it!  In addition to Bostick, MacIsaac, Dubin, Mullen and Doiron, the cast includes an incredible range of talent, including Christopher Lloyd, Brandon Jay McLaren, Brittany Allen, Kevin McDonald, Kyle Schmid, and Rossif Sutherland.  Together, our ragtag team has until dawn to reverse the curse, as they race through the night in a bloody Winnebago and using whatever makeshift weapons can be found along the way. 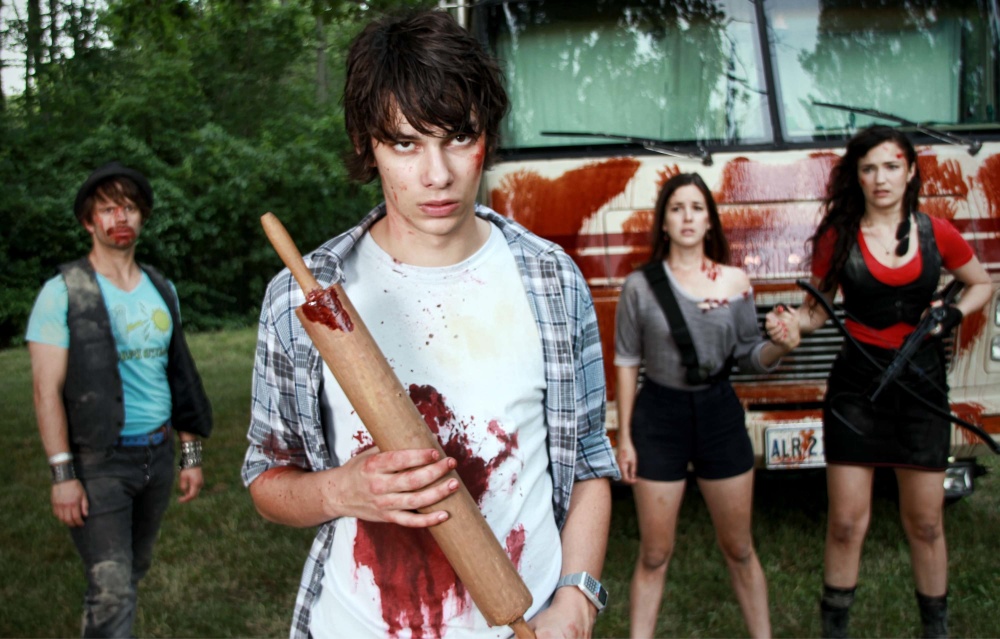 This film is great campy fun, with hilarious one-liners and quick little throwaways that had the audience laughing from start to finish.  Gramps’ Occult Barn serves as a rich backdrop to many of the scenes, and in 3D there is just never reason to stop looking at every inch of the screen.  There is very little gore, some incredibly creative death scenes, and shots that serve to crank up either the tension or the comedy – and often both – depending on what is required.  Mullen and Doiron continue to make an outstanding team, and I really can’t wait to see what they come up with next!!!

Check out the trailer, and buy it on DVD or Blu-Ray today!!! 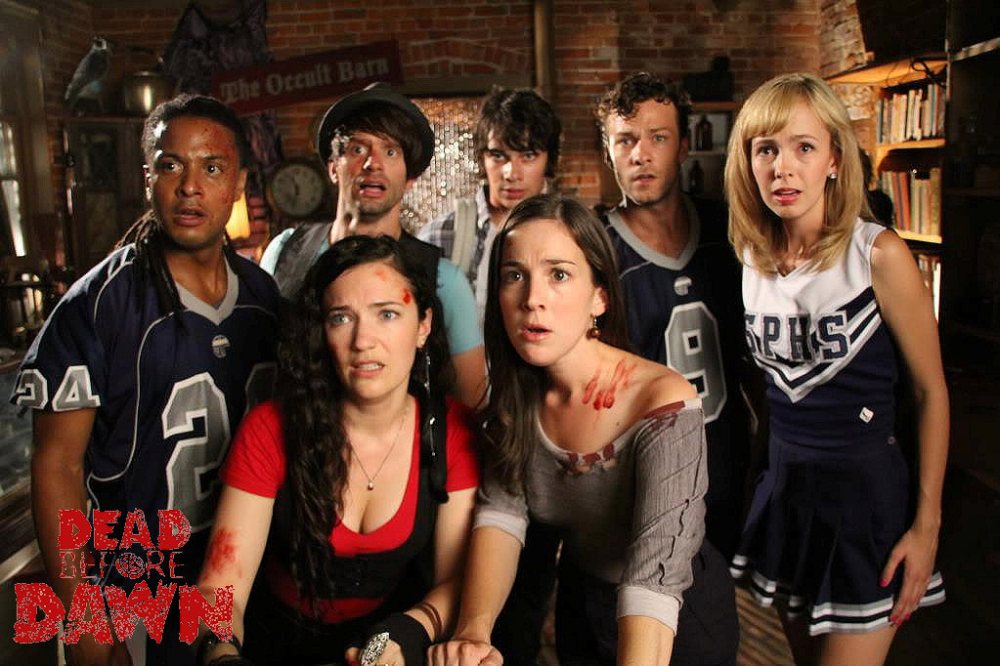