On a Saturday afternoon, there’s nothing better than curling up and enjoying some cinematic entertainment, and this afternoon, I let those festival programmers at Toronto After Dark pick my entertainment, with 9 specially selected from over 450 entries and there were some strong choices.

The collection started with an odd little two-minute computer generated film that focused on a strange-looking little girl, with a rather disturbing tongue and troubling facial features. As she is told over and over again, Baby, I Love You, the imagery around her, as well as her visage shifts and changes putting me in mind of The Exorcist and The Shining. This one was weird, and short.

Invocation combines live action and stop-motion animation in a celebration of murder and creativity, as spilled blood enables a film camera to create bloody doppelganger of the characters being filmed. Some of the melded flesh and camera was downright Cronenbergian. 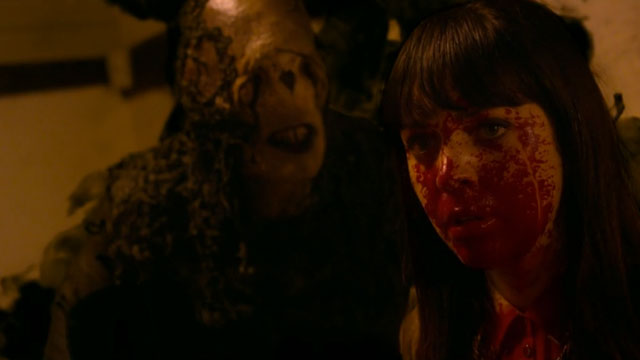 What followed was the first of my three favorite films of the program, Don’t Move opens on a blood-splattered ouija board and a message scrawled down which reads “5 must die, 1 must live. I am here.” We discover one dead body, and find the rest of the characters standing frozen about the room, as a dark, vicious demonic presence with poor visual acuity stalks them. There are betrayals, surprises and a lot of blood in this highly entertaining selection.

Sequence verges on brilliance with its story. Billy wakes up to find that not only will his girlfriend not talk to him, in fact she’s scared to death of him, but so is the rest of the entire world. It seems the entire planet has shared the same frightening dream – with Billy as its frightening star. After proving himself as not such a bad guy, the story takes a wicked twist, and sets up the next stage of the sequence.

North Bay is hard-core science fiction, as a scientist attempts to prove the existence of the Chasm Strait, a dimension of sound, outside of our perceived existence that may be able to interact with the junk DNA in our system. He’s been at it for years, until one morning he arrives and finds a 17-year-old girl who may be more than she seems, connected to him by an unrecorded song of his mother’s.

C (299,792 km per second) is another science fiction short couched in a 70s style, In Search Of special, and the takeover of an earth vessel that thanks to relativity will not be returning home to the Earth they knew, so perhaps there is somewhere else or them to go. The model work is fantastic, and the story moves nicely from the TV special to the fight for the vessel.

Rope A Dope is pure cinematic joy. A likable, if klutzy fellow is stuck in a time loop that sees him constantly facing a martial arts mafia, and getting his ass kicked soundly, though as each sequence progresses he learns more, learning not only to defend himself but taking the fight to the baddies. Comedy gives way to a training homage and finally to a no holds barred fight sequence with brilliant choreography, until the film ends with one last comedic sting. This one was a brilliant crowd-pleaser.

Kick Heart is the last selection in the program and is a delightful, comedic anime following the wrestlers Lady S and Maskman M, as violence, nuns, wrestling, bondage and romance comes to fruition.

The shorts program has always proved to be a highly enjoyable part of Toronto After Dark, giving us a slice of international cult flavor.

Which one was your favorite? 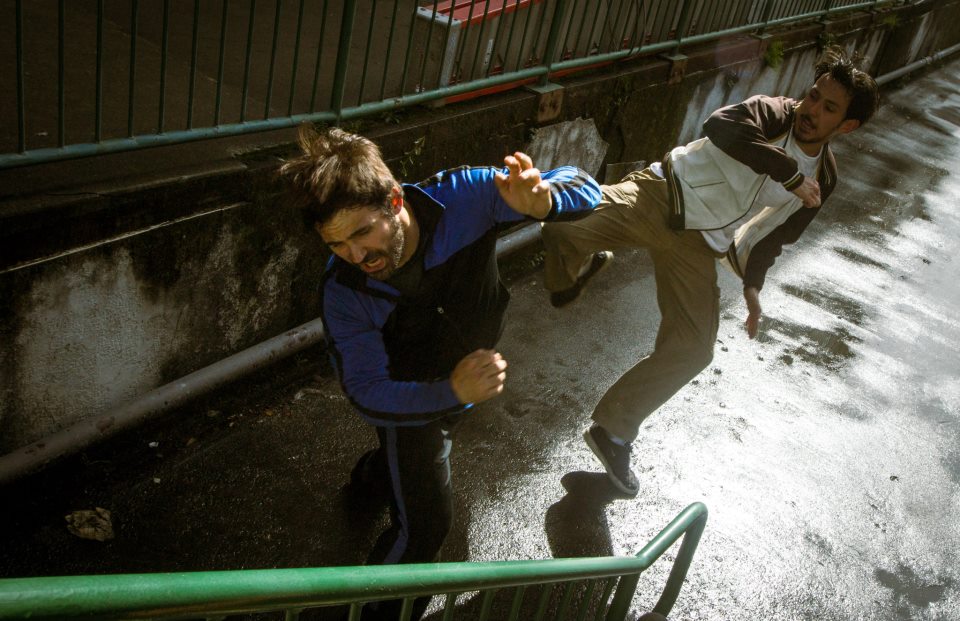