The 101 Sci-Fi Movies brings to my screen one of the greatest Japanimation films ever made, written and directed by the same man who wrote the original graphic novel, Katsuhiro Otomo – Akira. It’s epic, sweeping and massive, balancing drama, action, and humor in equal turns, and the action is amazing. I hope they never do a live action film as I currently don’t think they’d be able to do it justice, it would rely too heavily on CG to make it work. Set after the third world war, the film is an impressive achievement of animation and characterization.

The film has a multitude of characters, but at its center is Tetsuo (Nozomu Sasaki) and Kaneda (Mitsuo Iwata) – who also happens to have the coolest motorbike to ever grace any screen ever.

The boys, and their fellows are members of a gang, and one night, while fighting the rival clown gang in a high-speed chase across Neo-Tokyo. They get caught up in a secret government experiment, and Tetsuo begins to become a psionic threat to not only his fellows, but the entire city!

There are huge action sequences, quiet character moments, machinations both political and tactical behind the scenes, and a Resistance fighting an oppressive government. There is a bit of romance, Kaneda is hooked on Kei (Mami Koyama), there are scheming military folks, a scientist with his own agenda, and politicians endlessly debating all of them are caught up in events as it all comes to a head, as the original poster tagline suggests…Neo-Tokyo is about to explode…

This was one of the first anime films I was introduced to, and one that categorically proved to me, at the young age of 19, that not all cartoons are made for kids. This blew my mind the first time around, the violence, the blood, the smart content. Sure there are goofy moments now and again, but those come from the way the characters react, or something they say, rather than silly plot devices.

This is an amazing film, and shows that hand drawn animation can still have an impact.

And there are some really disturbing moments… When Tetsuo ends up in the government facility, after his early exposure, he begins having horrified visions, which three of the numbered children (who all have enhanced abilities) make worse by invading his room appearing as monstrous toys. 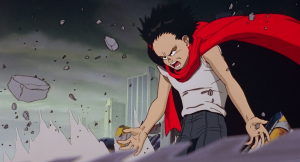 But eventually, as it does, absolute power begins to corrupt absolutely and Tetsuo begins exploiting his power, despite the warning that the more it grows the less control he will have over it, and the more under its control he’ll be. He races across Neo-Tokyo leading the people in an assault on the government and seeking to resurrect and use the power of Akira.

It’s brutal, intense, and Kaneda tries his best to stop the person who was once his friend.

There are big ideas at work throughout the course of the movie, and it’s also a movie that just gets better on repeated viewing. It’s still wonderfully stunning, and epic to watch.

(and having now rewatched it, I feel a whole anime kick coming on, I may have to queue up my Netflix and start browsing!).

What’s your favorite anime? And what do you think of Akira? 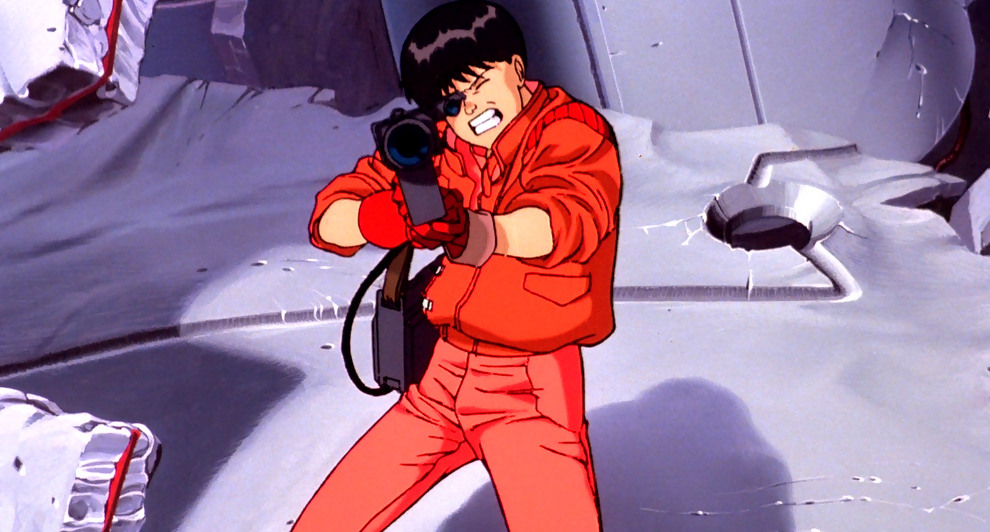