Strong women pushing the barriers society constrains them with, both then and now, is the theme for this week’s episode of Bomb Girls.

Lorna (Meg Tilly) finds herself unwitting thrust into the limelight and controversy when Dottie Shannon (Rosie O’Donnell) a reporter who used to make a living writing about recipes and knitting, is now a headline reporter talking about Dieppe and interviewing heads of state, makes Lorna the focus of one of her stories. 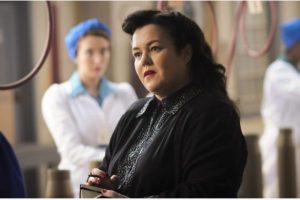 She talks about how Lorna does the job of four people for a quarter of the wage, and the men folk who are still working in the factory as stock boys take offense to it, seeing women in the workplace as a threat to their livelihood. This climaxes with Lorna confronting Mr. Akins (Richard Fitzpatrick) about an incremental raise, because, as she says, someone has to be the first through the door as well as a showdown with the male workers in the canteen (I still love seeing that set, having spent the whole day there once… I feel I know every inch of that room), and in a great moment, all the women stand with her.

It made me very happy.

Betty (Ali Liebert) is determined to own her own home, and decides to pursue a loan from the bank to help her get one. Taking Gladys (Jodi Balfour), she takes on a female bank worker, trying to prove herself a good credit risk by showing she can hold down a job, and has done since she was 16, that she can save her money and work hard. Gladys had advised her to doll up, and make herself all presentable, under the impression that it would be a male banker, and who could turn down Betty’s smile? So it made for a great dynamic having it be a woman, and watching as these three women try to find their way around what was defined as a man’s world, just so that Betty can get a loan. 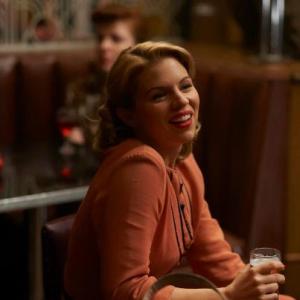 Lovely Kate (Charlotte Hegele) decides to try out for an all-girl revue at The Jewel Box, even after Vera (Anastasia Phillips) reveals the nature of the show – burlesque.

Ivan (Michael Seater) is opposed to Kate doing the show, saying it’s unbecoming, and not for a girl like her. But Kate, does it, and in fact finds it very empowering. Which is a great idea, having a character with such a strong religious background taking on something like this, which is generally vilified by religion, and the morally upright types of society. But, as many burlesque dancers, and even strippers would tell you, the power is theirs. Kate learns that this evening. Ivan however won’t be stopped however, and instead, says he wants to support Kate, and promptly proposes to her…

Gladys presents herself to her father as his only heir, and demands that she be able to see over her own funds. She should have the right to oversee her trust, and after much convincing and relenting, including a turn as hostess for one of her father’s party which sees Clifford (Tahmoh Penikett) in attendance. Do I have to mention again that I’m still not trusting him? I think I just did. 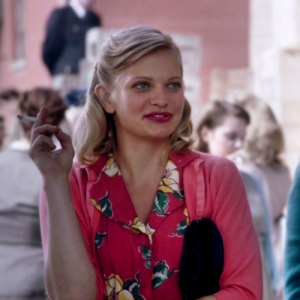 And then there’s Vera…

It’s wonderful to watch the relationship she is having with Marco (Antonio Cupo) developing, and you can tell they are both beginning to fall for one another in a big way, and she has to be there, she has to let him in, and trust him. I don’t think that’s something she’s had to do before.

These issues are still just as relevant today as they were then, perhaps even more so, and I love that the stellar writers for this show don’t shy away from them, and put them front and center, making us examine them, talk about them, and hopefully do something about them.

Please keep it up, and how about a season 3 announcement please? 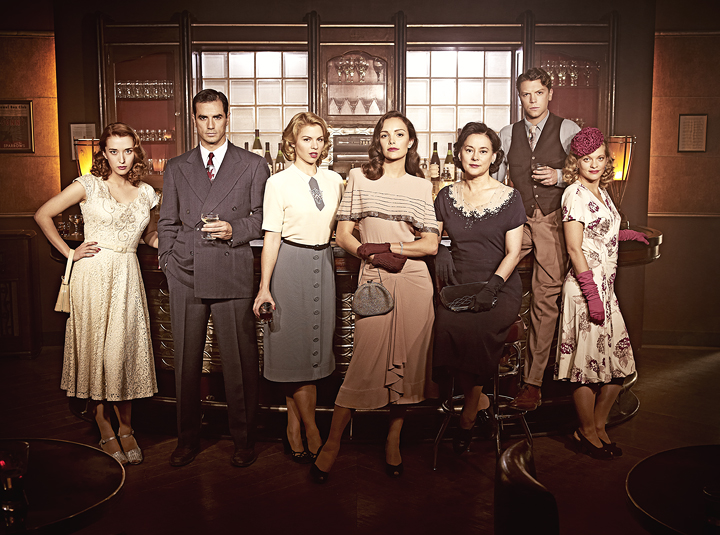