I love a good time travel movie, and this one is up there.

Nicholas Meyer makes his first appearance on the 101 Sci-Fi Movies list as the writer/director of this highly enjoyable film, but it won’t be his last!

Wonderfully combining historical biographical information, and time-travel the film follows Herbert George Wells (Malcolm McDowell) from the year 1893 to the year 1979 as he pursues his ex-friend John Lewis Stephenson (David Warner), better known as Jack The Ripper, in the time machine that he invented, and of course led to his famed novel of the same name.

Opening in London, the film begins with the Ripper’s latest killing and then switches to a dinner party H.G. is hosting, waiting for his friend John to make the big announcement about his creation of a time machine and his plans to use it.

When the police arrive to warn the good author, and his company that the Ripper is suspected to be in the immediate area, Stephenson steals the machine and throws himself into the future. Thanks to its auto-return setting the vehicle allows Wells to pursue his quarry across time and space before ending up in San Francisco.

Wells, an optimist and idealist, believes that he will find a human utopia when he arrives. He’s dumbstruck by the wonders he sees, but quickly learns after tracking Stevenson down through the aid of a lovely banker, Amy (Mary Steenburgen) that John is more at home here in the 20th century, as violence seems to be a way of existence here, and there is no happy utopia for mankind.

Mistakenly assuming that Stevenson is killed in a traffic accident, Wells spends some time with Amy, fostering their blossoming romance, until prostitutes start to turn up dead. Jack the Ripper is at work in modern-day San Fran.

The film is a joy, watching Malcom’s Wells learning to deal with the modern-era, watching how people act, imitating it, and trying to understand everything that is going on all around him. John, as he indicated, is much more at home in this time, as he says, in his time, he was a freak, but in ours, he’s just an amateur. Frightening because it’s true.

The gentle love story that develops between Wells and Amy proves that it’s not all terrible in the modern age. There can be love and where there is love there’s hope. So perhaps we don’t have an ideal utopia yet, but we can dream, idealize and hope for something more and better, emotionally and in terms of society.

John, however, has other plans in mind, but when Wells slips a couple of days into the future with Amy to prove the truth of his claims, they end up being a couple of steps ahead when they return with a newspaper from the future, one that warns of Amy’s death.

Time travel films are always high in my list, because they are just so much fun, and I love thinking about timelines and temporal shifts, parallel and alternate realities, and it’s always interesting to see what version of the time travel theory they are going to use.

Meyer has crafted a highly enjoyable time travel film, combining two historical persons, a fantastic literary creation, and a nice little romance. It’s one of those films that has something for everyone.

What are your favorite time-travel films? 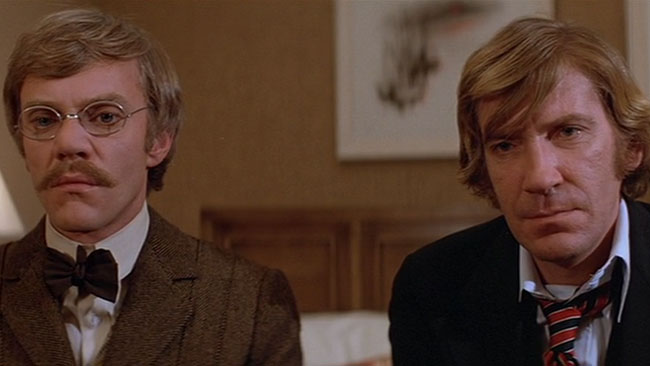