Serial killers have always fascinated the darker parts of our psyches, what makes people such monsters?

We’ve learned that most serial killers hunt alone, but what if one was so charming, so intelligent that he cultivates other souls like him, so adept at making his murders art, that he developed a following?

That’s the launching point of the new series starring Kevin Bacon and James Purefoy. Purefoy is the piece’s villain, the murderous Joe Carroll, who currently seems to be using the works of Edgar Allen Poe as his bible and inspiration, and the man himself, or at least people dressed as him including a very creepy mask, as a symbol.

Fan favorite Kevin Bacon is the not necessarily broken agent turned writer, but you know he’s dealt with some very dark things, and is still battling his alcoholism, Ryan Hardy. He’s almost unlikable when the series begins, in fact, against your better judgement you begin to gravitate towards Purefoy’s character. I think that was intentional so you can see how easily people can fall under his sway.

Even if they know he’s a monster.

SPOILERS BELOW FOR EPISODES 1 and 2

Episode 1 sees Carroll escaping from prison, leaving a half-dozen dead behind, and Hardy is called in, much to his chagrin to help bring him in again with the help of Agent Mason (the lovely Jeananne Goossen), Agent Riley (Billy Brown) and Agent Mike Weston (Shawn Ashmore). Hardy is afraid Carroll intends to pick up right where he left of and go after the one who got away, though neither she, Sarah Fuller (Maggie Grace) or Hardy were left unharmed. In fact Hardy was forced to leave the agency afterwards because of a medical condition.

Hardy returns to the scene of the crimes and reconnects with Carroll’s ex-wife Claire (Natalie Zea) and her son Joey (Kyle Catlett).

Through a series of wonderfully intercut, and just long enough to give you a context flashbacks, we see that a relationship existed between Claire and Ryan, though, it wasn’t consummated until after the divorce.

And despite re-capturing Carroll at the end of the first episode, things are already in motion, as his followers start to commit their own atrocities at his behest. It also reveals a huge web, surrounding Claire, Sarah, Ryan and Joey, as we quickly learn that we may not be able to trust anyone… those in uniform, neighbors, employees, the average joe on the street.

There’s a cast of supporting characters springing to life around the leads that are teaching us very quickly to pay attention to all the details and it really isn’t safe to trust anybody… Episode 2 sees Hardy and company trying to find Joey, who was kidnapped, though he certainly doesn’t suspect it, at the tail end of episode 1.

We get a little history and shocking revelations about Emma (Valorie Curry), who works for Claire.

Kevin Williamson the series creator, returns to the dark edge he so cleverly revealed in writing the original Scream, the second and the fourth installment. He is of course also responsible for Dawson’s Creek, and developing The Vampire Diaries. Williamson brings a welcome dark edge to The Following, it’s nowhere near HBO graphic, but so far the stories have not shied away from showing blood, or the victims of Carroll and his cult, human or not.

He’s also not afraid to shy away from the traditional jump-scare! There have been a few of them so far, and they’ve all worked really well.

Having said that it’s not all blood and scares, there is genuine creep oozing out of the entire series. In episode 1, all these people who have had contact with Carroll begin to show up at the agency’s offices, and when one woman receives a text message, she calmly steps out of her shoes, sheds her clothes to reveal her entire body covered in quotations from Poe’s works, clenching an ice pick in her hand, preparing to do grievous bodily harm. In episode 2, Hardy, follows up on a lead ends up in a creepy house that looks like a shrine to all things Poe, there are pictures, masks, quotations scrawled over the walls, weird art incorporating Poe, very disturbing. There’s also a creepy moment when Claire is brushing her teeth, and in the bathroom mirror we see the threat drawing closer and closer, despite the fact that she thinks it safe. Wow.

Not to mention the ending of episode 2, someone dressed in an Edgar Allen Poe mask douses some poor guy with fuel while he’s in line at a hot dog stand, and then lights him.

So far, each episode has led directly into the following episode (pun intended) and so far have treated their viewers like they are intelligent. I like that each one leads directly into the next, and everything we’ve learned comes into play and changes constantly.

Kevin Bacon has long been a favorite of mine, and it’s always great seeing him in any role. This one seems to be tailored perfectly for him to allow him to show an edge, compassion, as well as battling his own inner demons while hunting down the ones that exist in the real world.

Purefoy is evil and charming. He’s very well-spoken, deliberate in action and intent, and of course we know that makes his character incredibly dangerous.

My one fault with the series so far is the replacement of Agent Jennifer Mason with Agent Debra Parker (Annie Parisse), especially now that there have been some revelations about Parker. However, hopefully the door is open for Mason to return. Goossen had a great chemistry with Bacon, and wow, so incredibly attractive!

I’m quite happy with the series two episodes in and hope that writing remains this strong through the first season, and the entire series. Police procedurals, and investigative dramas are a dime a dozen, or maybe even cheaper, so it’s good to see one that not only treats its audience with respect, but isn’t afraid to remind us what kind of world these characters are playing in.

The Following airs Mondays on CTV. 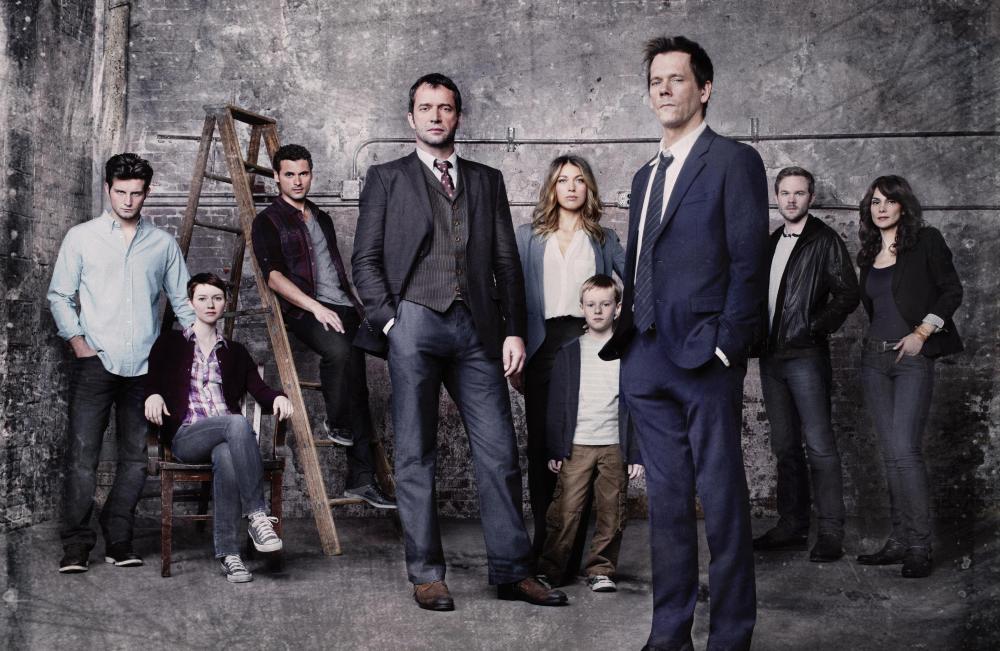