The 101 Horror Movies brought me this little entertaining piece, but except for one horrific little scene, the film, for me, landed solidly in the dark comedy section of my brain.

This Belgian film blurs reality, as the film’s three directors, Remy Belvaux, Andre Bonzel, Benoit Poelvoorde, are all in the film, using their own names… With Remy being the director of the documentary, Andre being the cameraman, and Benoit is the thief, but more importantly kller they are following.

Shot in black and white, the film feels like a real documentary, which is the point, though as soon as Ben says the line “I like to start the month with a postman,” just the pure absurdity and the casual way the line is delivered made me laugh out loud, and I knew I would be in for an interesting ride.

Ben fancies himself a bit of a clever bloke, and between killings pontificates before the camera, talking about how to properly weigh down a body, architecture as well as recites poetry. He’s comfortable with who he is, and really doesn’t see a problem with what he does, it’s just his job, self-employed of course.

There are sequences of him just killing people, which sounds dark and violent, and it is, but it just seems so comedic the way the bodies keep piling up, the way they die and the fact that they just keep coming.

I also got a huge kick out of the fact that much like a Spinal Tap drummer, the documentary’s sound man seems to suffer the same fate.

However, the documentary crew never seem to even be interested in maintinaing objectivity, they help him run down his victims, not only filming them, but helping kill them in some cases.

They are complicit in his crimes.

There is no scene more telling in that than the most horrific scene in the film… It’s Christmas, Ben and the crew are drunk, wandering the streets singing. They enter an apartment building, and bust in on a couple having a little Yuletide joy together, if you take my meaning.

Ben and the crew all rape the woman, while the man is held at gunpoint. Each member of the crew have their turn, and then when we cut to the following morning, the couple has been brutally murdered, blood and intestines are everywhere, and the crew and Ben are sleeping together on the kitchen floor.

The dark comedy rears its head shortly after in a big way, when they go to dump off the latest bunch of bodies only to find that the lake that held all of them, in fact a quarry, has been drained, and its completely littered with skeletons and decomposing bodies. Now what are they going to do?

Well, the crew, not the killer, is going to work on burying them, while Ben directs them.

Things get personal though when people that Ben actually care about turn up dead… apparently Ben robbed and killed the wrong person at one point (read as organized crime) and they are back for revenge.

I was surprised by how engaging I found this film, and yes, how laugh out loud funny some of it is, as long as you like your humour dark. So right there, I’ve established it’s not for everyone, however, if you’re not afraid to entertain your dark side every now and again, this could very well be the film for you.

Like I said I was deligtfully surprised by it.

It also shows that not all found footage/’horror’ documetary films need to be shakey-cams. 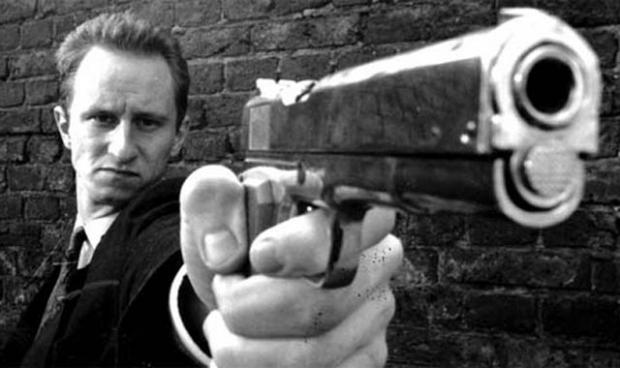