Clint Eastwood returns as The Man With No Name (although the name of his character in this film is revealed as Manco) in Sergio Leone’s follow-up to Fistful of Dollars, For A Few Dollars More.

The two men are competing bounty killers both determined to chase down the same man, El Indio, played by returning cast member Gian Marie Volonte, a vicious, dope-smoking villian (a first at the time).

Indio has no qualms about his killing, in fact early on in the film, a woman and child are killed on his order. He’s not a villian to let others do his dirty work though as he seems to delight in taking as many lives as he can.

Mortimer and Manco (referred to in some written texts as Monco – both are correct it simply depends on the language one is speaking in) form an uneasy alliance, with the older man almost mentoring the younger one, though they are both aware that neither can trust the other.

They develop a plan in which Manco insinuates himself into Indio’s gang and then tries to guide them into an ambush by Mortimer, who has more than just money on his mind when it comes to Indio. He wants vengeance.

All three films in the Man With No Name Triogy are classics, and awesome in their way, this one, it seems director Sergio Leone is more relaxed in his directing style, taking time to introduce characters, and setting them up before the main crux of the plot is even introduced.

Something I quite enjoyed.

It establishes the style, the feel, and the world this story takes place in. Eastwood is settling into the spaghetti western style of filmmaking and seems to be enjoying himself, his character is also a little more glib than in the previous outing.

The film ends in the brilliant three way draw, set to the music of a timepiece, and it’s a nice touch that although Eastwood is undeniably the star of the film, his character steps aside to let Mortimer have the final showdown.

All of this is underscored by the musical work of Ennio Morricone, with it’s recurring whistle.

For A Few Dollars More has a little more humour than the previous film, and you can see Leone establishing the style that would serve him through The Good, The Bad and The Ugly, and the other amazing western classic… Once Upon A Time In The West.

Do yourself a favor, throw on your poncho, stick a cheroot in your mouth, tug your hat down, and strap on your six shooter and revisit these films. You’ll be glad you did. 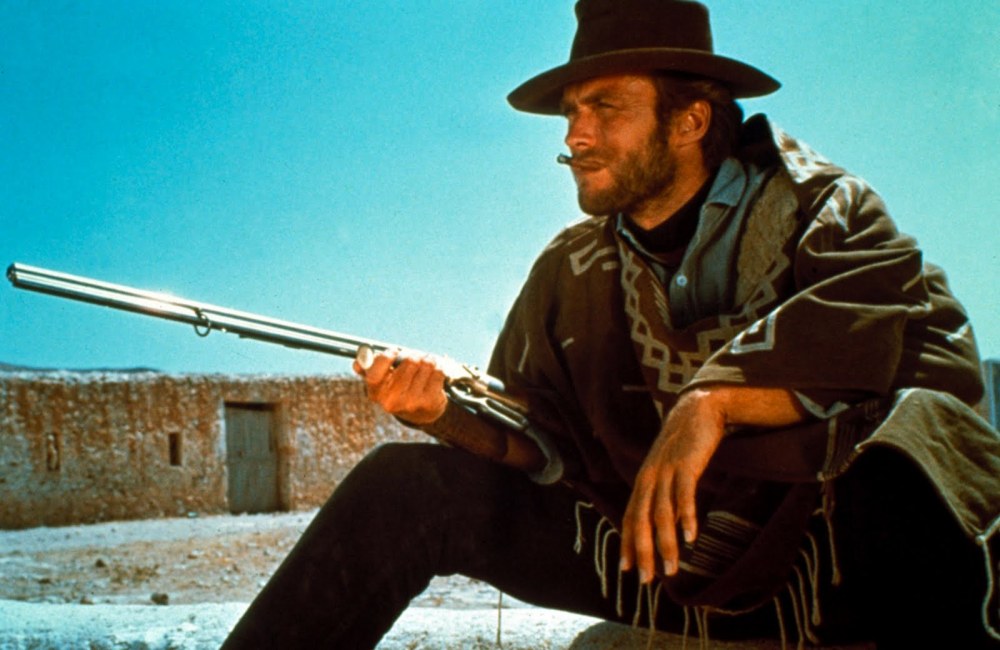