This week’s Continuum has the ‘A’ Story falling solidly into the term – ‘police procedural’ although Kiera Cameron (Rachel Nichols), still using her cover as working for Section 6, uses some of her tech, specifically her heads up display ocular implant.

We start in pre-2077, as Sam is still a baby, and Greg (John Reardon) has just received a promotion, moments later a black-out sweeps the city, but Greg promises it will be back on in 10 seconds.

We leap back to 2012 with Kiera having a tough time with mascara and lets it slip that in the future the applicator works via electro-static, and releases the correct amount needed every time.

Carlos (Victor Webster) summons Kiera to an unusual crime-scene. Something has bored a hole through the chest of Dr. Martin Ames, and the five floors beneath him.

As the duo investigate they learn that Ames, and his grad student assistant Shane Mathers (Jesse Moss) are working on anti-matter containment, which could lead to clean fusion and a reliable energy source.

Relying more on her gut, than her tech, her suit was damaged last week, Kiera begins to suspect Shane, but Ames’ former partner, who was having an affair with Shane, Melissa Dobak (Mayko Nguyen). 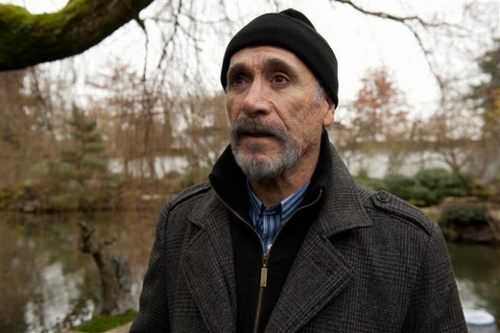 The ‘B’ story kicks off with the arrival of Kagame (Tony Amendola) in 2012, and Liber8 taking over a marijuana hydroponics lab run by a couple of thugs,  that Sonya (Lexa Doig) and Garza (Luvia Petersen) take care of.

At the same time Kellog (Stephen Lobo) is securing his own future, by paying off the mortgage of his future grandmother’s house as well as buying the twenty-something some very nice things.

As Kiera and Carlos delve further into the case, learning all the possible uses that the discovery could be used for, especially for the military, Harry Maybourne shows up to tell them to knock it off and turn over their evidence. Sorry, it’s not really Harry Maybourne, but Stargate alumnus Tom McBeath appears as Lt. General Rogers.

Carlos momentarily believes that Rogers’ appearance is due to Kiera, but she asks him to drag out turning over his reports and evidence so she can run down some leads. 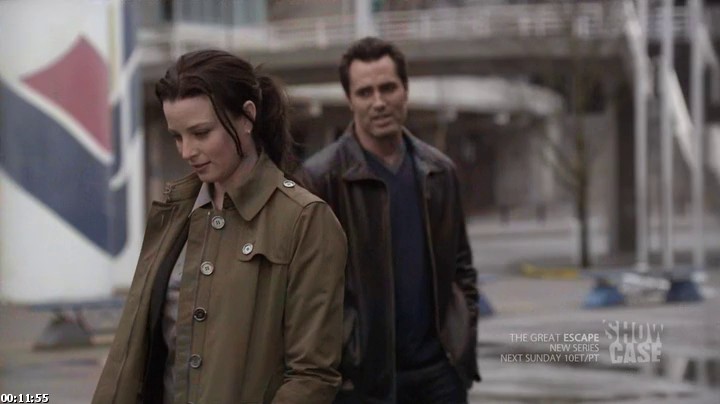 She also learns that Kagame is here, who is strolling the streets of Vancouver, remembering what will be, and recalling a speech he gave to an attentive group of people about debt-slavery to the corporate government. It’s scary because once again this is something you can see happening, and that just reminds us once again, that even though Kiera wants to get back to her family, she may be on the wrong side of this fight, though I certainly don’t condone Liber8’s violent actions.

Bringing Shane in for questioning they finally get him to implicate himself, but he won’t turn on Melissa, even after he learns she was just using him.

However, Alec (Eric Knudsen) learns that there is a second back-up, in Melissa’s possession.

In the interim, he also finds Kagame, and Kiera and Carlos race to catch him, running into Liber8, who take a baby and a mother hostage, and Kiera must trade Kagame for them.

Kiera arrives at the airport just in time to stop Melissa from leaving, and bluffs her with a protest flyer into thinking she has a warrant. Melissa hands over the data just as her fiancée arrives.

And Kiera makes a big choice. She knows the woman has committed murder, but lets her go, when she learns WHO she will become, Melissa LaRoche, who will be responsible for the creation of clean fusion. 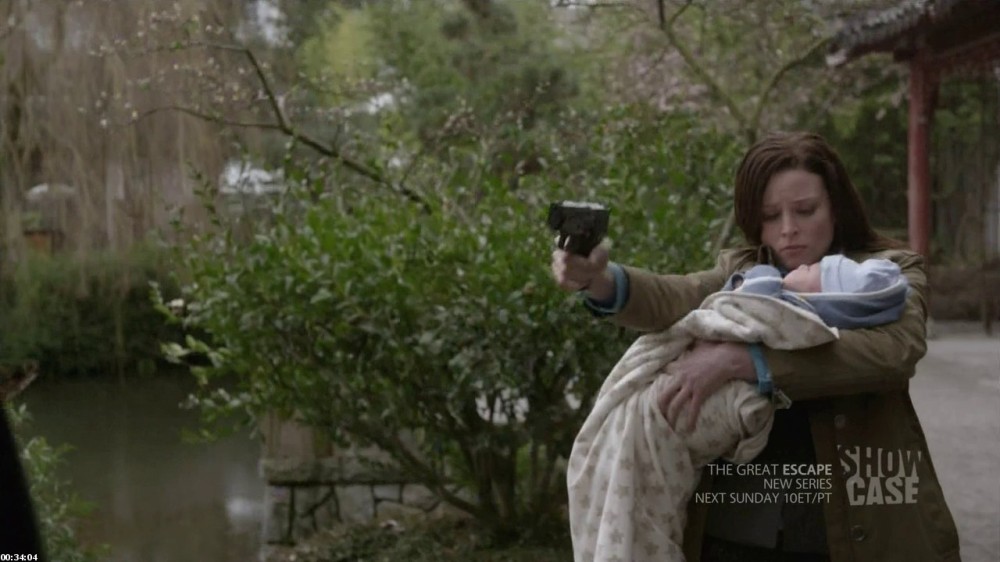 But does that make it ok for Kiera to let her go? She’s securing her own future, but does she have the right to do that, meddling with the past?

These are questions that Alec brings up as well, showing up at Kiera’s apartment (31), meeting in person for the first time. He’s there to try to fix Kiera’s suit, but also puts it to her that if Liber8 has come to the past to play god, what is she doing by letting murderers go free to maintain her own timeline?

And I asked a few posts ago… Where’s the water? Apparently, water is at a premium, so all cleaning is dry cleaning, and vibration 8 secs for 30 credits, one more thing that puts you in debt-slavery to the corporate government.

We also see that Kiera was content to stay at home to look after Sam, she’d served in the military, but was now happy to raise her child. So what happened that was enough to motivate her to join the CPS as a Protector?

So while this episode strode right down the police procedural line, the welcome hints of future history always catch my interest.

I like the chemistry and friendship that is developing between Kiera and Carlos, they are slowly starting to trust each other, which if Carlos ever learns the truth, will blow up in a huge way!

We didn’t see anything with Alec’s step family, but I’m still convinced they’ll either be drawn into Liber8, or may in fact have come back from the future themselves to alter the course of the timeline. Alec’s relation with them is tenuous at best, but what will happen when they’re on different sides of the fight?

And did anyone else notice the flyers for Sonya Valentine posted on a pillar last week, or was that just me?

The show continues to be engaging, funny, entertaining, and like the best science fiction, makes you think, imagine and see the world in a different way.