This is a good movie, but by no means a great movie.

Adversely none of the characters in the film are good at all, barring of course Yvonne Strahovski, who plays the innocent love interest for Jason Statham’s character Danny.

The film is based, loosely, on the non-fiction The Feather Men by Ranulph Fiennes, which I may have to track down to read about what may have happened. And I am in no way going to discuss the ethics of the different parties involved, as all of them are murky at best, most of which are inspired by cash.

Danny and his mentor, Hunter, are ex-special ops, who now work as assassins, with their team composed of Davies (Dominic Purcell) and Meier (Aiden Young). After one assassination too many, Danny decides to walk away, and rediscover his life in Australia with Anne (Strahovski who gets to use her own accent for a change).

When he receives a Polaroid indicating Hunter has been captured, Danny is blackmailed into carrying out a series of execution. It seems the blackmailer, a sheik in Oman, had sons who were killed in a spate of incidents with the SAS. Now, he wants revenge, whit six million dollars, and oil files hanging in balance.

As he and his team start hunting down the three ex-SAS who killed the sheik’s sons, in the line of duty I might add, carrying out their orders, but anyway, ethics, questionable tactics and such, Danny comes up against opposition from a group of retired SAS servicemen who are continuing to look after their own, using Spike (Clive Owen) as their watch dog and muscle.

Danny and his group start scheming on how to execute the SAS men, while making it look natural, and getting confessions from them before they die, but from the start they are on the short foot, as Spike and his people seem to be only a step behind, and sometimes ahead of them.

It’s fun seeing Statham and Own go head to head, and it’s always cool watching Statham go through his paces, as well as DeNiro given a few moments where he can kick ass.

The action sequences are basic, nothing we haven’t seen before, nothing to make it stand out, or above, so it falls simply into general action fare, even with the combined star power of the three leads.

But, it did make me more interested to read about what actually happened. 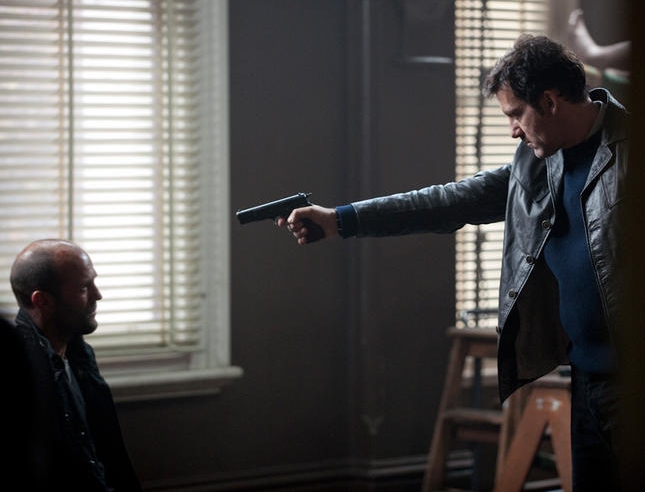