Like a Glenn Miller melody, the beats, story and emotions of this week’s Bomb Girls hits all of its notes. From tender heartfelt moments, to brassy outrage and staccato shocks this proudly Canadian show doesn’t miss a step in its stride across prime time and into our hearts.

This week’s episode begins with a field test of some of the ammunition our girls have been working on. When one misfires, injuring some of the men, Harold Atkens, the factor boss, gruffly played by Richard Fitzpatrick decides all the girls need to be retested, because in his mind they must be the ones at fault.

Interwoven through all this are several other story threads, each one of them touched on, and given just the right tone to make the entire episode sing.

Speaking of singing, the exquisite Jill Barber lends her considerable vocal talents to a number of songs used in this week’s episode, wonderfully evoking the time period.

We learned last week that Edith’s husband was killed overseas. This week, we learn that she hasn’t told her children yet, and imposes on Lorna (Meg Tilly) and her husband (Peter Outerbridge) to copy letters out she’s written to her children, masquerading as letters from their father. Meg Tilly continues to be fantastic in this series, her character trying to hold not only her factory team together, but her family while she worries if they were at fault for the misfire.

Gladys (Jodi Balfour) continues coming to life, proving she’s whip smart, and not afraid to say or call things as they are. This causes her to continually chafe against her family, as well as finding it tough to make inroads with her co-workers. Jodi fills her with life, and you can see that Gladys wants desperately to make a difference in the war effort. She makes a suggestion box for the girls, but they shun the idea.

Vera, who suffered the horrific accident last week, is recovering in the hospital, and despite reassuring visits from Lorna, Marco and Edith, still suffers at the hands of the male patients.

It’s troubling at how prevalent sexism of this nature, or any nature, was (and sadly still is) in our society.

This same sexism comes in to play when it’s learned that one of the men, who has been known to take a nip from the bottle at work, is the one responsible for the misfire. The girls were retested, resulting in Edith being fired, while he only gets a warning.

Kate Andrews (Charlotte Hegele) has her own problems this week. Lorna is asking for her security pass… but she doesn’t have one as she’s living under an assumed name. Betty McRae (Alie Liebert) helps her get one, by setting her up with a forger who will get her papers, if she poses for some pin-ups. Charlotte is stunning to begin with is, looks fantastic as a pinup girl, but yes, I did feel bad that she had to do it. As does she, so much so that she has nightmares of the abuse she suffered at her father’s hands.

Above all, this is an episode that allows Ali Liebert to shine as Betty. She takes Gladys’ idea of the suggestion box and, after hearing how the men talk about them, runs with it, and in a moment of pure pride, all the girls unite and stand behind her. She helps and supports Kate through her photoshoot, and then, after it was gently hinted at in the first episode, there is a wonderful tender scene where you can tell that Betty is falling in love with Kate. It’s not exploitative, it’s the simple act of falling in love. Through these actions, Ali lets us in, under the tough exterior that Betty projects.

It was also great to see Brittany Allen join the cast, as we’re looking forward to seeing her in a little movie that Sue and I got to be (a small) part of called… Dead Before Dawn 3D.

The show continues to be wonderfully entertaining, while illuminating part of our past that we may not be familiar with, and doing it in an engaging way.

One can only hope that it goes to series. I would love to see more of this story, with these fabulous actors.

Bomb Girls airs Wednesday night at 8 on Global, or you can catch up online at… 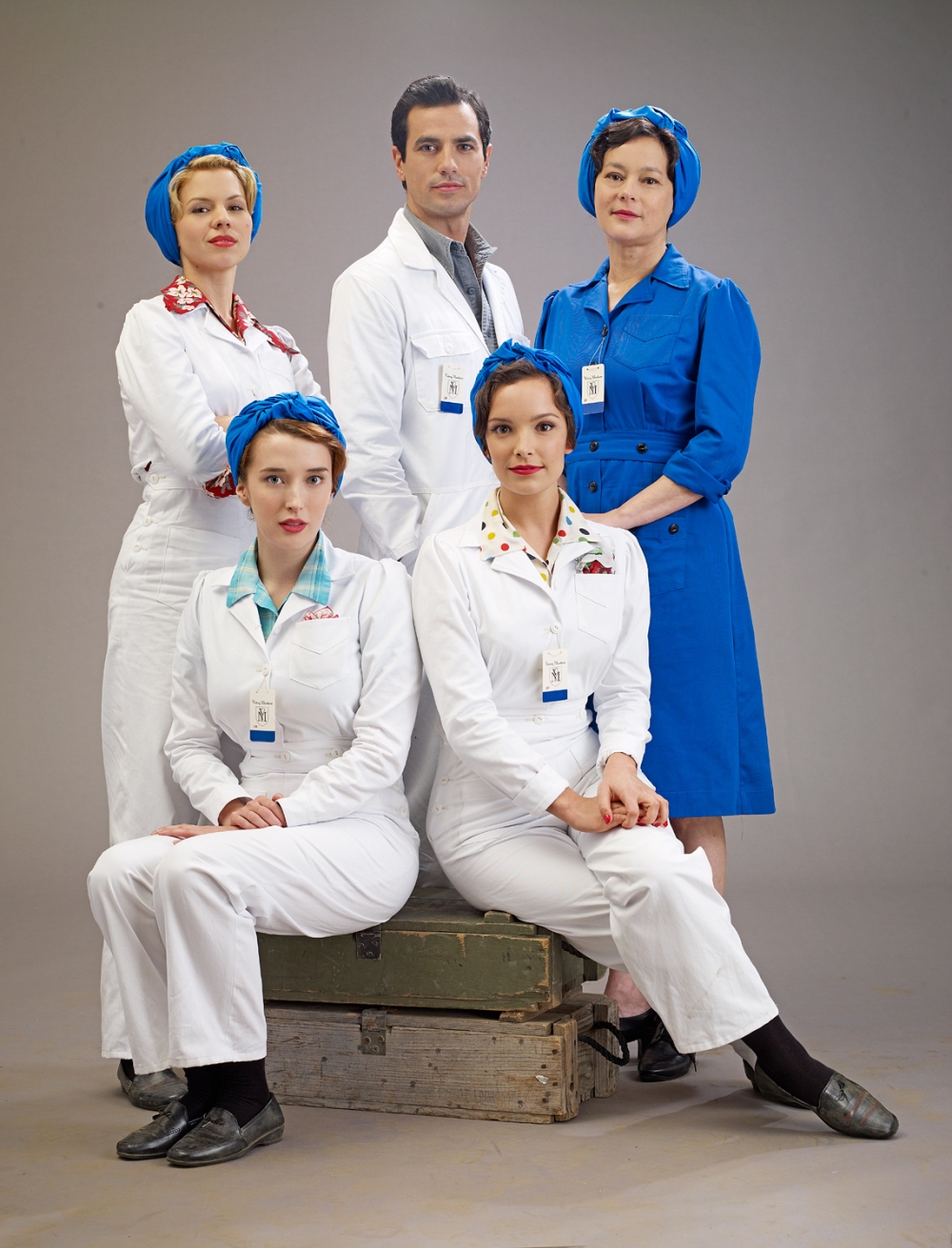