Hera (Vanessa Marshall) takes on a cool mission in Wings of the Master, the first episode up this week. Written by Steven Melching, this episode first aired on 11 November, 2015.

Hera travels with some of the Ghost crew to the remote planet of Shantipole to convince a reclusive designer to let her test his new fighter, the B-Wing, in the hopes of proving the ship capable, and essential to the growing rebellion.

There are some nice nods to the Original Trilogy, not just the B-Wing itself, but Shipmaster Quarrie (Corey Burton) is named after famed illustrator and artist, Ralph McQuarrie whose paintings helped create the universe.

While Kanan (Freddie Prinze jr.) and Ezra (Taylor Gray) take the Ghost on a supply run to a system that is nearing collapse under the Empire, Hera tests out Quarrie’s new ship, and Zeb (Steve Blum) and Sabine (Tiya Sircar) are able to lend a hand.

There’s a nice sequence that shows the exhilaration of flight, and how much joy Hera takes in it as she pushes the B-Wing to the envelope and beyond.

Hera and the rest are able to get back to the fleet to help Kanan and the rest make their delivery and push the Imperials back by unleashing the B-Wing’s weaponry on them. It’s a solid episode, and I love seeing the B-Wing, which, honestly, never seems to get enough love. 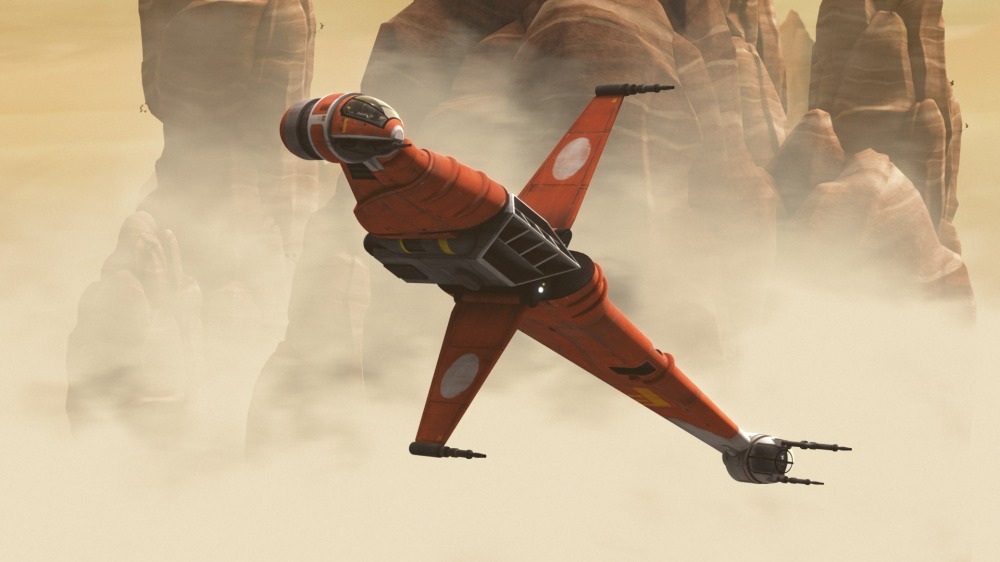 Blood Sisters was written by Kevin Hopps and first debuted on 18 November, 2015.

Sabine gets to take the spotlight when she serves as an escort to a courier and finds herself coming up against her old partner, and friend, Ketsu Onyo (Gina Torres).

We learn Sabine used to be a bounty hunter, and that something happened between her and Ketsu, who has now gone on to work with the nefarious, Black Sun crime organisation. And they want the courier, which is revealed to be a gonk power droid.

Things get complicated when the two go head to head to grab the droid, but take a turn for the worse when the Imperials show up in a cruiser ready to take both ships in tow, and claim the droid for themselves.

The old friends, turned competitors and frenemies must work together to escape the Imperials, and perhaps give Ketsu something to think about by inviting her to help out the rebels in the future.

I like that Sabine got an episode to herself, even as Ezra follows her around like a lovesick puppy. That poor guy has it bad. Stealth Strike was written by Matt Michnovetz and first aired on 25 November, 2015.

Kanan and Rex (Dee Bradley Baker) are forced to go undercover on an Imperial cruiser after the Empire captures Ezra, Commander Sato (Keone Young) and the rest of his crew. The Jedi and the Clone have to work together, disguised as stormtroopers.

This ends up being an action-filled episode, and allows Kanan and Rex to share a lot of moments in a buddy-cop kind of way, that shows that they can work together well, and that perhaps they don’t have so many problems with one another as they thought.

The Imperial cruiser is also cool, it’s an interdictor that uses gravity well generators to pull ships out of hyperspace, these are going to be a problem should they show up in mass numbers. Readers of the original Expanded Universe novels will sure recognise them.

A highly enjoyable episode that fires blasters, swings lightsabers, and embraces the buckle and the swash of the space fantasy adventure that is Star Wars. That adventure in a galaxy far, far away continues next week with another trio of episodes from Star Wars: Rebels. Until then, may the Force be with you… 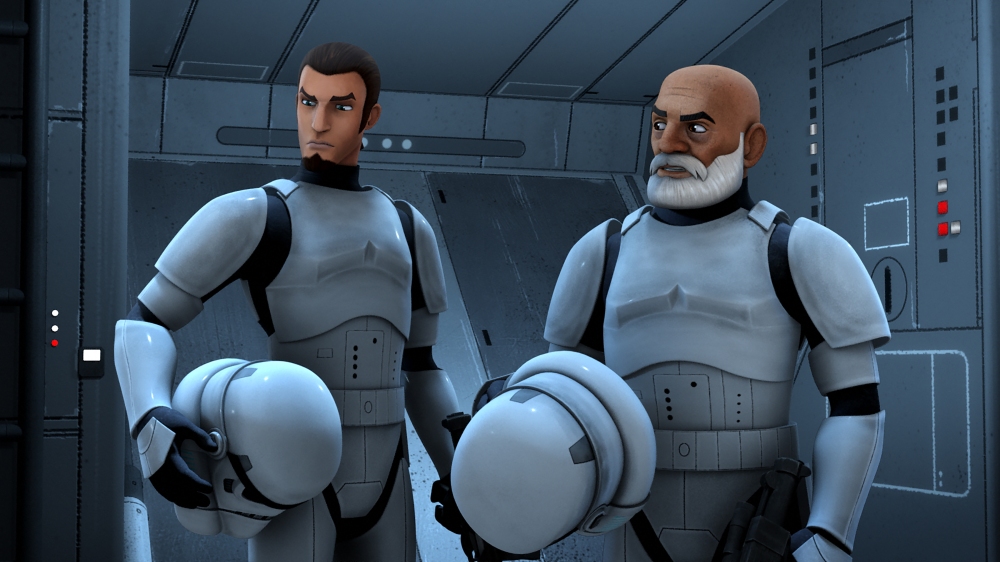