Chuck (Zachary Levi) tries to help Morgan (Joshua Gomez) deal with the break-up of he and Anna (Julia Ling) but trouble ensues when Chuck flashes on Anna’s new boyfriend.

Chuck Versus the Best Friend was written by Ali Adler and first debuted on 23 February, 2009. And while the team, gets pulled in on the mission, Lester (Vik Sahay) and Jeff (Scott Krinsky) beg Ellie (Sarah Lancaster) to let their band, Jeffster, play her and Awesome’s (Ryan McPartlin) wedding.

Chuck’s mission is to befriend Anna’s new boyfriend, which despite just being a job feels like a betrayal of his and Morgan’s lifelong friendship. Even if he’s trying to bring Jason Wang (Jack Yang) down.

But what happens when Morgan sees Chuck and Sarah double-dating with Jason and Anna? With their friendship hanging in the balance, we get some nice backstory for the two best friends but how will Chuck and Morgan get past this?

And what happens when Jeffster auditions? or Wang’s villainous associates come looking for Morgan at the BuyMore? or the baddies’ plan goes into action?

The episode features references to Spies Like Us, as well as some Eminem lyrics.

Two seasons in, the series seems equally committed to giving us great spy stories, lots of pop culture references, and some great character development. With, you know, some great stunt casting as well.

Such an engaging series and Levi really shines! 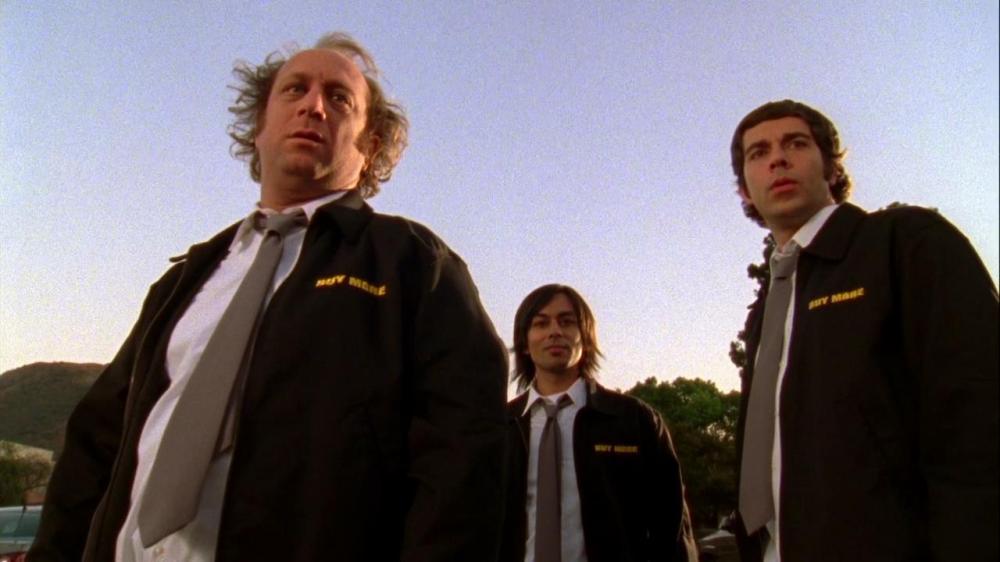 Chuck Versus the Beefcake was written by Matthew Miller and Scott Rosenbaum. It first aired on 2 March, 2009.

Chuck is understandably upset and jealous when Sarah has to partner up with a MI6 agent, Cole Barker (Jonathan Cake) to recover some Fulcrum data. And this plays with the feelings of their fake/real relationship as they have ‘broken up’ again.

Morgan crashes at Awesome and Ellie’s place because of his mother’s current relationship with Big Mike (Mark Christopher Lawrence), while Lester and Jeff somehow get on board the BuyMore hiring committee, and this is going to cause lots of problems for Chuck and Big Mike.

Morgan’s move causes Chuck to come up with an idea for the pair of them, even as he attempts to deal with the undeniable attraction between Sarah and Cole.  But things get complicated when Cole is captured by Fulcrum at episode’s end, and causes Chuck to be in permanent protective lockdown…

He and Sarah have to resume their ‘relationship’ and have to move in together, squashing the plans he and Morgan had.

You honestly forget how good the series is. You remember enjoying it, but you don’t recall how much you enjoyed it. It’s funny, emotional, so well-crafted and all the characters are so well-realised while playing within and skewering the genre. 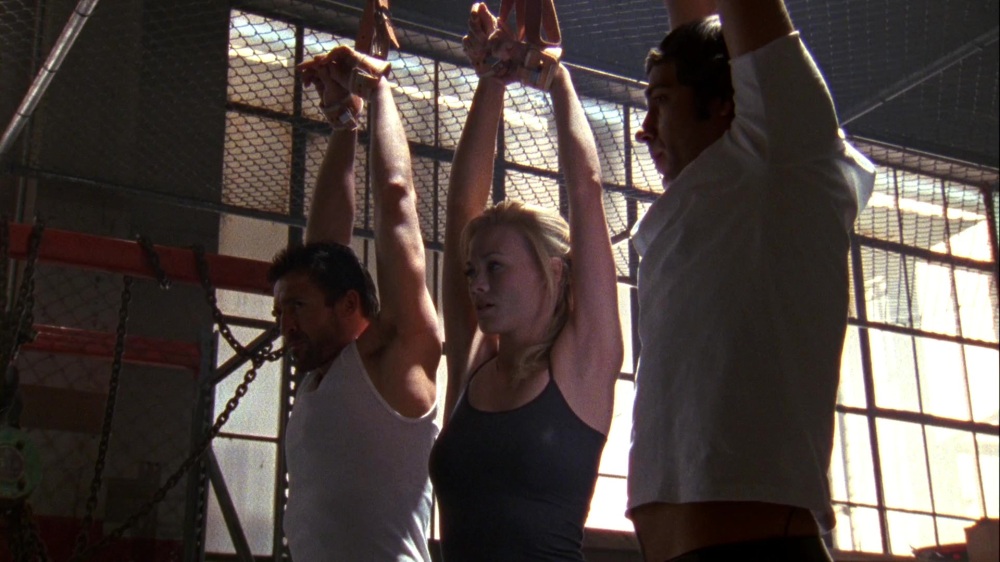