Andres Bormanis pens the teleplay for this episode from a story he developed with Micheal Sussman. It first debuted on 25 January, 2004.

The Enterprise finds a derelict insectoid Xindi ship in crashed on a planet within the expanse, and things become a little troubling for the crew when Archer (Scott Bakula) becomes increasingly obsessed with preserving the clutch of unhatched insectoid eggs the ship is carrying.

It’s brought on during an investigation of the ship, and he gets sprayed with fluid from one of the egg sacs. He begins to turn against the crew, becoming more and more focused on the eggs, and the lives within, even if it puts his own people and the ship’s mission at risk.

He even relieves T’Pol (Jolene Blalock) of her position (and others), when she refuses to follow orders regarding the hatchery, when they come into conflict with the Enterprise’s primary mission. Trip (Connor Trinneer) confronts him as well, but what happens when a Xindi vessel shows up?

The episode also shows that despite the discussions a couple episode back between Reed (Dominic Keating) and Hayes (Steven Culp) there is still some tension between the two of them as they try to figure out the best way to ensure the safety and security of the ship and the mission.

It’s an interesting story, but I have a problem with the fact that the MACOs take Archer’s side, even though Hayes, and his crew should know better, and have the brains to figure out that something is wrong with the captain, considering how focused Hayes seems to be on the ship’s mission.

Not the most well thought out episode, but an interesting glimpse at obsession, and how the crew works together.

The Enterprise reaches Azati Prime where the Xindi weapon is being constructed in this episode written by Manny Coto from a story by Coto, Rick Berman and Brannon Braga. It first debuted on 3 March, 2004.

Archer is convinced that only a suicidal mission will be able to stop the weapon, and he elects to be the one to do it. Temporal Agent Daniels (Matt Winston) shows up to advise him to reconsider (or rather Archer goes to him – 400 years in the future, and we learn the Delphic Expanse may be the real weapon created by the Sphere Builders – and we get to see the Enterprise J), but things are moving fast now.

Archer is captured by the Xindi and must convince the council, which includes Degra (Randy Oglesby), who recalls his time as Archer’s prisoner, that humanity is not a threat to the Xindi.

The Xindi doesn’t only capture and torture Archer, but they launch an attack that nearly destroys the Enterprise.

This episode turns the Xindi arc in a new direction as we learn who the real threat is, but will that allow for a peace, or at least an uneasy truce between Earth and the Xindi?

The Human Adventure continues next week, and the Xindi arc continues as I explore more of The Complete Series on blu-ray, available now from Paramount Canada. 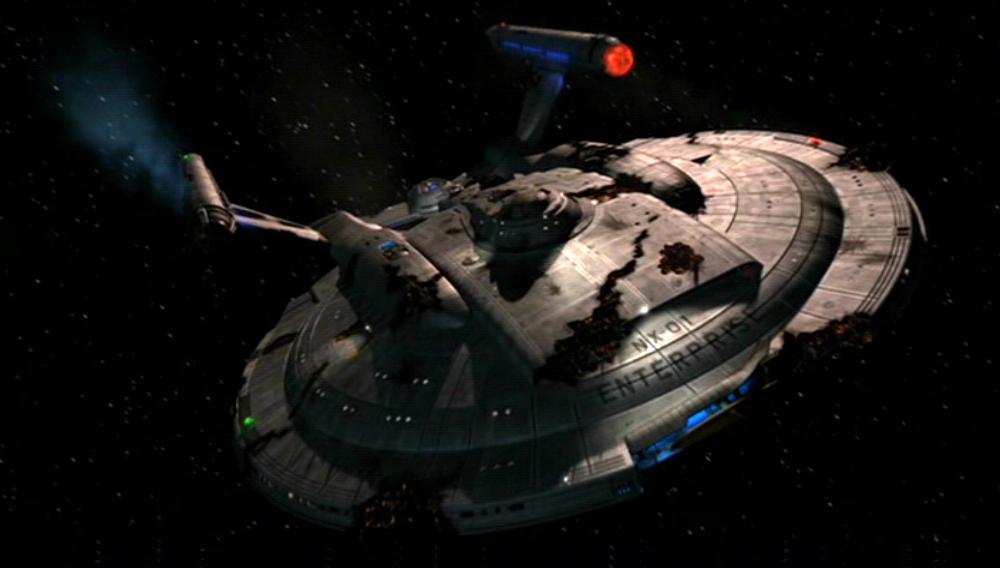