Ten Bad Dates With De Niro lets me dive into some Al Pacino films, movies where he gets shouty, and the first one I get to rewatch that I haven’t previously covered for the blog is this film from 1992, and just seeing the poster art sends me back.

I was just getting into the video store business at that point, and I remember seeing the cover art on the top shelf of the racks where we would keep all the new releases. And I’m fairly sure this was one of the first films I took home with my free rentals – we got ten every two weeks.

Nominated for four Academy Awards, Best Picture, Best Director, Best Adapted Screenplay and Best Actor in a Leading Role this rewatch revealed one thing. It did not deserve Picture, Director, or Screenplay, it doesn’t feel very enduring, in fact an hour after I’m done writing this post I may not be able to tell you what the film was actually about because Pacino, who did win the Oscar overshadows everything else in the film.

Pacino plays Frank Slade, Lt. Col.(retired), a blind, bitter man who seems to hate every aspect of his life, and his performance outshines everything and everyone else in the movie. 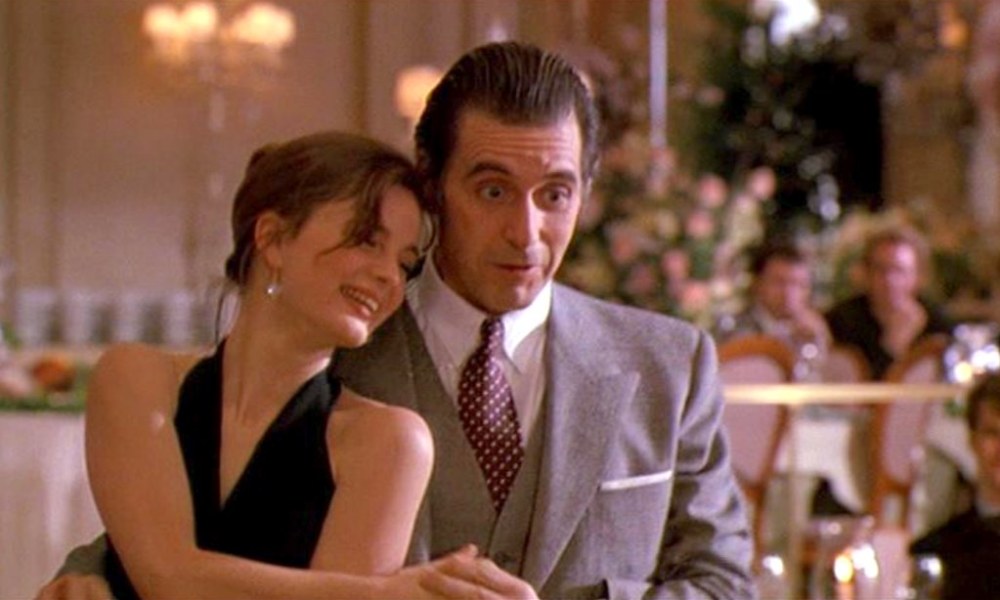 The story follows young Charlie Simms (Chris O’Donnell) as he attends a private, elite boarding school on a scholarship. He’s the poor boy in a rich environment (one that includes a young Philip Seymour Hoffman) and finds himself on the crux of a moral dilemma with his entire future hanging in the balance.

Over a Thanksgiving weekend, Charlie, who is in need of money, even as he wrestles with the quandary he finds himself in, takes a caretaker job for the weekend. He’s hired to watch over Slade for the weekend, but as soon as Slade’s family is gone, the colonel puts his own weekend plans into action and Charlie finds himself tangled up in his life and events as they head to New York.

It seems Simms has a list of things he wants to accomplish, with the last one being to blow his brains out with his service piece.

But with Charlie at his side, he begins to embrace his life, even as he encounters family he claims to despise (among them Bradley Whitford) he rediscovers the magic around him when he tangos with a beautiful young woman (Gabrielle Anwar).

And he realises how much integrity Charlie has and finds that is something he respects in the young man.

It’s a great film, a showcase for Pacino, but beyond that, like I said, I won’t be able to tell you what it was actually about in an hour or two. Just that Pacino is brilliant in it.

I can’t wait to see what comes up next with Ten Bad Dates With De Niro. 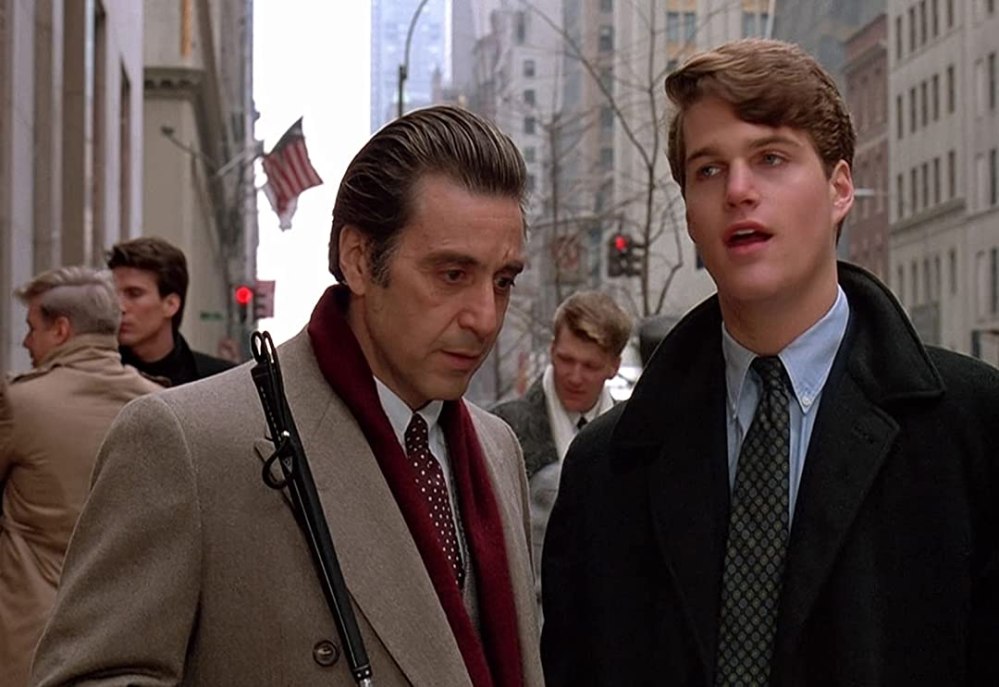