The serialised Xindi story line that was initiated by the second season finale gets truly underway this week with the launch of season three of Star Trek: Enterprise. The season opener, written by Rick Berman and Brannon Braga debuted on 10 September, 2003.

The Enterprise has been in the Delphic Expanse for six weeks. The Expanse is a region of uncharted space, one that even the Vulcans haven’t explored, and those who did, came back less than logical and sane.

To date, they’ve been unable to find the Xindi, but when the come across a freighter captain who tells them a lone Xindi has been spotted on a mining colony, Captain Archer (Scott Bakula) and his crew set out to find them.

T’Pol (Jolene Blalock) and Trip (Connor Trinneer) begin to grow closer, we are introduced to the commander of the MACOs security detachment aboard Enterprise played by Steven Culp, Major Hayes, and we realise that the Xindi are a multi-species group as we see all of them together for the first time.

There’s a lot going on in the opener, and it leans towards the big and bold, reintroducing everything, and welcoming viewers back. There’s also a new mix to the less than stellar opening theme.

Archer is a little harsher and darker now, while still reflecting the captain we’ve gotten to know over the past couple of seasons, but it’s obvious the Xindi attack on Earth and the Enterprise’s new mission has affected him, and the rest of the crew.

There’s a shift in storytelling style, music and more. The series has become a little darker now, and honestly, I think it works. I remember when it first aired, I wasn’t so sure. But with this episode, and watching it for the first time in years… I gotta say, I like it. 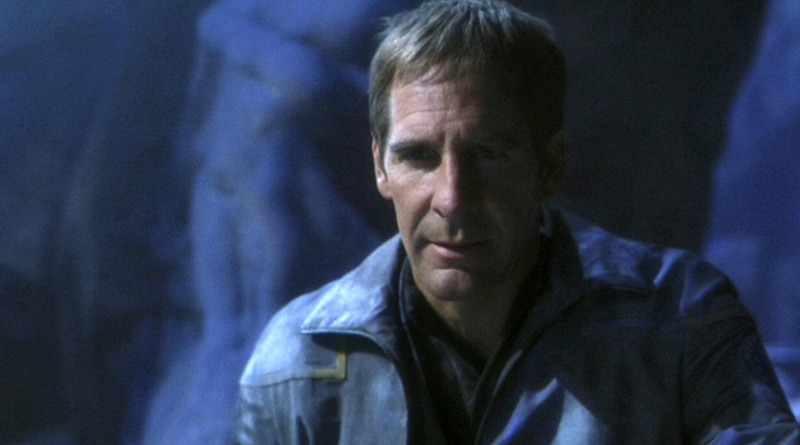 Mike Sussman pens Anomaly, which first aired on 17 September, 2003. As the Enterprise continues it’s journey through the Delphic Expanse, a region of space riddled with anomalies that are causing strange occurrences throughout the ship, a number of them begin to damage the starship.

This leaves it susceptible to pirate attack and boarding. Once aboard these pirates make off with essential resources placing the ship’s mission in jeopardy.

When they track the pirates back to their base, Archer and the crew are able to recover most of their stolen material, and with Hoshi’s (Linda Park) linguistic ability, they are able to tap into and steal a Xindi database from the pirates in the midst of a battle.

Two episodes in to the the third season and there have been a ton of action beats, and Archer is showing an angry side. And I think that’s understandable. Not only is he upset with the attack on Earth, but the fact that his mission of exploration has been subverted and changed to something he never wanted to do, but knows that he must.

It’s an interesting development for the character and the series.

The Human Adventure continues next week with more of season three as I explore Star Trek: Enterprise – The Complete Series on blu-ray available now from Paramount Canada. 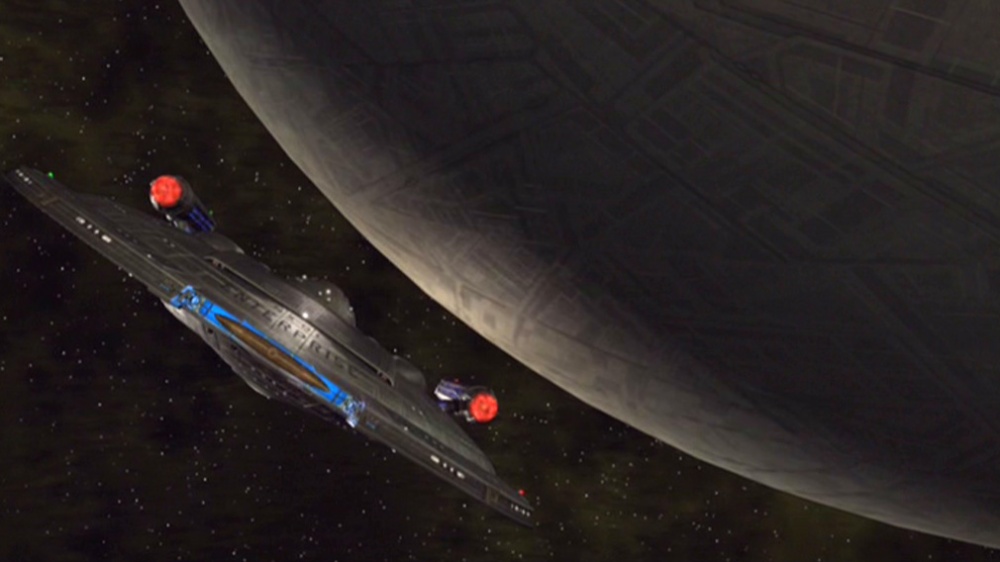