When I decided to tuck into the literary world of James Bond, and decided to read the original novels, I realised that there I hadn’t covered almost half of the films for the blog, so I figured for every Bond novel I read,I would watch one of the Bond films I haven’t written about before.

So, first up is Sean Connery’s fifth outing as 007, You Only Live Twice, and this has to be one of the most over the top Bonds of Connery’s oeuvre. Goldfinger may have introduced the gadgets, Thunderball may have carried on the tradition beautifully, but this one is just so wrapped up in its own existence in this film that it’s no wonder the spy genre of the time was so overblown.

That’s not to say I don’t like it. It’s one of my favourites and the aerial pull away during the Kobe docks rooftop fight is one of my fave shots in Connery’s Bonds. You Only Live Twice is filled with gadgets, beautiful women, exotic locations, a dangerous melodramatic villain in the persona of Blofeld (Donald Pleasance), and a hidden base in an extinct volcano. 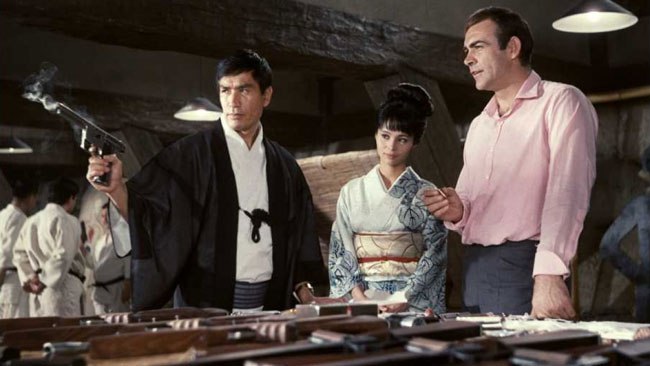 British secret service agent, 007, James Bond is assigned to Japan to find missing spacecraft, and finds himself confronting the evil plans of Blofeld and SPECTRE. And despite the fact that he is supposed to be a secret agent, his name is known all over the spy world, including his predilection for beautiful women.

Pairing up with the Japanese secret service, led by Tiger Tanaka (Tetsuro Tanba), who has his own ninja training camp and his own spy toys. That doesn’t stop Q (Desmond Llewelyn) from making a welcome appearance with Little Nellie, a one-man gyrocopter.

John Barry delivers a solid score, with a theme song crooned by Nancy Sinatra, and Connery moves through the story with an unflappable ease. It was during production of this film that he decided not to return to the role again, and a desperate casting began for the next 007.

The film itself is still solid popcorn entertainment, and while the tongue isn’t quite in cheek yet, it’s well on its way.

There’s some casting in this film that will come back to ruin continuity later in the series, though that is something the early Bond films didn’t really sweat. Charles Gray makes an appearance in this film as Henderson, a British agent in Japan, all well and good… until Gray is cast as Blofeld in Diamonds Are Forever. Then there’s character actor Shane Rimmer who pops up in both Connery and Roger Moore Bonds as a variety of characters.

Still, this was back before such things mattered, and 007 was just intent on giving us a good time at the movies, and Connery was just so cool! 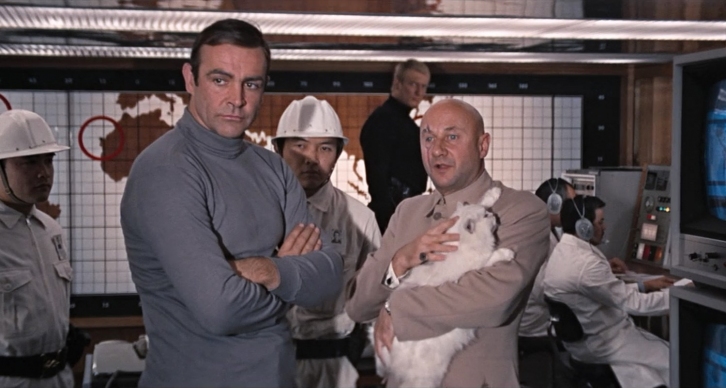